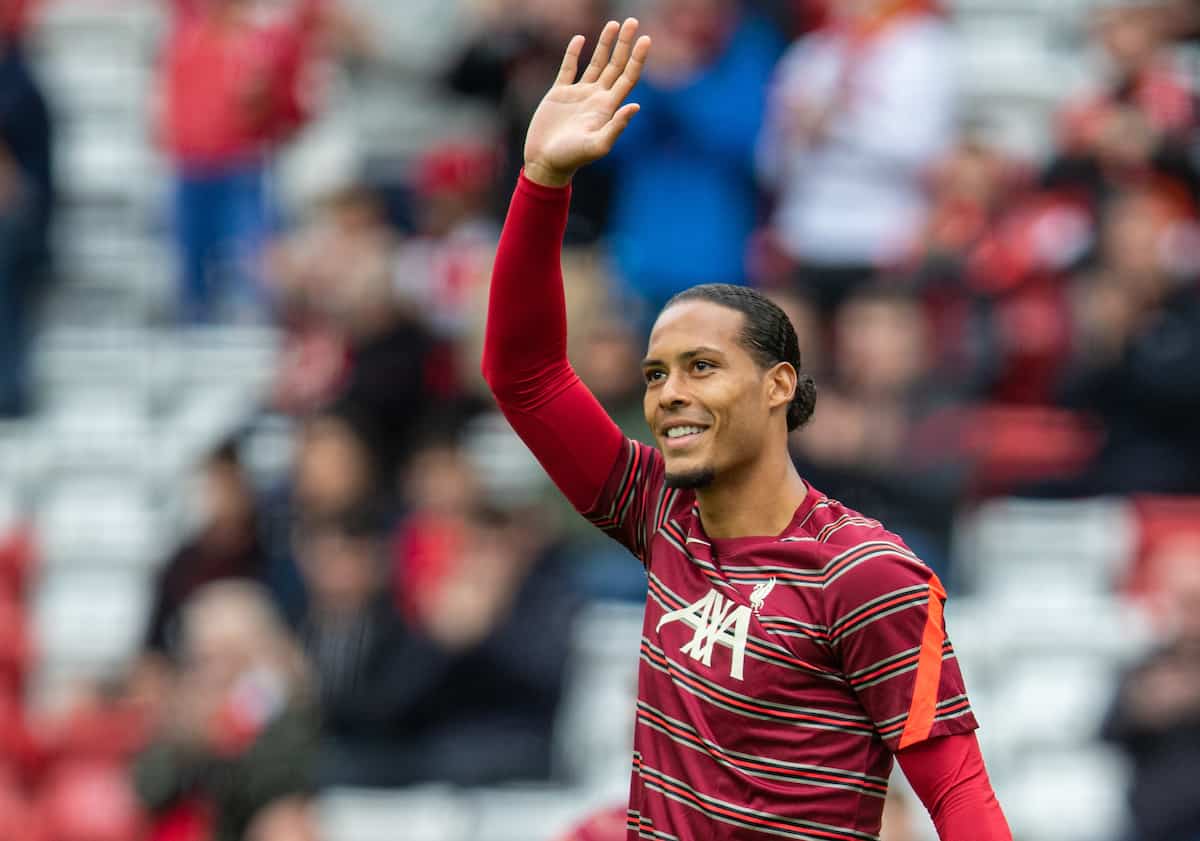 Virgil van Dijk showed he is well and truly back with a big showing against Burnley on Saturday at Anfield – and he puts a part of the performance down to the return of supporters.

Fans being back at the ground in full measure for the first time since March 2020 made a noticeable difference compared to the sterile and drab showings of last season in the Premier League.

Just over 52,500 fans were at Anfield for the 2-0 win over Burnley, and our big Dutch centre-back absolutely revelled in their presence.

“Even an early kick-off, to see all the fans back is a big buzz. We all enjoy it,” Van Dijk told the club website.

“It’s something that hopefully is going to be normal again because we need the fans – whether it’s at home games but also the away games, we need the atmosphere of fans.

“We’ve seen how football is, it belongs to the fans, with the fans. I’m just glad everyone is back.”

Our No4 was aerially dominant, showed a few great long-range switches of play and made one fantastic late recovery challenge to preserve the clean sheet against the Clarets – unquestionably his top performance in the short time since he returned from a long-term layoff.

The win meant it is now 48 Premier League games unbeaten Anfield for Van Dijk – he can reach the 50 milestone if he plays and the Reds avoid defeat against Chelsea next weekend, and Crystal Palace in mid-September after the international break. 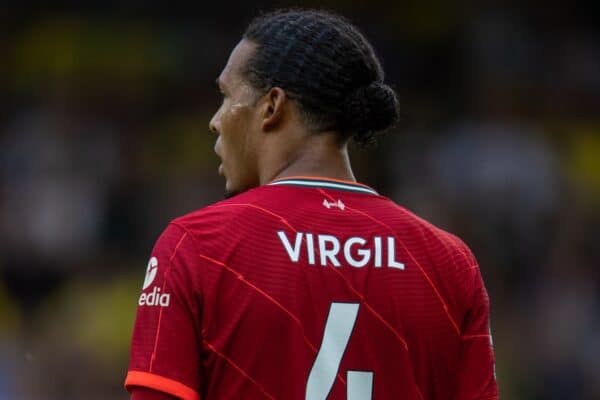 A self-professed lover of shut-outs, Virgil says at this stage it’s all about putting a platform in place to be able to have a successful season – no matter which combination of centre-backs are on the pitch.

“It was good to get the clean sheet again and something to build on, good things.

“There are some things that should be better, but to win here today with the fans back is just great.

“All the centre-backs we have at the moment, whether it’s Joe [Gomez] or whether it’s Ibou [Ibrahima Konate], we all understand each other quite well. That’s very important on the pitch.

“Today [was] the same. Joel [Matip], we played together for a while now so we know our qualities, we know the things we can complement each other with.”

By a quirk of performances and fixtures, his injury and last year’s all-round strangeness, Van Dijk’s five league appearances last season saw the Reds concede no fewer than 13 goals.

Two games, two clean sheets and 52,000 fans into the new season and it already appears we are some way back towards a much more ‘normal’ campaign on all fronts.