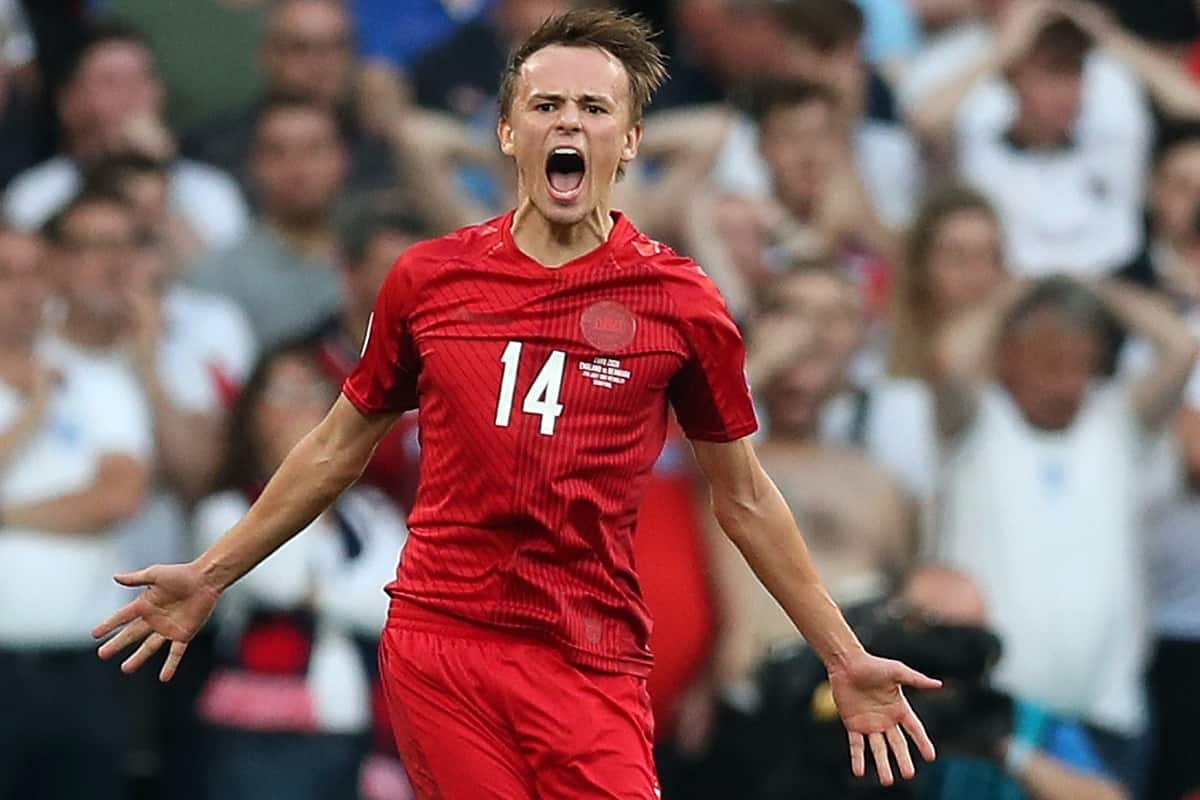 Liverpool reportedly have scouts watching Sampdoria winger Mikkel Damsgaard, the 21-year-old who caught the eye with two goals for Denmark at this summer’s Euros.

Damsgaard was one of the heroes of Denmark’s push to the semi-finals of Euro 2020, stepping into the breach following Christian Eriksen’s shocking cardiac arrest on the pitch.

The young winger struck against both Russia and England, along with providing an assist in the 4-0 thrashing of Wales, building on a breakthrough campaign with Sampdoria.

Primarily a left-sided attacker, Damsgaard can play in a variety of other roles including on the right, as a No. 10 and even in central midfield, while he was regularly deployed up front for previous club Nordsjaelland.

Damsgaard only joined Sampdoria in 2020, in a deal worth €6.7 million, but appears to be already in line for a move away, with a number of clubs claimed to be interested.

One of those, according to local publication Il Secolo XIX, is Liverpool, who they allege had scouts watching Damsgaard in the 1-0 defeat to AC Milan on Monday.

It is said that Liverpool have been long-time admirers of the young forward, but are awaiting moves from rivals such as Tottenham before approaching Sampdoria over a possible deal. 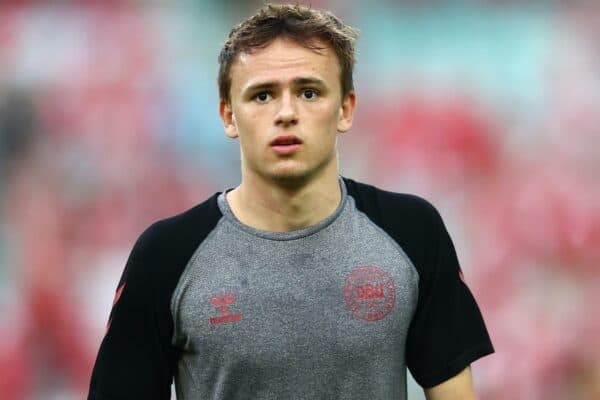 Whether or not the Reds’ interest is genuine remains to be seen, though this is not the first time Damsgaard has been linked with Jurgen Klopp‘s side.

Given his age, potential, current ability and tactical flexibility, it would be no surprise if the Dane was being considered as a possible target, particularly as Liverpool will be weighing up reinforcements attack.

Xherdan Shaqiri has already left to join Lyon in a £9.5 million deal, while Divock Origi is up for sale with West Ham, Crystal Palace and Wolves all touted as suitors.

It could be that if Origi moves on, the club pushes forward with a late move before the transfer deadline on August 31, with the likes of Jarrod Bowen, Ismaila Sarr and Pedro Neto among the targets.

Damsgaard could be an expensive addition, but he may turn out to be an ideal player to provide competition for Sadio Mane on the left flank.