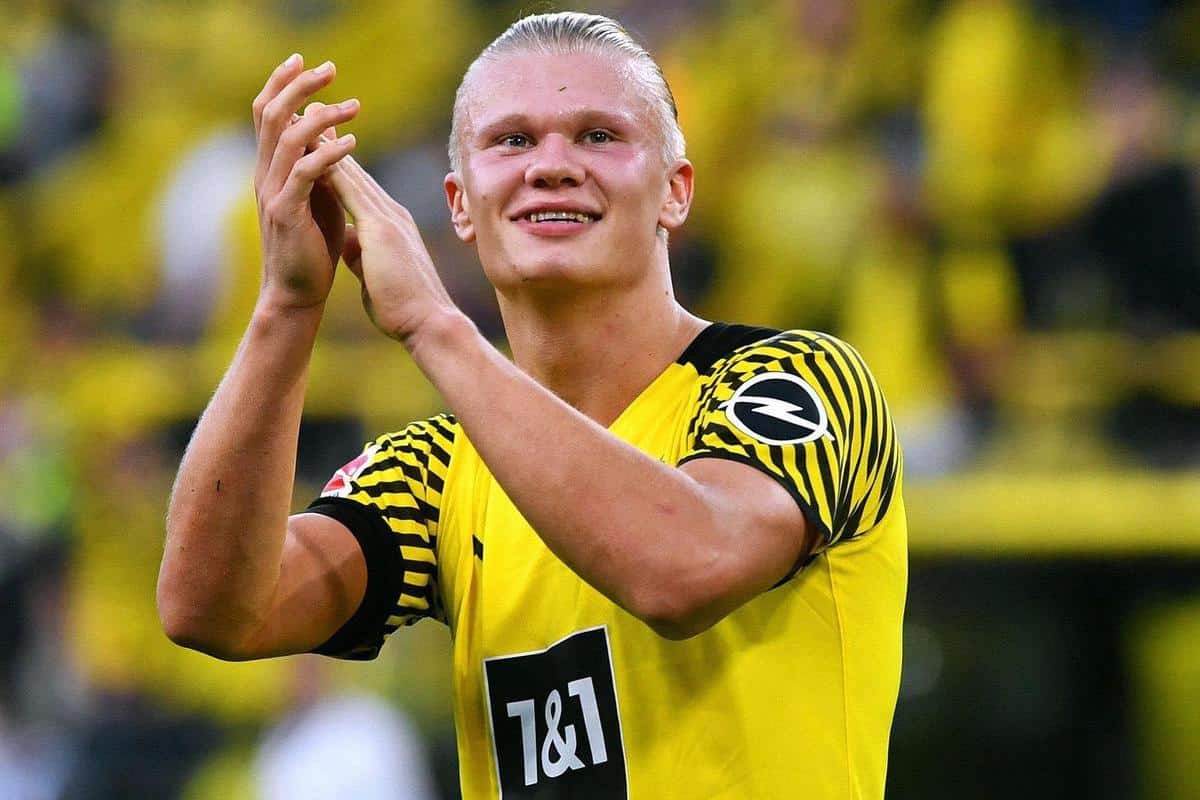 Two elite striker talents will be on the market next summer in all likelihood, with Jurgen Klopp speaking about one of them in an interview with German outlet Bild.

Kylian Mbappe is one, of course. The PSG man is out of contract next summer and latest rumours suggest he doesn’t intend to renew, which will lead to a free-for-all in offering him huge deals on a Bosman free transfer.

The other is Erling Haaland, nowhere near being out of contract with Borussia Dortmund, but with a clause kicking in next summer which allows him to leave for a reported €75 million (£64.4m).

Liverpool have been widely linked with both individuals for about the last 18 months, and given the manager’s links to the Bundesliga and Dortmund in particular, plus Haaland’s time at Salzburg where the Reds have delved in transfer dealings, it’s no surprise that he is high on the list of potential signings.

Bild asked Klopp about his opinion of the rampaging, free-scoring striker – and didn’t hold back in his praise of the 21-year-old.

“There is of course a danger with such an extraordinary talent. The boy is a force of nature,” Klopp told Bild.

“When he celebrated a goal, he hit the ball on the ground [so hard], I wasn’t sure if there was a dent in the ground!

“Sooner or later he will be in discussion with large clubs. I don’t know if that will be the case next year, but then Dortmund will have to counter it.”

Asked to detail his own potential interest in adding the Norwegian to the squad at Anfield, Klopp wasn’t coy about the fact Liverpool, and every big club around Europe, would see him as a talent to covet – but also pointed out where improvements are to be made, as is usual in young players.

“He’s just a very interesting player. I really like the energy he brings to the pitch. But he would generally be seen [that way] by most of the teams.

“If a goal is [conceded] at the back, something has already been done wrong at the front.

“He should also think about that in such situations [when he gets frustrated]. But he is still young and can still develop.”

Klopp’s words are a long way from an assurance that the Reds will be in the running to sign the clinical striker – but there’s absolutely no chance he would have said anything along those lines, regardless of whether we do or don’t want him.

But fans could rightly get excited about the thought of just how much extra our manager could harness and improve the talents of Haaland, given how other forwards have developed at Anfield in the past few seasons.

Shall we have a whip-around on the Kop between now and May?