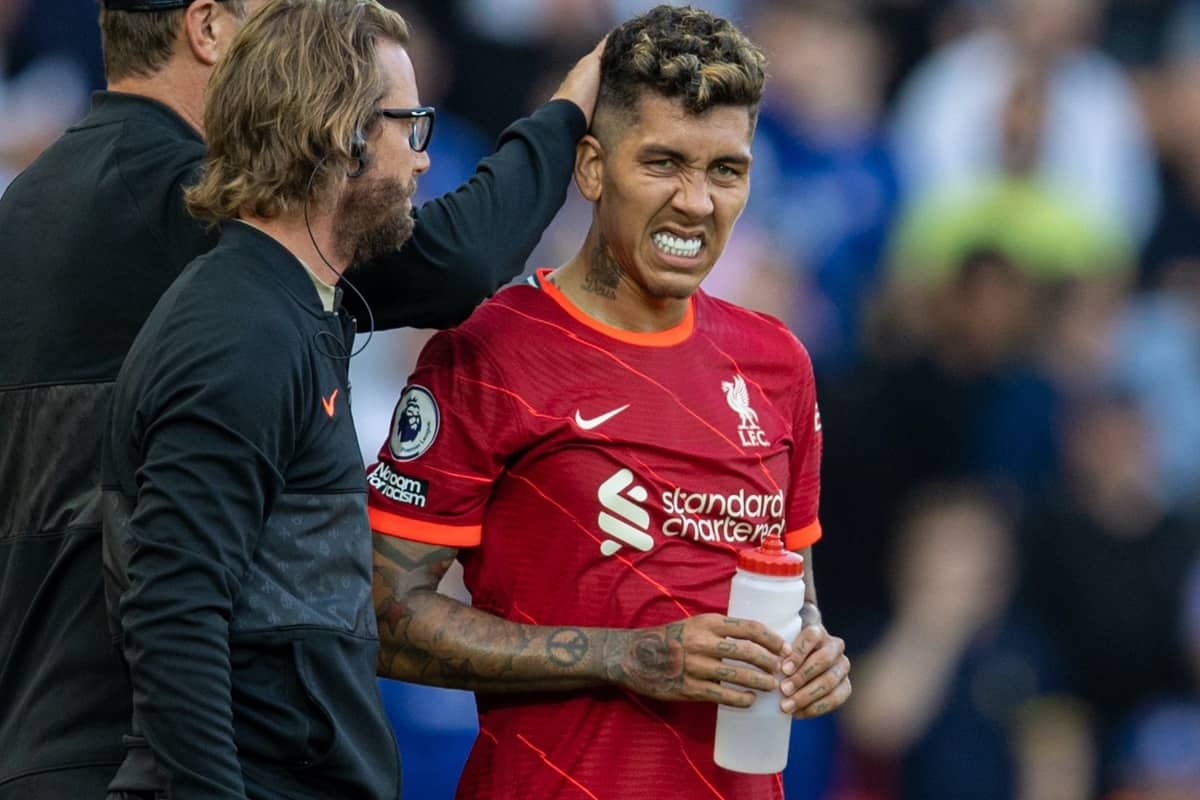 Roberto Firmino suffered a hamstring injury in Saturday’s 1-1 draw with Chelsea, but though the club are awaiting further scans the issue is described as “not serious.”

Firmino made his first start of the season for the visit of Chelsea to Anfield, but was forced to withdraw before the end of the first half as Diogo Jota took his place.

It was a blow for both the Brazilian and Liverpool, with Firmino playing a vital role on and particularly off the ball in the opening stages of a game that ended with a share of the points.

After the draw, Jurgen Klopp was asked if the No. 9 was OK and replied “not really,” though he added that he would “hope it’s not too big a problem.”

The striker underwent scans on Sunday to discover the severity of the injury, and journalists have now reported fairly positive news.

According to the Times‘ Paul Joyce, the issue is “not serious,” though the club are now awaiting further results, allowing for the damage to settle before a final diagnosis is made.

The Liverpool Echo‘s Ian Doyle adds, however, that Firmino is “expected to be sidelined for at least a couple of weeks.” 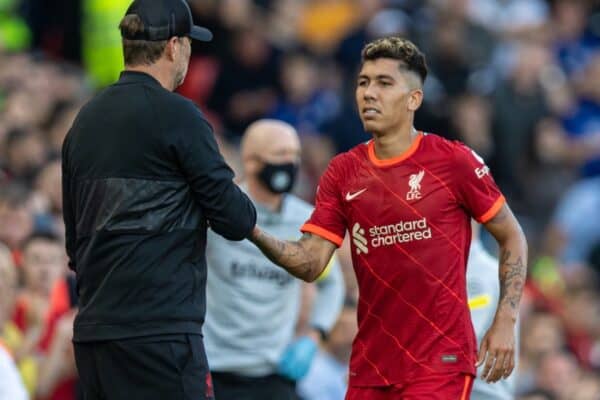 Doyle rules that the 29-year-old “must be considered a doubt” for the upcoming clashes with Leeds (September 12) and AC Milan (September 15), which is, of course, common sense.

The visit of Milan marks the start of the Champions League campaign, and in Firmino’s absence it is likely that Jota will continue as Liverpool’s first-choice striker.

It can be argued that this is a natural transition given their respective runs of form over the past year, but Klopp would still benefit from having Firmino fit and available for a busy stretch of the season.