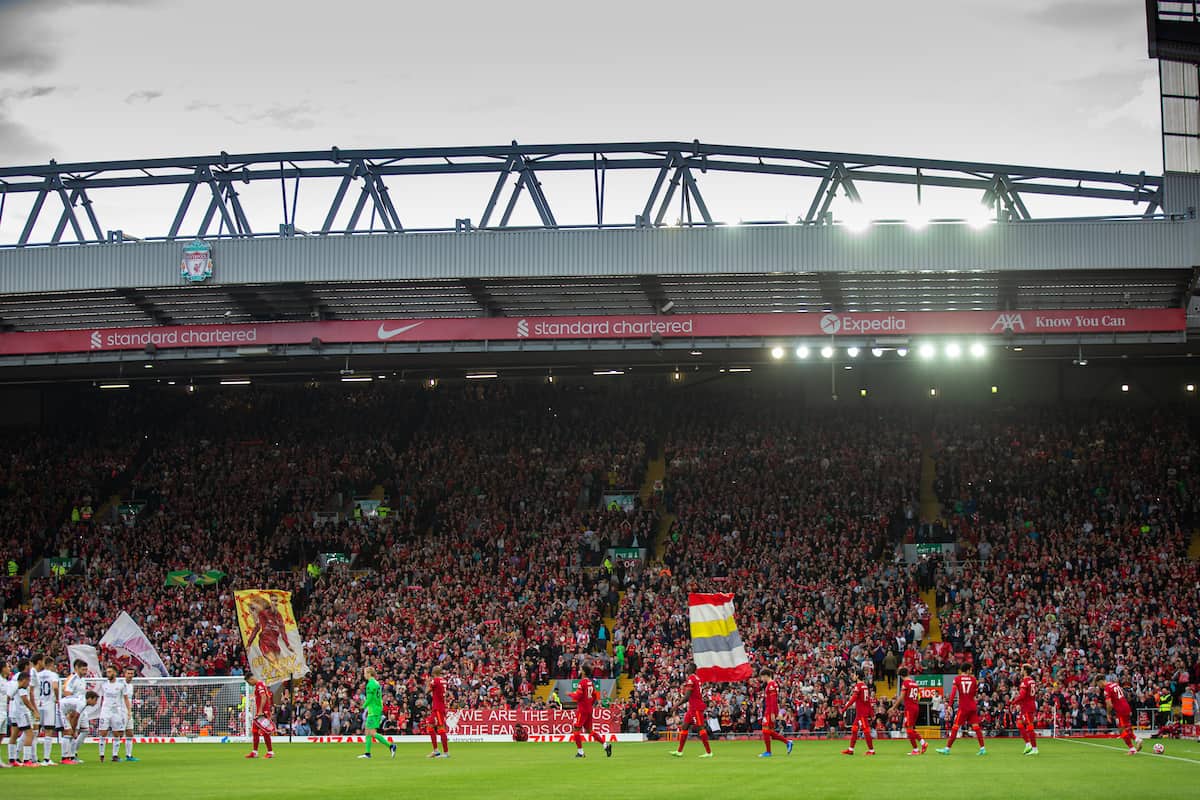 As Liverpool prepare to play in front of large crowds again in the Premier League, lifelong fan Matt Dodd reflects on the importance of football as a shared experience.

I was brought up in a footballing family. Albeit enthusiastic rather than gifted players, our week was often built around the ritual and routine of football.

Family meals were moved to avoid fixture clashes and holidays were interrupted to find foreign broadcasts or country pubs with Sky Sports.

I fell in love the first time I went to a game, the sight of a perfect green pitch as I walked up the stadium stairs was best described, not by a Red, but by Bobby Robson when he said:

“What is a club in any case? Not the buildings or the directors or the people who are paid to represent it. It’s not the television contracts, get-out clauses, marketing departments or executive boxes.

“It’s the noise, the passion, the feeling of belonging, the pride in your city.

“It’s a small boy clambering up stadium steps for the very first time, gripping his father’s hand, gawping at that hallowed stretch of turf beneath him and, without being able to do a thing about it, falling in love.”

My first game was New Year’s Day, 1996, a chance for my parents to hide the cost of tickets as a Christmas present. After falling 2-0 down Liverpool beat Forest 4-2, and I was hooked.

In the 25 years since I’ve been a ‘regular’ rather than an ever-present at games, and as an adult I’ve shared a season ticket, attending every other week with my Dad. 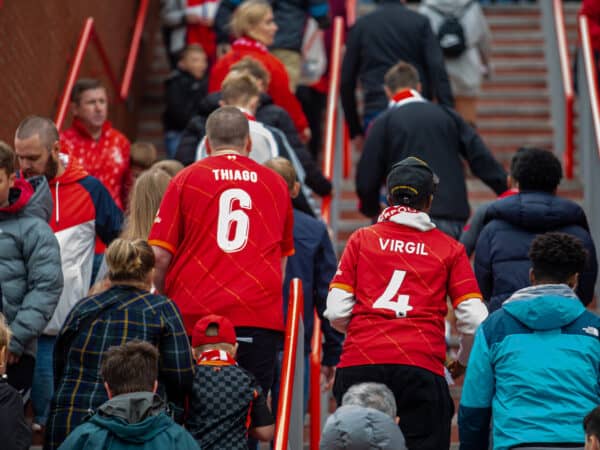 Once a month we would walk up to the stadium and I would be fed a regular diet of stories of St Etienne or Chris Lawler riding the same bus as him home after a particularly bruising game against Blackpool.

In the weeks we wouldn’t go to the games I would often ‘call in’ at my parents happening upon their Sky Sports subscription and a bite of lunch through the pantomime of a happy coincidence.

But as attention moves towards the new season I’ve taken a step back to look at how I’ve watched games over the past year-and-a-half, how I’ve replaced what was a shared and social experience with something more lonely and removed.

Naturally, when games started again restrictions meant that I was watching on my own. Occasionally my daughters would feign interest for 10 or 15 minutes before returning to Peppa Pig and demoting me to watch on a tablet or smartphone.

That became my ‘new normal’: games on in the background as I did the washing up or silently stealing my attention as family life went on around me.

The other impact I noticed was the impact of fantasy football on my enjoyment of the game. It had gone from a fun pastime to something which impacted how I watched games, considering the impact of real goals scored and conceded on a fictional team in a fictional league. A bigger topic of conversation with friends than the actual games themselves.

And so, on the eve of the 2021/2022 season I’ve considered the changes I want to make to enjoy the season more (regardless of how Liverpool play).

The first is, I’m going to either watch a game or I won’t. I don’t want to have any matches in the halfway house of ‘keeping an eye on it’. And, if this means I watch one game a week properly rather than having three on in the background I think that’s progress.

The second is to remember that football is social. If I can watch with others, I will, be it with family, friends or even calling to the local pub for a midweek game.

I want wins and losses to be a shared experience, rather than me celebrating Alisson Becker’s next goal by myself.

On this, I want the game to be the experience I share. Not through fantasy football, a reaction to a post-match interview or the media conjecture generated by Roy Keane’s post-match clickbait. 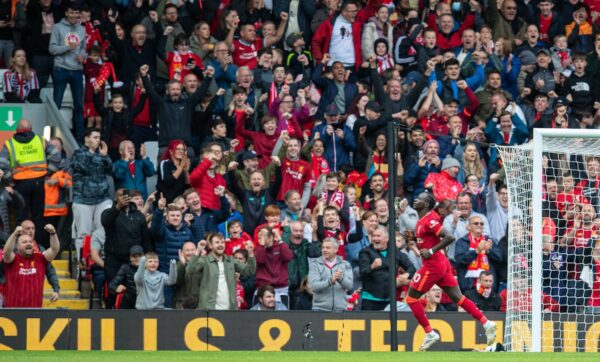 I want to watch, enjoy and talk about football, not the noise we all generate around it.

Finally, I’ve got a newfound appreciation that I actually get to go to the match with my Dad.

And as fans return to the stadiums across the country this week, I spare a thought for those who will experience their grief brought fresh again through the loss of a regular routine with a loved one.

The only fitting way I can think to mark them is to ask my Dad, as we make our way to the stadium, about the bus ride he shared with Chris Lawler again.