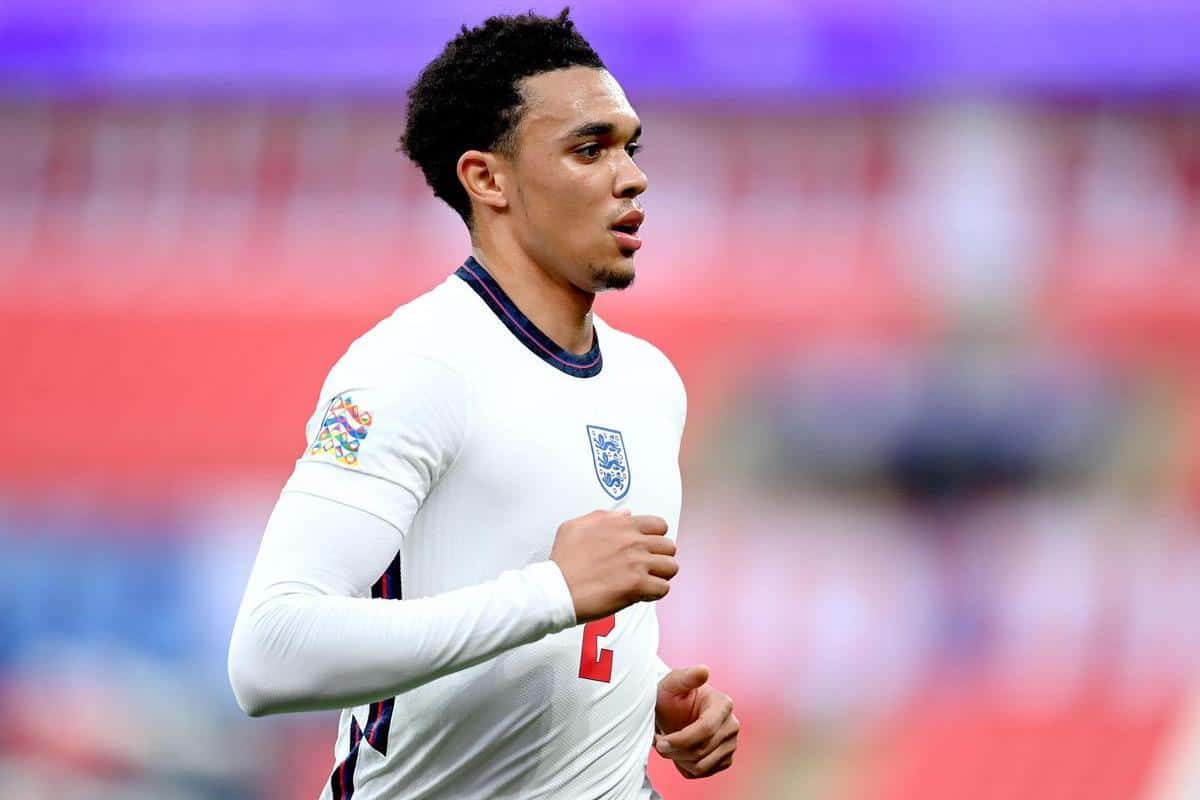 Trent Alexander-Arnold was handed a major disappointment in the summer with an injury less than 24 hours after being named in England’s Euro squad, but he’s set for a recall.

Liverpool’s right-back was thrust into the spotlight at the backend of last season as many questioned whether he should or should not be named in Gareth Southgate’s Euro 2020 squad.

Common sense would prevail with his place in the 26-man squad, only for a quad tear in a warm-up match against Austria derailing all he had worked for.

It was a major disappointment for Alexander-Arnold as he was left to watch on as the Three Lions progressed to the final at Wembley before falling short in a penalty shootout.

But he would return in time for pre-season and after a week on an individual programme, he has not looked back since having featured for 301 minutes in pre-season before starting both Premier League games to date. 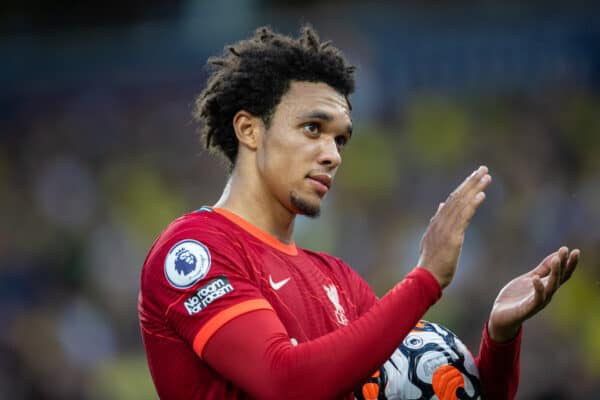 Aside from a wayward pass on two that is expected early doors, the 22-year-old has looked to be finding his groove both in defensive and attacking phases, where he has an assist to his name.

And it is set to see him selected in England’s squad for the September internationals according to The Times, with Southgate expected to name a similar group of players to those at Euro 2020.

England will be without the injured Phil Foden and Marcus Rashford, but Liverpool’s No. 66 will still face competition from the likes of Kyle Walker, Reece James and Kieran Trippier.

There are three scheduled games for Southgate and co. in September with World Cup qualifiers against Hungary (September 2), Andorra (September 5) and Poland (September 8).

The right-back will be expected to head off on international duty with Jordan Henderson, but Alisson, Fabinho, Roberto Firmino and Mohamed Salah are to remain on Merseyside after the club and Premier League blocked call-ups due to games in red-list countries.