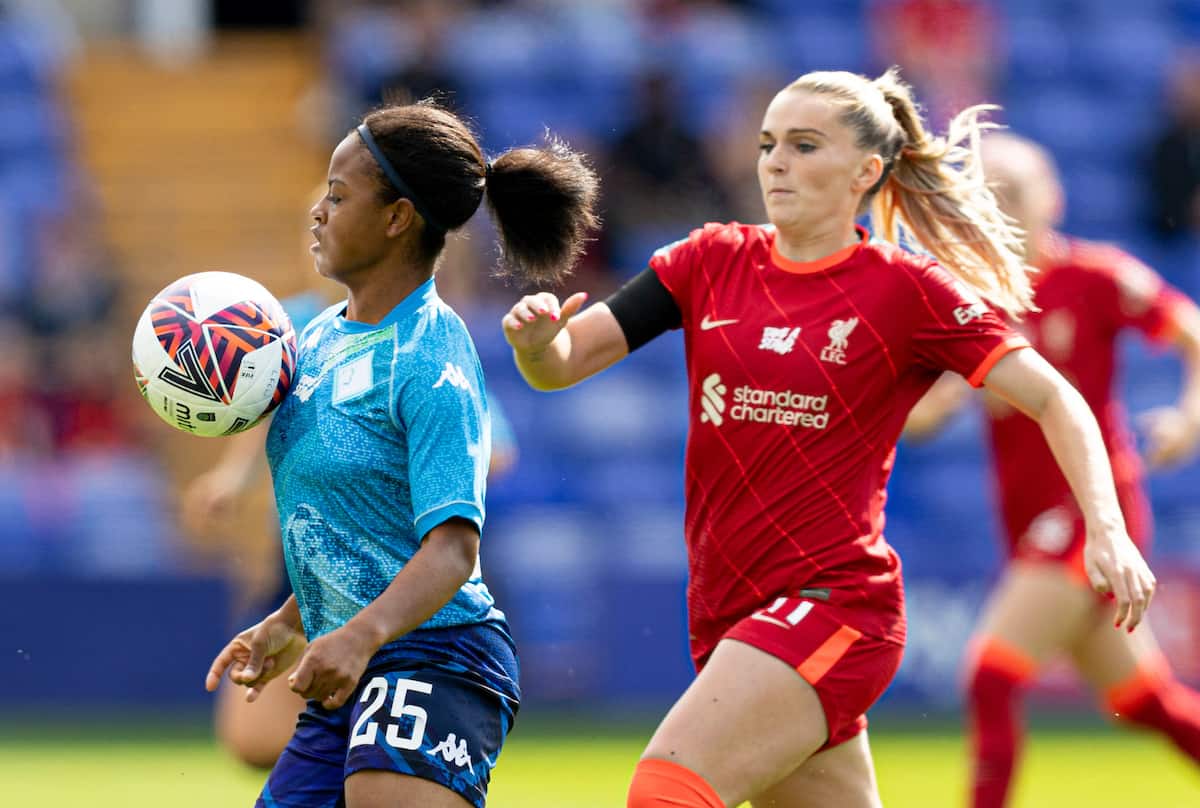 Liverpool FC Women’s season is underway at Prenton Park and you can watch the start of their promotion bid here, with London City Lionesses the opposition.

The Reds have one aim this season: win the FA Women’s Championship title – one that would earn them a place back in the Women’s Super League.

Under new manager Matt Beard, the Reds have added a number of fresh faces and their 22-game campaign starts with the visit of London City.

Hundreds are in attendance at Prenton Park and you can watch the Reds’ season opener here:

* Video from LFCTV on YouTube, geographic restrictions may apply.