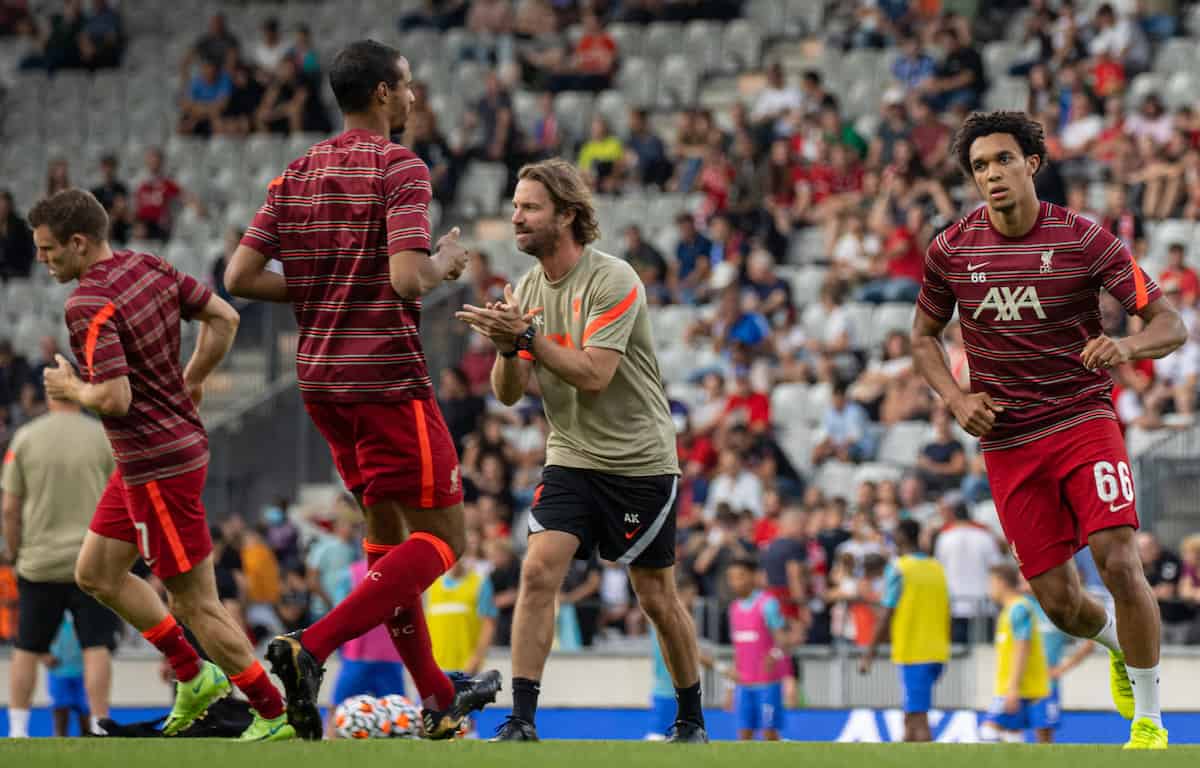 With the new season just nine days away, Liverpool‘s pre-season continues with two 60-minute games against Serie A’s Bologna. Here’s how to watch on TV and online.

The Reds’ time on the continent is almost up, with the double-header the last of six games following on from 1-1 draws with Wacker Innsbruck and Stuttgart, a 1-0 win over Mainz and a 4-3 defeat to Hertha Berlin.

A return to Anfield then awaits for two more games, but Jurgen Klopp will be looking to see his players continue to hone their match sharpness and build their all-important fitness levels.

Virgil van Dijk and Joe Gomez are expected to get more minutes under their belt following their comeback last week.

And Thiago, Alisson, Fabinho and Roberto Firmino could also feature for the first time this summer in one of the two games today, with kickoff scheduled for 3pm and 5pm (BST).

The first game gets underway at 3pm (BST) – or 4pm in Evian, 10am in New York, 7am in Los Angeles, midnight in Sydney, 6pm in Dubai and 5pm in Nairobi.

Liverpool‘s double-header vs. Bologna is being shown live on LFCTV in the UK, which is available to live stream here.

Fans outside of the UK can watch Liverpool‘s double-header vs. Bologna on LFCTV GO here, with a full match replay and highlights also available after the games.

Supporters can find the Reds’ pre-season friendlies on the following channels worldwide:

You can follow all the action tonight and throughout pre-season with us by downloading the This is Anfield app for iPhone and Android for free.