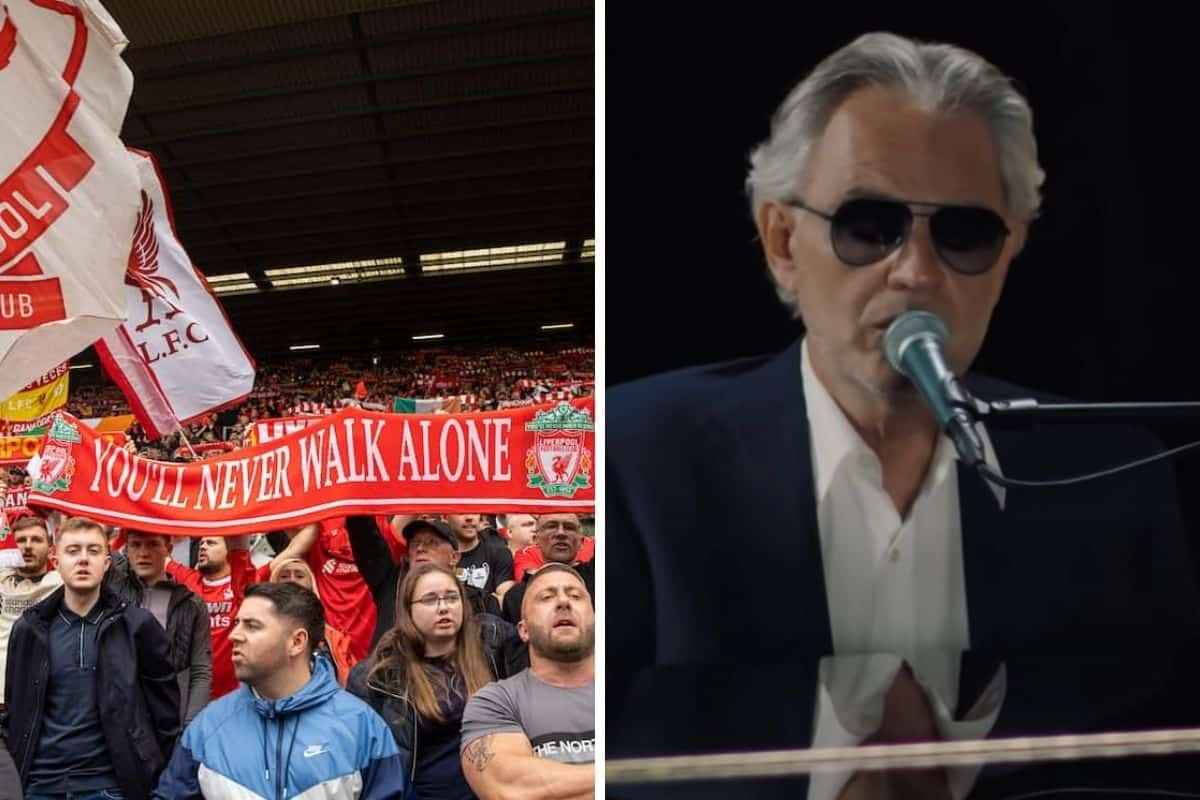 It’s been our anthem since the 1960s and its significance covers the world over, with one spine-tingling edition after another thanks to the message it conveys.

You’ll Never Walk Alone is easily the most well-known song in world football, with Gerry and the Pacemakers’ version having been a staple at Anfield for nearly 60 years now.

It provides words to live by and is there to turn to in the darkest of times and the most triumphant of ones, it evokes a powerful range of emotions each and every time.

It’s an anthem that is everpresent, from an act of defiance to an offer of support, it simply resonates with so many beyond just Liverpool Football Club.

The return of a capacity Anfield against Burnley provided another spine-tingling moment that was 17 months in the making and now the legendary Italian opera singer Andrea Bocelli has offered his take.

Promoting his 2020 album ‘Belive’, Bocelli took to the stage on The Tonight Show Starring Jimmy Fallon to perform You’ll Never Walk Alone, the first track in a lineup of hits:

It’s certainly a different take from what we are accustomed to but it is special nevertheless, and Bocelli’s pre-recorded rendition takes it up another notch with a choir and orchestra.

The words are what resonates and when Bocelli sings, you cannot help but take notice.

The original tune was written for a musical titled ‘Carousel’, which was released in the USA back in 1945 but its significance in the world of football is where it truly made its mark.