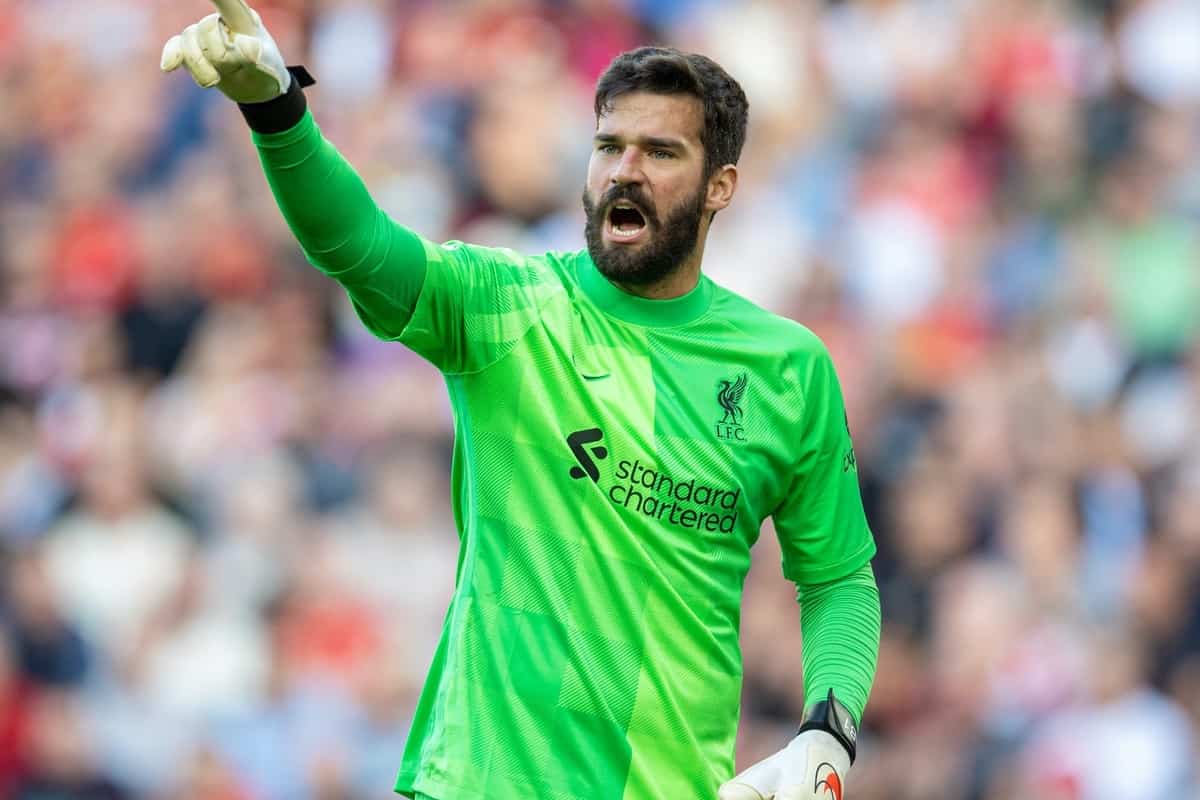 With the pandemic still very much ongoing, Premier League clubs made the sensible move to refuse international call ups for those destined for red list countries, but Brazil are not lying down easily.

Liverpool blocked Mohamed Salah, Alisson, Fabinho and Roberto Firmino, who would have ultimately been withdrawn due to injury, from being called up in the September break due to a 10-day quarantine on their return.

With exemptions no longer in place for players making their way back from red list countries, their participation would have seen them miss the games against Leeds, AC Milan and Crystal Palace.

And while it is a disappointment for the players, it is a sensible move for all concerned but yet the Brazilian football federation is looking to punish the players further.

According to the Times, they are “expected to demand that Fifa imposes the five-day rule” on Alisson, Fabinho and the Premier League‘s five other Brazilian internationals.

This would mean that they would be ineligible to play in matches for their club for five days after the end of the international break, which would see the Reds duo miss the clash against Leeds.

The Brazilian FA wrote to clubs to demand their players to be released last week after the Premier League‘s decision, while FIFA president Gianni Infantino made an appeal to Boris Johnson to provide an exemption.

None was forthcoming and now FIFA are expected to receive a complaint from Brazil that could result in a five-day ban, favoured over a 10-day quarantine but still far from ideal.

Aston Villa and Tottenham‘s decision to break rank by allowing their Argentinian contingent to travel to South America failed to help matters and now players find themselves at the mercy of the men in suits.

It’s hardly an amicable solution when a further two international breaks are to follow in as many months, with the players set to be put in a tug of war between club and country.

It’s one to keep an eye on over the coming days as Jurgen Klopp could travel to Leeds without Alisson and Fabinho, in addition, to Firmino due to injury despite them having never left Merseyside.