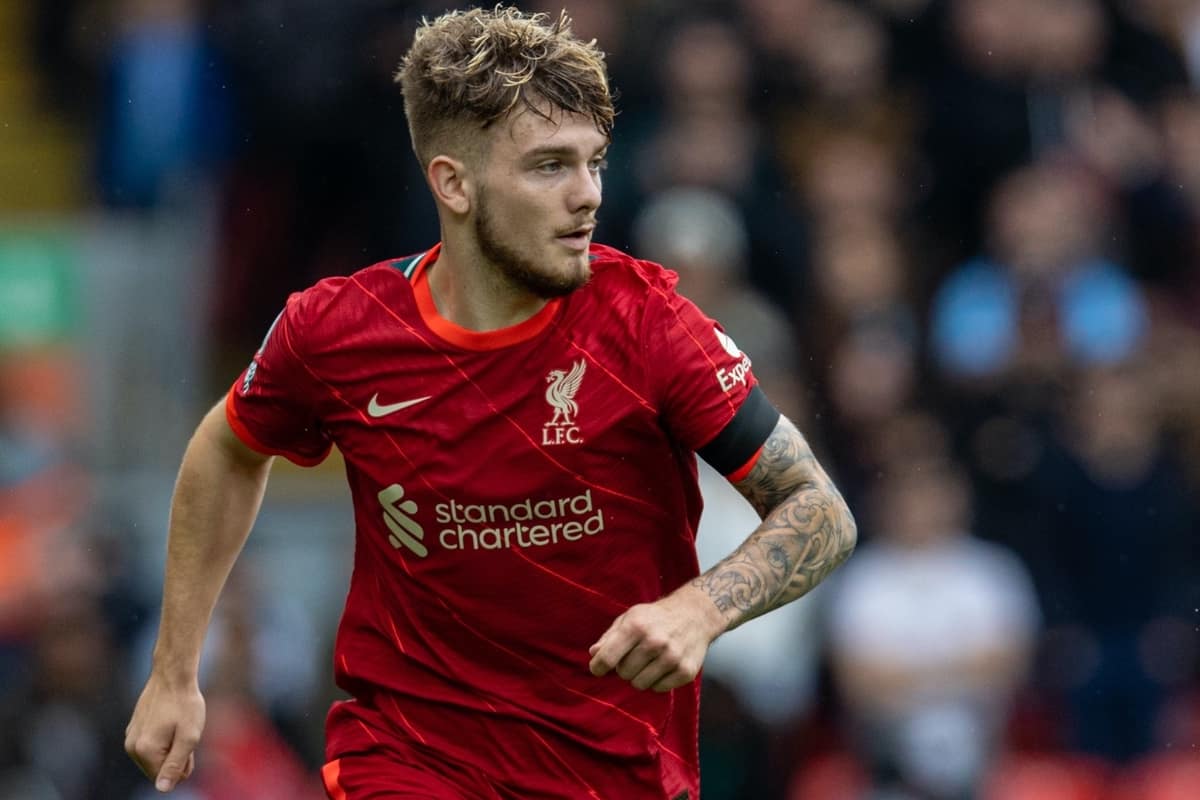 Jurgen Klopp has confirmed that Harvey Elliott will undergo surgery on his ankle in London today, with the 18-year-old in the “best possible place” mentally.

Elliott was stretchered off during Liverpool’s 3-0 win over Leeds on Sunday, and was transported directly to hospital for treatment before being discharged later in the evening.

It was a crippling blow to the Reds despite their comfortable victory, with the mood surrounding the result at Elland Road decidedly low.

Klopp shared this as he took media duties with various broadcasters, but on social media Elliott was more positive in vowing: “I can’t wait to be back faster, fitter and stronger.”

The first step in his recovery takes place on Tuesday, with Klopp confirming in his pre-AC Milan press conference that the 18-year-old is due for surgery.

“I spoke to him the night after the game already, [mentally] he was in the best possible place for that moment,” he told reporters. 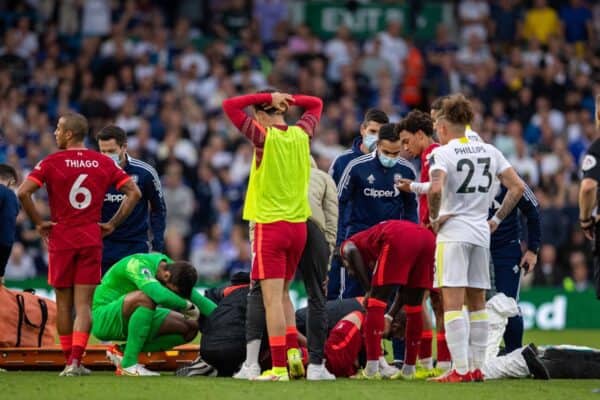 “He took it already, he accepted it already. He knew he would be out for a while.

“Today he is in London and will, as far as I know, probably have the surgery today.

“That’s, then, obviously the next step on the way back. We all wait for news from that after the surgery.”

No timeframe has been placed on Elliott’s return at this stage, but a rough date could be provided following his surgery, depending on the results.

The hope will be that the teenager is back fit and firing for the second half of the campaign, but patience will be required from all parties after such a shocking injury.