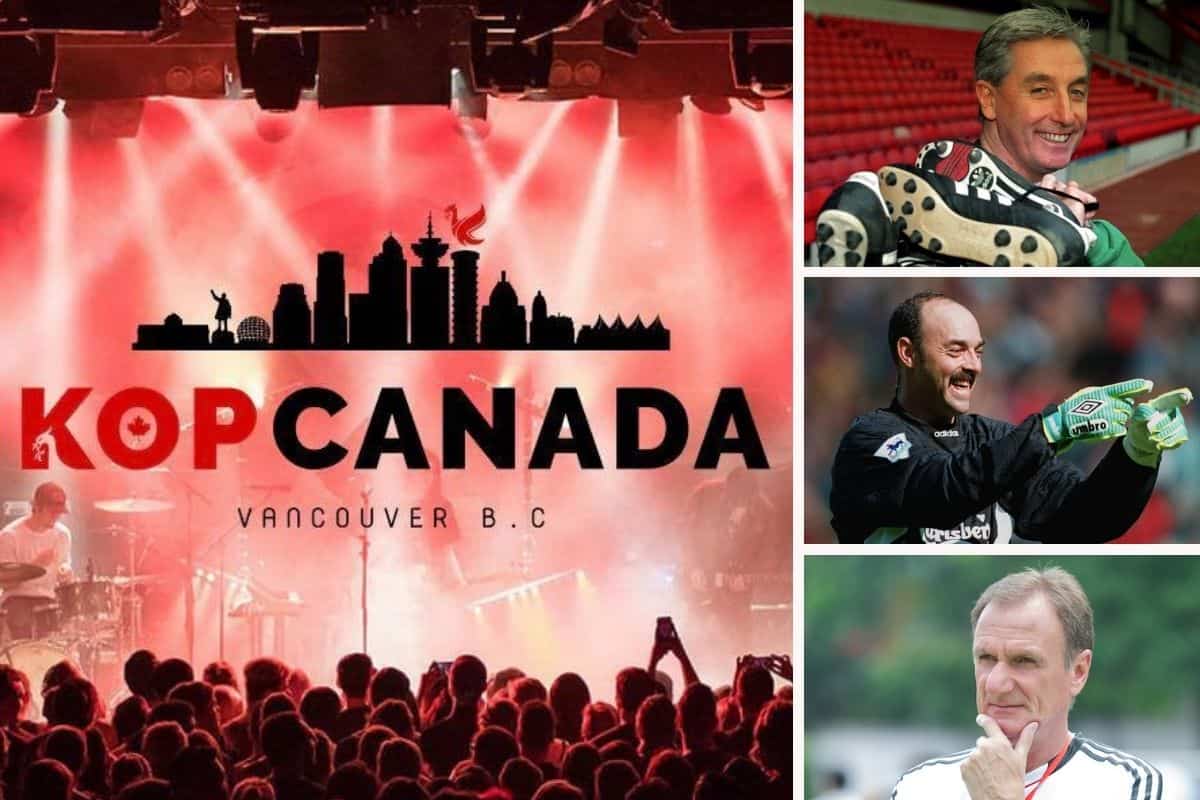 Alex Malone is a co-founder of KopConnect and a long-time writer for This Is Anfield. The KopConnect team is hosting a three-day Liverpool fan event in Vancouver, Canada this November.

We speak to Alex to find out more.

Hi Alex, good to speak with you. So, you have an exciting Reds fan event, Kop Canada, coming up soon. Can you tell us about it?

Yes, it’s been a long time coming with covid putting the mockers on everything, but it’s finally happening. It’s a three-day event in Vancouver, Canada from November 5-7th and features Liverpool legends and musicians, as well as other special guests.

It’s going to be quite the party – and let’s be honest, we could all do with a party right now!

How did it all come about?

We had the idea of putting on a multi-day, multi-event Liverpool fan party a few years back. As you know, there are lots of really good Liverpool fan events but the majority of them are one-night events and quite often, you don’t have much one-on-one time with the players.

We wanted ours to be more of a convention or festival feel, and to take place across multiple days with different events spread throughout.

Our first three-day event was in 2019 in Las Vegas on the weekend we won the Champions League. The timing was a brilliant fluke because when we set the dates for it we had no idea it would fall on Champions League final day and with us competing in and winning it! We had Roy Evans, David Johnson and Howie Gayle in attendance that weekend to help celebrate number six with us.

This being an immersive and interactive event is what I think sets us apart from other events. What I mean by that is, the legends and special guests are mingling with us the fans for the entire time. So, you can have a pint, a chat and banter with each of them throughout the weekend. They’re part of the crowd, celebrating like everyone else.

The Vegas event was such a positive experience for everyone involved, it gave us the motivation to want to do it again. The feedback we received from those in attendance centred around the camaraderie, the banter and the lifelong friendships that came out of it. In fact, many of those who were at the Vegas event are flying to Canada to be part of this one too.

So what do you have planned across the 3 days?

It kicks off on the Friday evening, November 5th with a ‘Pub Night’ across several Donnelly’s Pubs in downtown Vancouver. Donnelly’s own the Butcher & Bullock Pub which is home to the Vancouver Liverpool fans, and they’ve been great in helping us.

The pubs will be exclusively for our guests on that Friday evening. The whole night will be music, dancing and singing with other Reds. There’ll be musical acts at all the pubs and it will be one big, raucous Liverpool fan party.

Saturday morning November 6th we’ll host both a meet and greet with all the celebrity guests and players.

The Saturday evening is the main event and multi-media extravaganza.

‘Legends Night’ will be held at The Commodore Ballroom in Vancouver. It’s a world-class, world-renowned venue and one of Canada’s most famous venues for concerts. Everyone from The Clash to Nirvana, The Police, U2, David Bowie, Radiohead, White Stripes, Blur and Lady Gaga have played there.

We have an absolute stellar night planned with full stage and light show.

That will be followed by Liverpool legends, Roy Evans, Bruce Grobbelaar and Phil Thompson, up on stage reminiscing and answering fans’ questions.

Completing an incredible musical line-up, we have Liverpool’s own Pete Wylie from The Mighty Wah! and Cavern regular Marc Kenny (Si Señor and Egyptian King) both doing full sets.

Pete will perform his classic top 40 hits including, of course, Heart As Big As Liverpool. Marc will see out the evening leading the fans through the entire repertoire of Reds’ anthems. I think you can probably guess the final song, which will feature an all-star cast in what will be an epic grand finale. I can’t wait to experience it myself!

The final day, Sunday, November 7th, kicks off with the West Ham vs. Liverpool watch party at 8:30am local time at the Donnelly’s pubs.

Then, immediately after the game, we are hosting a special event in collaboration with the Vancouver Whitecaps at the Butcher & Bullock pub. In attendance with former Whitecap Bruce will be a couple of his teammates from his days as a Vancouver player.

We’re also very excited to announce that Axel Schuster will be joining us. He’s the sporting director for the Vancouver Whitecaps, but more pertinent to Reds fans is that he worked side by side with Jurgen Klopp while they were both at FSV Mainz. I’m sure he’ll have some interesting Jurgen stories he can share with us.

That’s quite a line-up. It sounds pretty amazing.

We’re really excited about it. We want this to be an extra special Liverpool fan event that will live long in the memory.

For many fans there hasn’t been a true celebration since lifting #19 because of this bloody pandemic. So, this will be a fantastic opportunity to celebrate along with hundred of other Reds, and in the company of legends who’ve won just about every honour in football.

Oh, on the subject of covid, it is worth mentioning that the Province of British Columbia is requiring participants to all events in Vancouver to be fully vaccinated against covid. So, anyone travelling in for the event will need to bring their proof of vaccination with them.

Good to know. So how do people go about purchasing tickets?

If you go to kopconnect.com everything you need to know about the event is right there.

There is a link to buy tickets and another to book a hotel room if needed. We’ve negotiated the best rates in Vancouver at GEC Granville Suites for any Red who uses the link on the website to book their hotel room. But please be quick if you need one, because over 70% of the rooms are already sold.

* You can buy tickets for KopCanada, here.