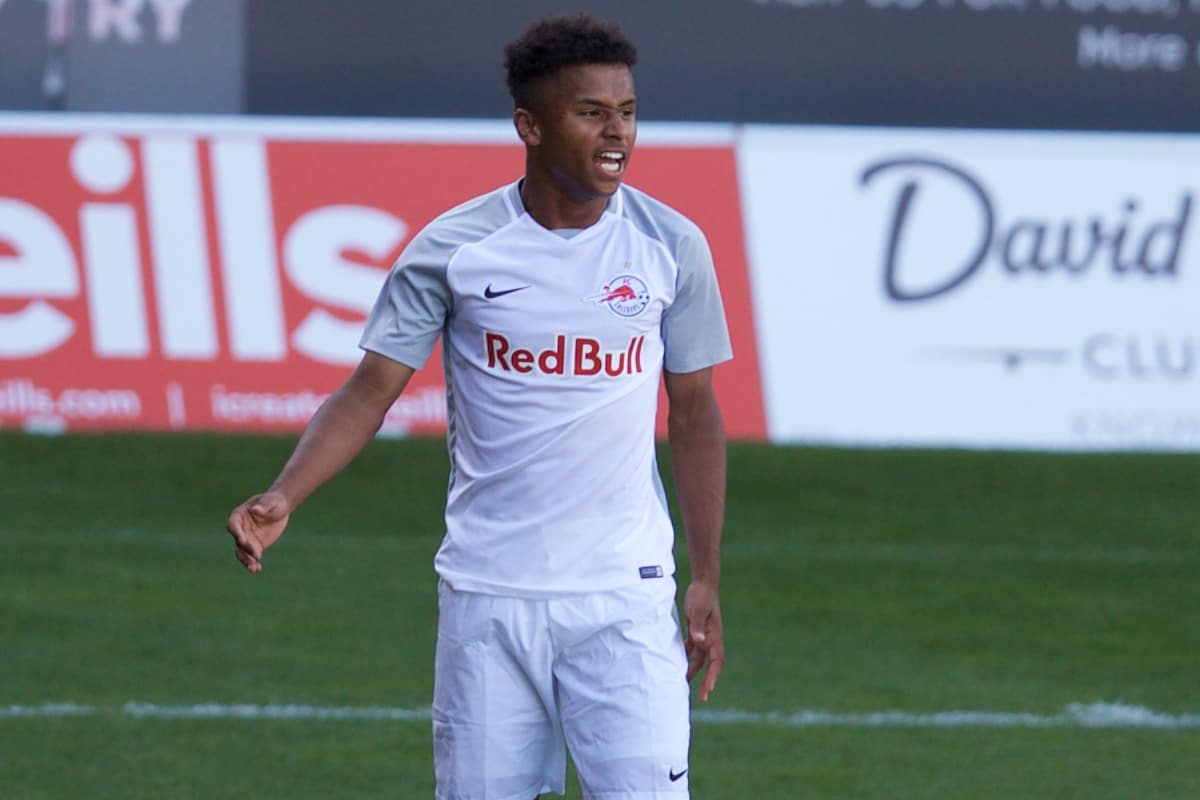 Liverpool have been linked with a move for Red Bull Salzburg’s 19-year-old Germany striker Karim Adeyemi, who has scored seven goals in nine games so far this season.

Adeyemi made his debut for the Germany national team on Sunday, coming off the bench to score the sixth goal in a 6-0 rout of Armenia in Stuttgart.

It took the teenager just 20 minutes to net his first senior international goal, following an excellent run of form to start the campaign that has seen him fire seven times in nine appearances for Salzburg.

Stepping into the void left by Patson Daka upon his £23 million move to Leicester, Adeyemi has proved himself a worthy successor to the production line that also includes Erling Haaland.

Capable of playing on either wing but at his best up front, he had already been a reliable squad player in his first full season in the Salzburg first team, scoring nine and assisting 11 in 39 games to average a goal contribution every 64.6 minutes.

But this season is allowing him come to the fore, and unsurprisingly, that has already led to links with three of Europe’s biggest clubs.

Germany publication BILD claim that Liverpool, Bayern Munich and Barcelona all have Adeyemi “on the list,” though the striker still has three years left on his contract and is already valued at €20 million.

It seems to be a rather predictable link, and a throwaway line at the bottom of a short piece about the youngster’s goal for Germany, but it is definitely an interesting one. 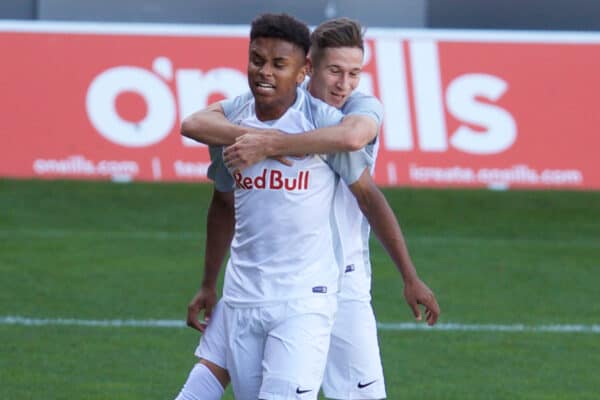 Liverpool will be considering their options when it comes to the forward line in the coming transfer windows, having failed to add to Jurgen Klopp‘s attack in the summer just gone.

Though Mohamed Salah is due for a new contract and it has been reported that talks will also be held with Sadio Mane, the pair are both 29, while Roberto Firmino will turn 30 next month.

All three of Klopp’s first-choice forwards are in the final two years of their contracts, and though Diogo Jota is primed for a long-term role at Anfield, there are question marks over both Divock Origi and Takumi Minamino.

Work is already in place to fast-track Kaide Gordon to the senior setup, while there are high hopes for the likes of Mateusz Musialowski, James Balagizi and Bobby Clark in the academy.

But at some point, another immediate first-team option will be required, and though Haaland is the fans’ favourite, Liverpool’s recruitment staff will be assessing other options too.

Perhaps Adeyemi – who played and scored against the Reds in the UEFA Youth League in 2019 – could be a smart alternative, ready to spark into life on Merseyside.