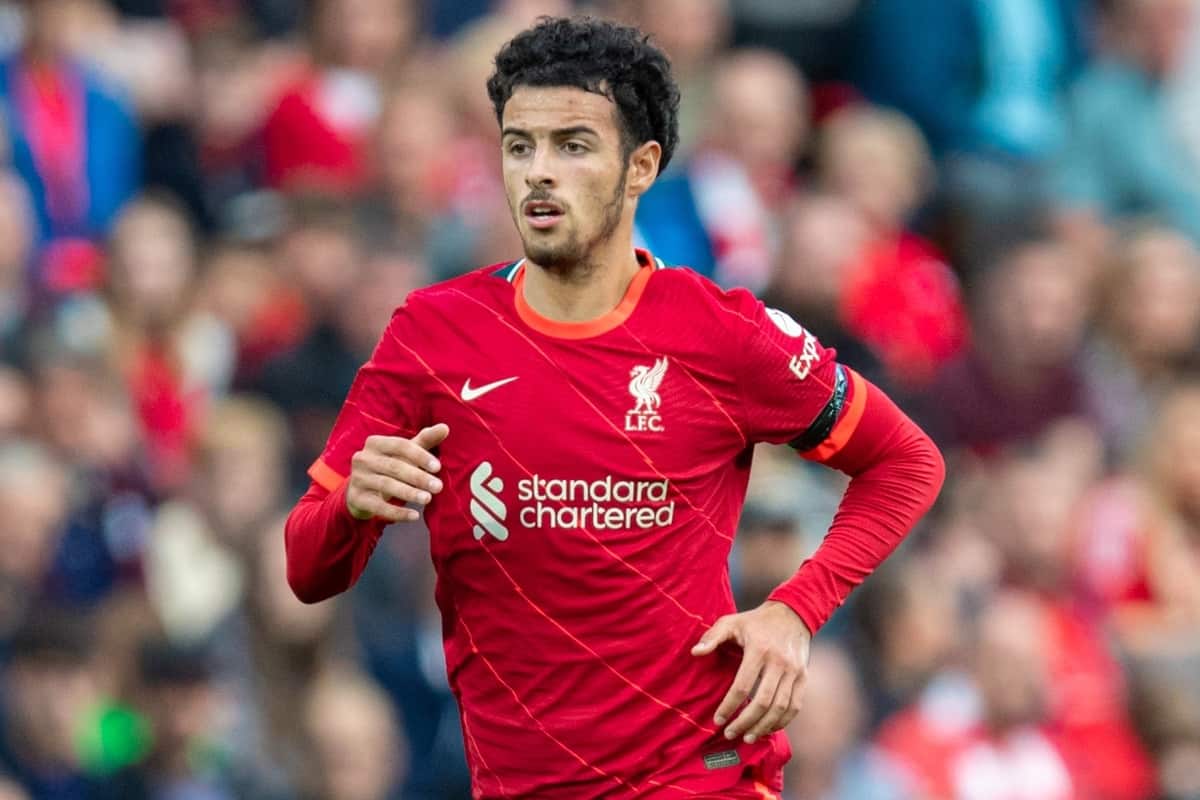 With question marks already raised over Liverpool’s squad depth a series of injuries in midfield and attack have increased concern, but Curtis Jones could offer the solution.

As if by a cruel and familiar twist of fate, deadline day passed and, within a week, the Reds were struck down by two further injuries.

With Roberto Firmino already sidelined with a hamstring issue that is likely to keep him out of the clashes with Leeds, AC Milan and Crystal Palace, Takumi Minamino and Harvey Elliott joined him on the injury list.

Elliott’s withdrawal from the England under-21s squad has been described as precautionary, but there is a smaller likelihood of Minamino being available upon Liverpool’s return to action at Elland Road.

James Milner and Neco Williams have also spent time on the sidelines of late, with the options available to Jurgen Klopp decreasing in the opening stages of the season.

The reaction to Firmino, Minamino and Elliott’s injuries was predictable, with criticism of a perceived lack of depth in midfield and attack growing louder under the cloud of a closed transfer window.

But there remain solutions within a senior outfield group (23) that is larger in number than those of Chelsea (22), Tottenham (21) and, notably, Man City (19).

Thiago, Alex Oxlade-Chamberlain and Naby Keita are among the options beyond regular duo Fabinho and Jordan Henderson in midfield, while the hope will be that Diogo Jota, Mohamed Salah and Sadio Mane all stay fit and firing in attack.

Rightly, there are fears over the form of Divock Origi, who is ostensibly fourth-choice forward in the absence of Firmino and Minamino.

But a silver lining in the frustration of the latest slew of injuries comes with a big chance for Jones to make an impact in his first minutes of the campaign.

During a breakthrough season that saw him make 34 appearances for the first team including 22 starts, scoring four goals and assisting five, things went quiet for the No. 17 towards March.

A minor fitness issue briefly kept him out of the side, but upon his return Jones struggled to regain favour anyway, with only one start in the final two-and-a-half months of 2020/21.

That came in the 2-1 victory over West Brom that saw Henderson miss out and Gini Wijnaldum given a rare rest in a run of 10 games in 48 days that saw the Dutchman start nine, including seven in a row.

Despite the knowledge of Wijnaldum’s impending departure, Klopp saw fit to persevere with his No. 5 over the academy graduate who most resembled him on the pitch.

Things did not pick up throughout pre-season, either, with Elliott the preferred midfielder and Oxlade-Chamberlain, Keita and Milner also clocking more minutes. 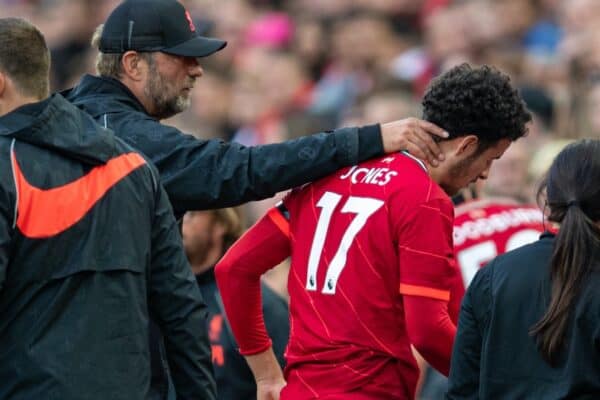 A concussion suffered in the final warmup friendly against Osasuna set Jones back even further, ruling him out of the trip to Norwich, after which he has only made the bench once against Burnley, failing to play a single minute.

It is a strange situation, perhaps, but it must be stressed that despite his maturity on and off the pitch, Jones will only celebrate his 21st birthday at the end of January.

Only 10 players aged 20 or under have played at least 90 minutes in this season’s Premier League, with three of those – Bukayo Saka, Billy Gilmour and Mason Greenwood – being full senior internationals.

Jones may seem older than he is, but Klopp will be mindful of overly relying on the Scouser unless he really needs to. 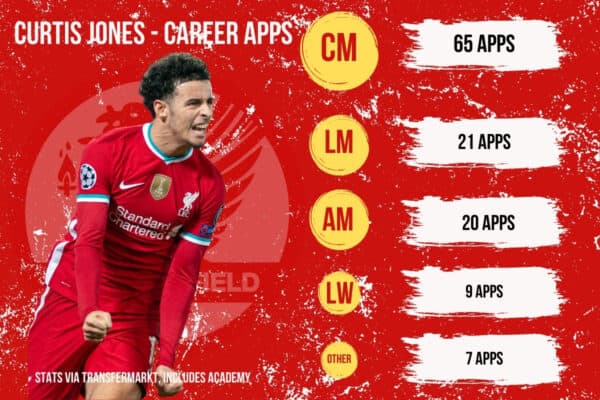 Nevertheless, the setbacks for Elliott, Minamino, Firmino, Milner and possibly Keita, who has been stuck in Guinea following an attempted military coup, could open up the pathway for Jones to make his mark.

Last season, Jones largely kept things simple – Wijnaldum (92.7%) and Mohamed Elneny (93%) were the only midfielders to record a higher passing accuracy than him (92.2%) in the Premier League – but he is a multi-talented player who can suit a more expansive game.

Coming through the academy, he was utilised on either wing, with his skill, turn of pace and eye for goal making him a devastating outlet for Neil Critchley‘s under-23s, while he has already shown his end product from midfield with the first team.

He has settled into his role as the left-sided midfielder in a three-man unit, and with both Henderson and Thiago arguably more comfortable on the right of the trio, that could boost his chances.

But the absence of Minamino may even open up the prospect of Jones serving as cover on the left attacking flank, where he is better suited than the likes of Keita or even Oxlade-Chamberlain. 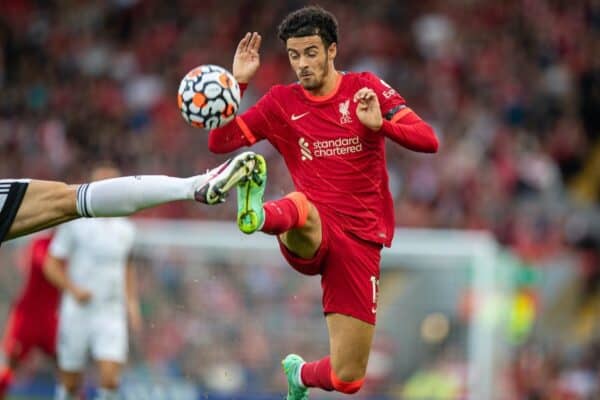 It may not be the solution many fans had been hoping for, with calls to reinforce the attack growing more frequent in the final days of the transfer window, but it is surely a worthwhile one for Liverpool.

Too often supporters can become distracted by the ‘new’ – in this case, Elliott – and cast aside those already in the system, and Jones seems to have fallen prey to that to an extent.

But now could be the 20-year-old’s chance to remind those who have forgotten how talented he is just how much he can offer to Liverpool moving forward.