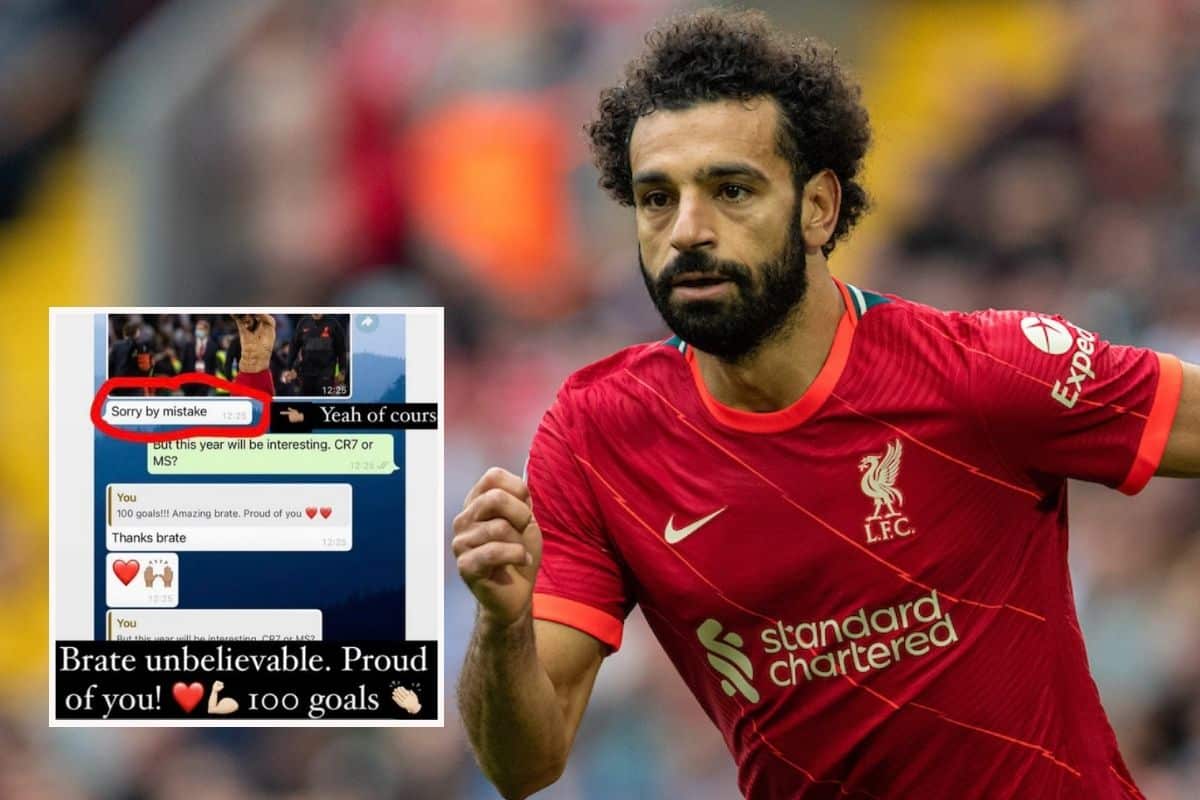 Mohamed Salah‘s milestone days feel as though they appear each and every game such is his incredible record at Liverpool, and his latest feat was shown appreciation far and wide.

Liverpool’s No. 11 netted his 131st goal for the club in only his 210th appearance, moving him into 10th spot in the all-time top goalscorers list.

His goal at Brentford also coincided with his 100th in the Premier League as a Red, a tally he achieved in the fourth-fastest time in the league’s history – in 151 games.

“The numbers he had are insane, incredible,” is how Jurgen Klopp surmised the latest milestone for Salah while Jordan Henderson exclaimed that “he’s been phenomenal” and “hopefully he can just continue to do that for us this season and beyond.”

Incredibly still unappreciated in a number of corners of the footballing world, Salah’s numbers leave little doubt over just how special he truly is. 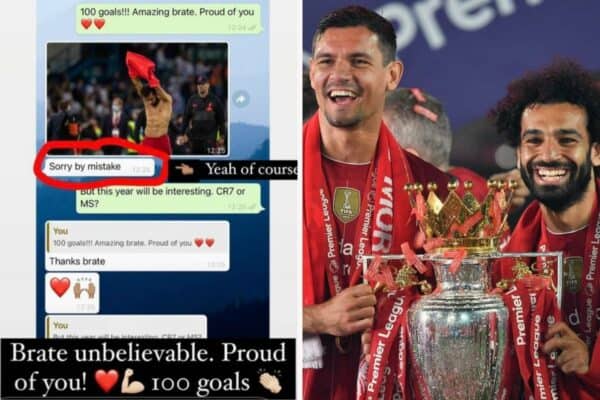 And while he earned plenty of plaudits in house, his former teammates in Dejan Lovren and Gini Wijnaldum were just as complementary following his 100th league goal for Liverpool.

Lovren and Salah’s bromance was not hidden during their shared three-year spell at Anfield and the defender, now with Zenit, sent his old friend a message that said: “100 goals!!!! Amazing brate. Proud of you.”

A picture of the No. 11 taking his shirt of was sent in reply but “by mistake”, Lovren didn’t buy it either, before he shared his gratitude for the congratulatory message.

There was also a hint of a debate that rages every year over Cristiano Ronaldo and Lionel Messi this season, the former of whom is now back in the Premier League.

Meanwhile, Wijnaldum, who is now with PSG and has played 476 minutes across nine games, wrote on Instagram: “Congrats Mo with this incredible achievement.”

As they say, once a Red, always a Red.