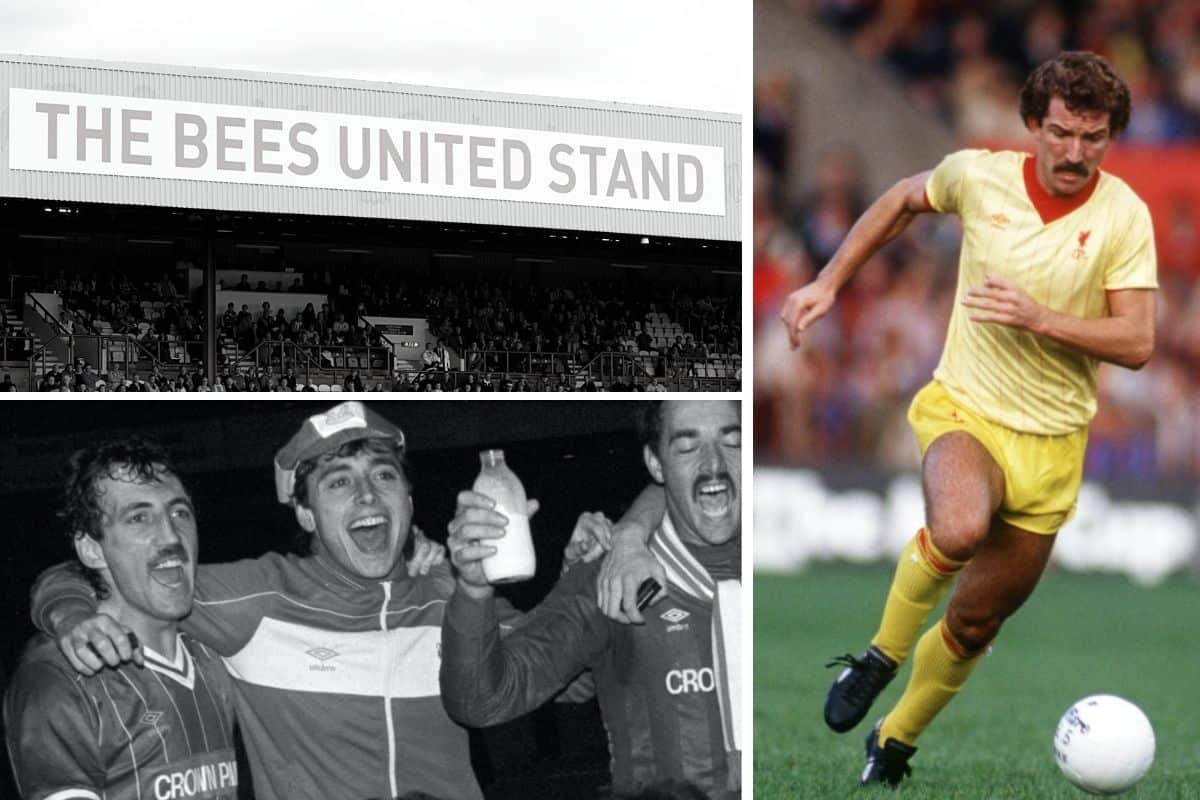 The year was 1983, Michael Jackson’s Thriller was at number one, the one pound coin was introduced and Liverpool were making what would be their final visit to Brentford’s Griffin Park.

This Saturday, Jurgen Klopp‘s Reds will make the journey south to meet Brentford for the first-ever time in the Premier League and 32 years after their last encounter.

But it was 38 years ago that Liverpool last ventured to the home of the Bees, then Griffin Park.

It was their spiritual home from 1904 all the way through to 2020 and was well known for being the only football ground in England to have a pub on each corner.

And the Reds’ visit in 1983 remained etched in the record books until Brentford‘s final days in the stadium as the largest attendance for a League Cup clash with 17,859.

Joe Fagan was at the helm, Graeme Souness the captain, Ian Rush a goalscoring machine and Liverpool were defending League Cup (then known as the Milk Cup) holders after their treble in Bob Paisley’s final season.

The two teams were drawn against the other in the second round in 1983/84, with the Reds the away side for the first leg on a cool October evening.

Brentford were in the Third Division at the time, Liverpool on the other hand were reigning First Division champions following their 14th league title – making the occasion rightly coined as a chance for a giant-killing.

While the Reds named European Cup-winning players in Kenny Dalglish, Alan Kennedy, Alan Hansen and Souness, an injury crisis for the Bees led to former Chelsea defender Ron ‘Chopper’ Harris stepping into the XI at the age of 39.

It didn’t stop Brentford from flying out of the traps, with the Liverpool Echo at the time stating the hosts “emphasised clearly that their famous opponents could take nothing for granted.” 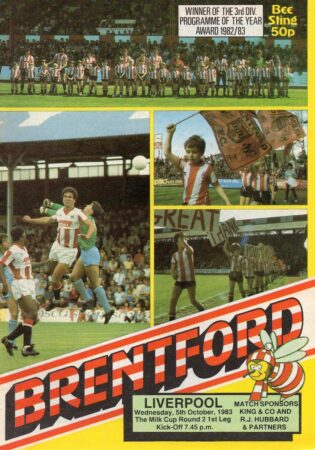 Even when Rush added to his supreme goal tally in the 22nd minute, the crowd had yet to even quieten before Gary Roberts had proceedings back on level terms, dreams of what could be resurfaced.

Ultimately, their sting would be drawn before the hour mark as the Reds flexed their muscles and proceeded with “arrogant procession” as Michael Robinson and Souness scored in the first 12 minutes of the second half.

Liverpool’s “patient possession” made it so that they “threatened a goal every time they attacked” as Brentford were made to count their casualties and the ballooning scoreboard.

One that would read 4-1 by the end of the 90 minutes as Rush tucked away his second for a convincing lead ahead of the second leg at Anfield.

The press at the time would capture the encounter with headlines of, ‘Souness sparks a Rush of goals’, ‘The Anfield machine slips into overdrive’ and ‘Holders draw sting’.

By the end of the tie, the aggregate score would read 8-1 as the Reds swaggered to the third round and by the following March, they would be crowned League Cup winners for the fourth time.

It will be a different sight that greets the Reds some 38 years later, with the Brentford Community Stadium now the Bees’ modern new home.

A giant-killing may still be the phrase as Liverpool will still have European Cup and Premier League-winning players in tow for this one, but Klopp and co. will know not to underestimate the sting of this bee.