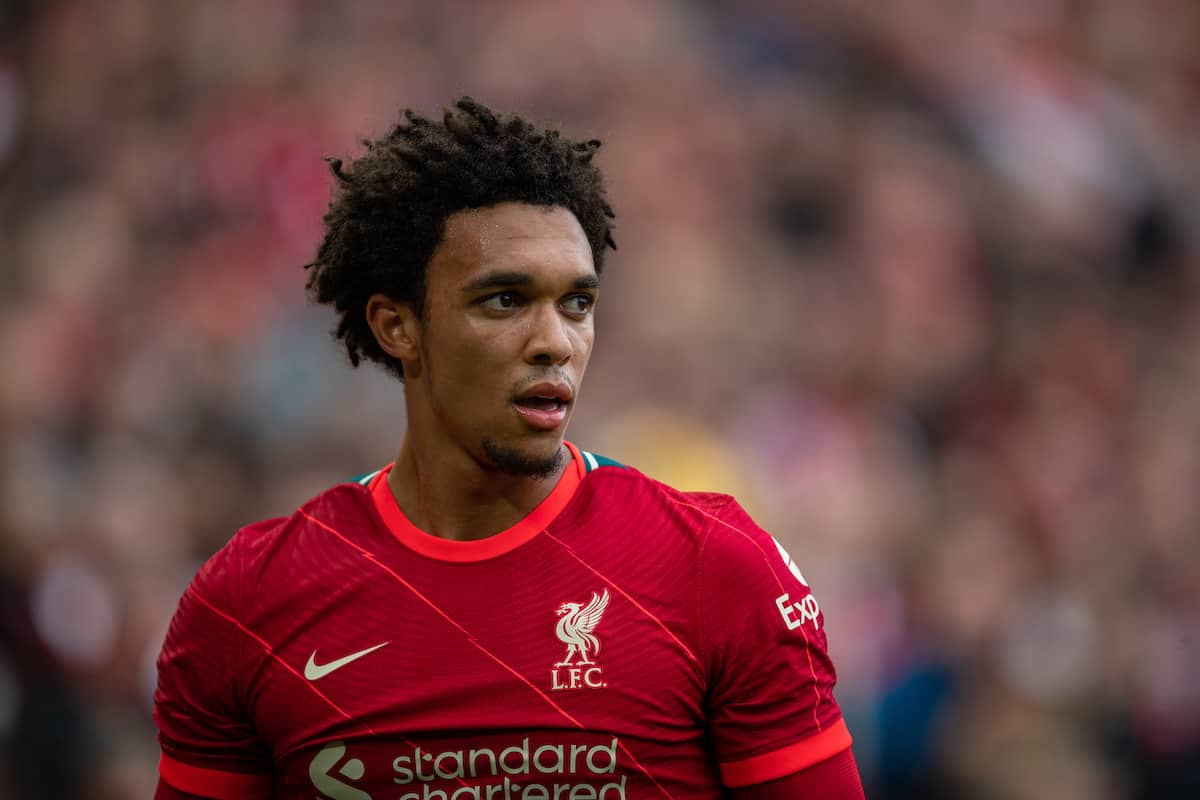 Trent Alexander-Arnold has established himself in the top echelon of players in his position and Jurgen Klopp was left to pose the perfect question after his England experiment.

The international break saw Liverpool’s No. 66 return to the England fold after his summer heartbreak, but his only appearance would see him start in midfield.

Alexander-Arnold would last just 45 minutes in the role before making the move back to his more familiar position, with Gareth Southgate having said they wanted to “have a look at him” further up the field.

It was an experiment that did not result in calls for further time in midfield, as has been flirted with online thanks to the right-back’s on-ball ability and youth experience.

And when Klopp was posed with the question of if it is a move he would consider, the response arrived with a brilliant rhetorical question.

“If you watch our games you see that Trent’s position already changed, not all games but in games where it is possible the position has changed already so there is no need to make him a midfield player,” Klopp explained. 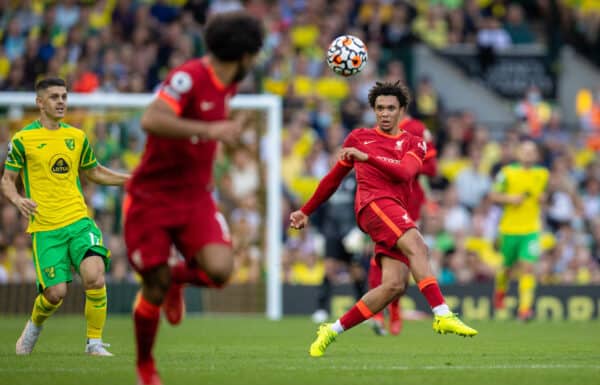 “It’s a little bit of shame that we talk still in 2021 like this about football. Players play everywhere, especially good players.

“Trent is not very often on the left-wing, that’s true, but on the right-wing already everywhere on the pitch.

“In a game where England is dominant, or when we are that dominant, then Trent could play midfield definitely – I would rather think then the No. 6, or in this case the No. 8, that’s possible.

“But why make the best right-back in the world a midfielder?

“I don’t understand that really. As if the right-back position is not that as important as the others.

“If people say that I struggle to really understand how you could think that.

“Some people think that because he plays 10 yards further up on the pitch he would be more influential.

“Being more influential than Trent Alexander-Arnold in the last how long he has played for me is really tricky and you need to have a proper look to find somebody.

“We adapt and try to use his skillset, absolutely, but in the end, the right-back is the one who defends the right side and he is doing that really well and when we have the ball we use him as good as we can.”

Alexander-Arnold, at 22, has 182 Liverpool appearances, 45 assists, 10 goals, a Premier League title and a Champions League winners’ medal all to his name at right-back. Klopp’s right, why make a change?