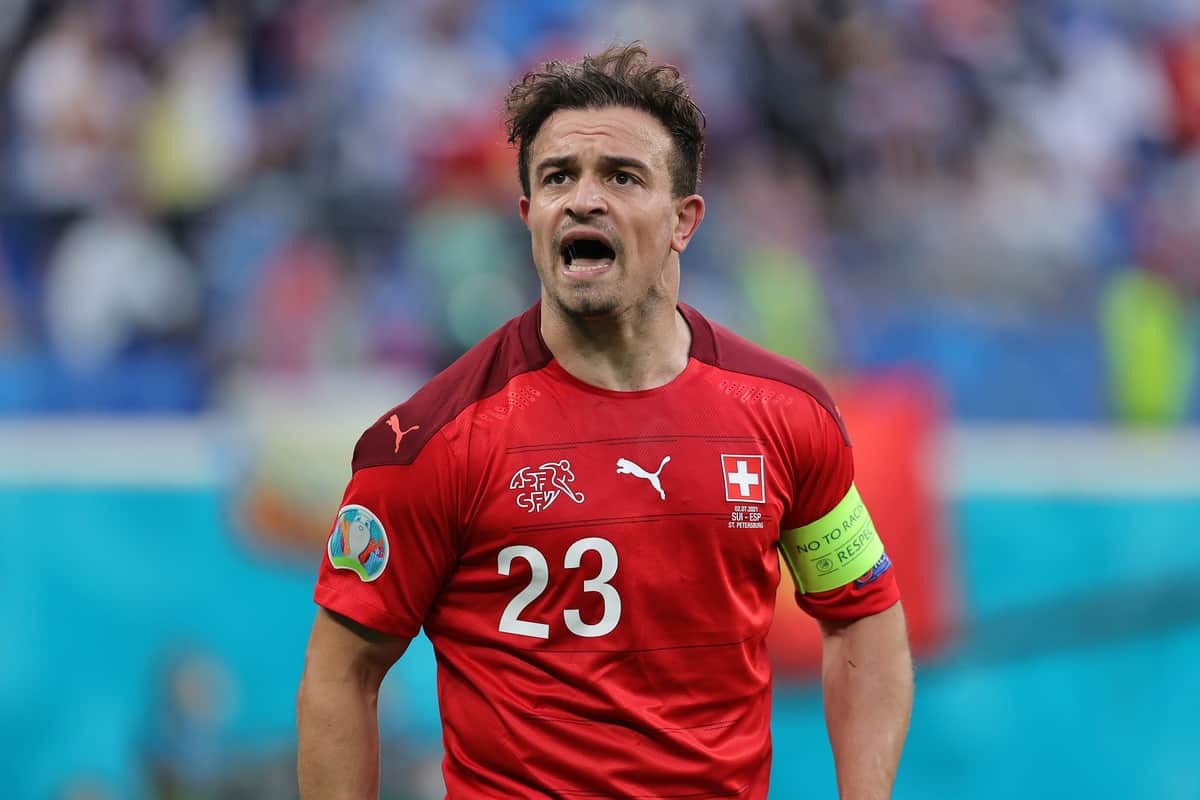 Xherdan Shaqiri has made a big impact in his first games since joining Lyon from Liverpool, and Wednesday saw the playmaker net a brilliant first goal for the club.

Shaqiri left the Reds after three years at Anfield, joining Ligue 1 side Lyon in a deal worth £9.5 million last month.

The move came after dropping down the pecking order under Jurgen Klopp, but there was no ill-feeling from either party as Liverpool parted ways with a much-valued talent.

He has since taken up a first-choice role under Peter Bosz, and on Wednesday night made his third consecutive start in the French top flight.

Each of his three starts have come on the right wing, and after laying on an assist in his debut against Strasbourg earlier in the month, Shaqiri netted his first goal in a 3-1 victory over Troyes.

Lyon had gone down 1-0 on the stroke of half-time through a thunderous goal from Xavier Chavalerin, but Liverpool’s former No. 23 restored parity three minutes after the restart.

Shaqiri benefited from some suspect defending from Troyes forward Gerson Rodrigues – standing a full six yards behind the defence on the goal-line – to pick up the ball, cut inside onto his left and fire into the top corner.

Further goals from Emerson Palmieri and Lucas Paqueta sealed a comeback win for Lyon, their third victory in Shaqiri’s four appearances so far.

Having only played 819 minutes over 22 appearances for Liverpool last season, the Swiss winger has already clocked 261 on the pitch in four outings for Lyon.

Though he is yet to complete a full 90, having been substituted in each of his three Ligue 1 appearances and come off the bench against Rangers in the Europa League, he is already a key player for Bosz.

From a Liverpool perspective, it is warming to see Shaqiri able to show his quality once again.