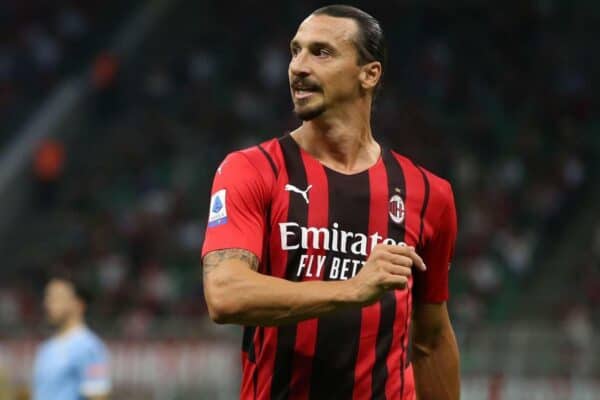 Zlatan Ibrahimovic has been ruled out of AC Milan’s trip to Liverpool in the Champions League due to an Achilles injury, which Jurgen Klopp will consider a boost to his side.

Ibrahimovic made his first appearance since May as he came off the bench to score in Milan’s 2-0 victory over Lazio on Sunday, having recovered from a long-term knee injury.

The Swedish striker, now 39, was expected to challenge Olivier Giroud and Ante Rebic for a starting place up front for Wednesday’s clash at Anfield.

But now Ibrahimovic has been ruled out due to tightness in his Achilles, according to The Athletic‘s James Horncastle, who reports that he will remain in Milan.

He is the biggest absence from a strong Milan squad heading to Merseyside, with Klopp praising him as “one of the best players ever” in his pre-match press conference.

“He’s the man for exceptional moments in a game,” he said.

“If he’s not playing the probably Olivier Giroud is playing, or Rebic is playing, or whatever; all slightly different profile, but all really good. It will be absolutely interesting.

“But Zlatan is, for sure, one of the best players ever in this game.

“He knows that and he says that, I like that about him. That’s the confidence he brings into all the game.

“That he’s still physically that fit is absolutely incredible and just shows maybe some careers ended too early, because there was still a little bit of fuel in the tank.

“He squeezes every drop out of his body and wants to stay in the game as long as possible – and rightly so, he is absolutely capable of playing in each league in the world still.”

Milan are unlikely to be missing many other players for the tie, though midfielder Sandro Tonali watched Tuesday’s training session from the touchline having suffered with illness.

Manager Stefano Pioli is expected to deploy a 4-2-3-1 formation, with Giroud leading the line and supported by Rebic, Rafael Leao and Brahim Diaz.