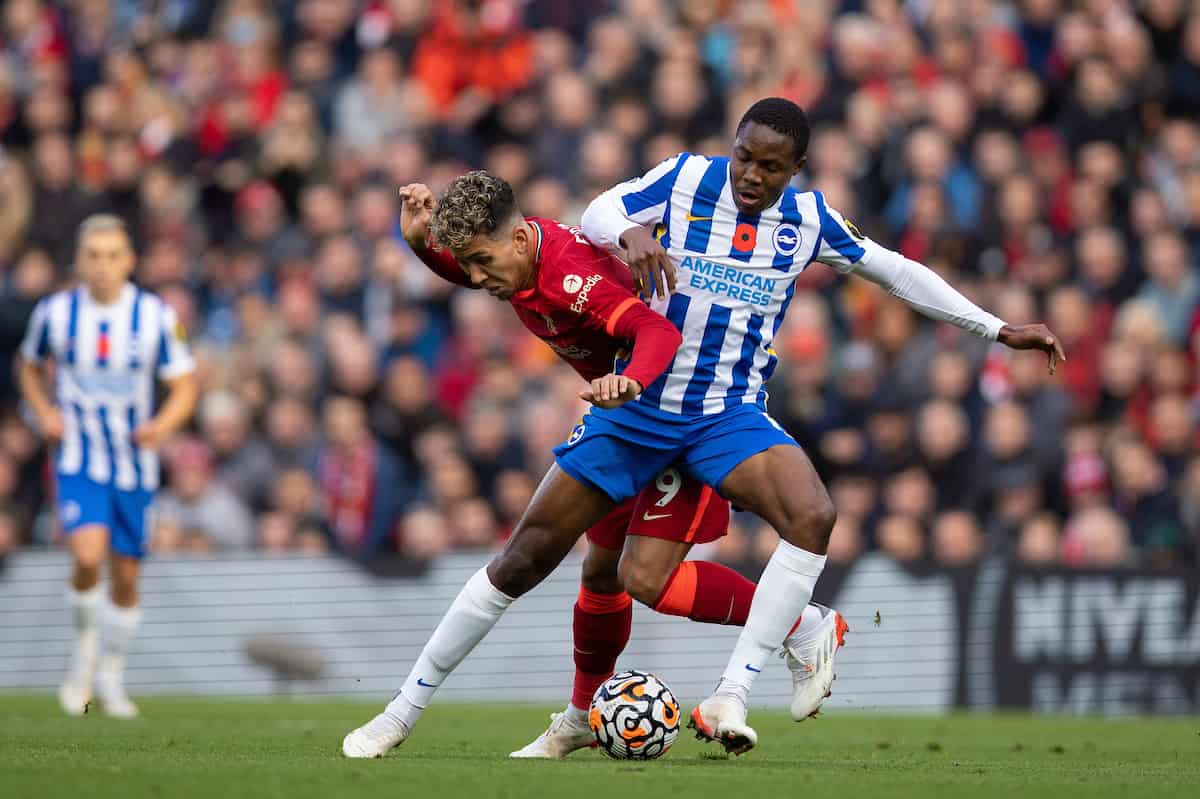 Brighton midfielder Enock Mwepu is a lifelong Liverpool supporter, so while it came for the wrong club, he says “the dream has been fulfilled” after scoring at Anfield.

Mwepu joined the Seagulls from Red Bull Salzburg in July, but it was a difficult start to life at the Amex for the 23-year-old.

He was substituted at half-time on his Premier League on opening day against Burnley, while injury problems have seen him in and out of the side since, but Saturday brought his second league start.

It came after an assist in the 4-1 defeat to Man City and a goal in the League Cup loss to Leicester in the two games previous, and Mwepu found the back of the net again at Anfield.

His goal came via a stroke of fortune, with the Zambian shaping up for a cross which sailed past Alisson and into the top corner, but it set Brighton on course for a 2-2 comeback.

Mwepu, much like his childhood friend Patson Daka at Leicester, grew up an ardent Liverpool supporter, which made his goal against the Reds a special moment.

Am just a boy from Zambia ?? who had a dream of playing and scoring at Anfield and today the dream has been fulfilled..Glad to get my first premier league goal ? and what a performance from the team???#BolaNaLesa??? pic.twitter.com/oVpfypPrbg

“[I] am just a boy from Zambia who has a dream of playing and scoring at Anfield, and today the dream has been fulfilled,” Mwepu wrote on Twitter.

“Glad to get my first Premier League goal, and what a performance from the team.”

It was not the first time Mwepu has played against Liverpool – in fact, it was the fourth, having featured for Salzburg in three meetings including twice in the Champions League and once in a pre-season friendly. 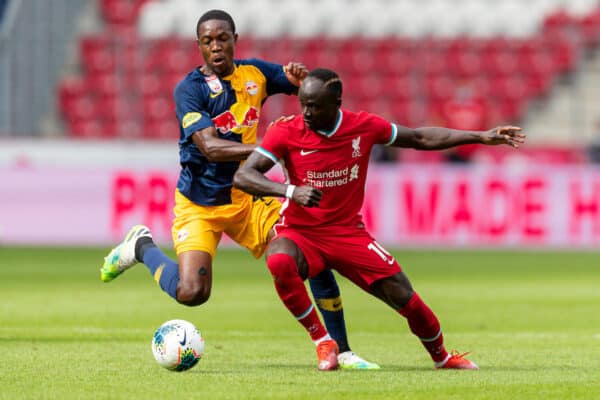 But his goal was a special one, for a player who, along with Daka, went from Kafue Celtic in his native Zambia to Salzburg and on to the Premier League.

Whether Liverpool would consider a move for Mwepu in the future remains to be seen, but there appears to have been weight behind claims they were interested in Daka prior to his £23 million switch to Leicester.

Perhaps their time at Brighton and Leicester respectively could serve as a stepping stone to an eventual dream move to Merseyside, as was the case with fellow Salzburg alumni Sadio Mane, whose break came at Southampton.