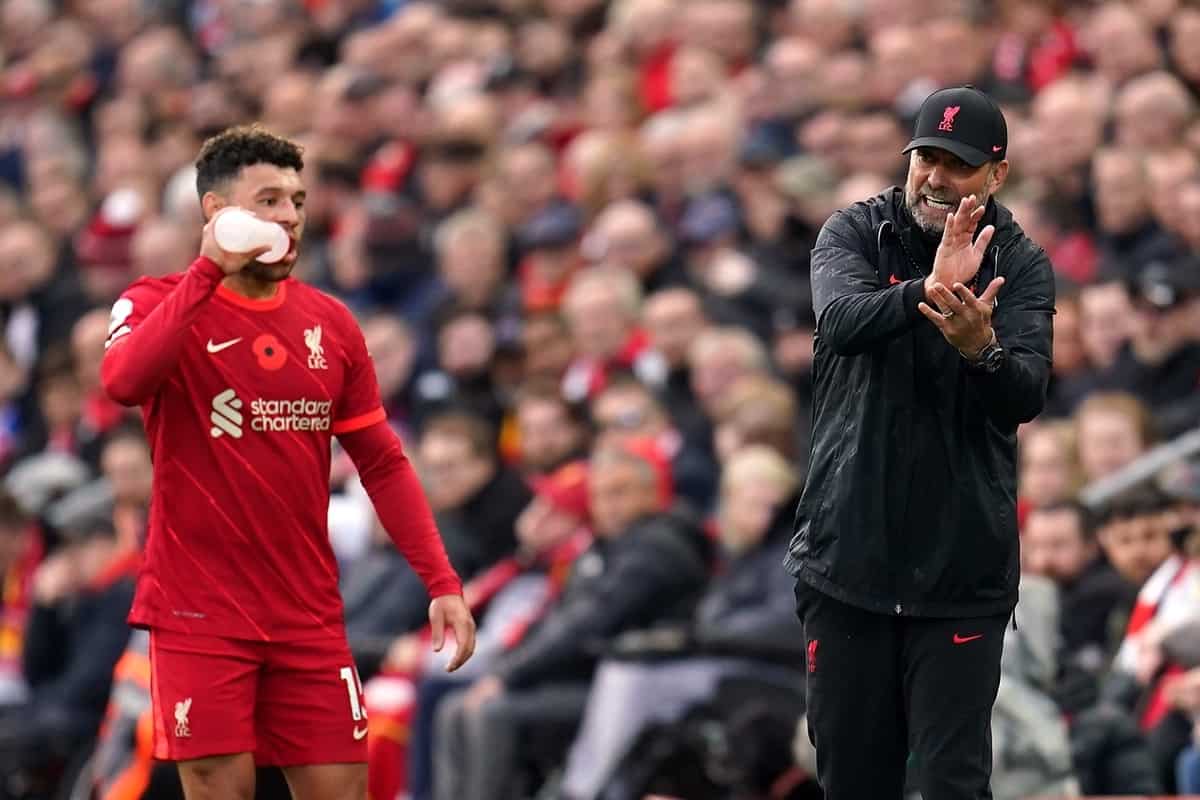 Liverpool manager Jurgen Klopp was unhappy with some of his players’ second-half body language as they squandered a two-goal lead to draw 2-2 at home to Brighton.

His side may be on their best unbeaten run since a similar 24-game sequence between January and May 1989 but this was two points thrown away.

Jordan Henderson, who in scoring the opener already has more goals this season (two) than he managed last, and Sadio Mane gave the hosts an ideal start after 24 minutes.

Klopp was frustrated that, from that point, his players did not do what they did against Manchester United at Old Trafford last week and go for the jugular.

As a result they lost their way after Mane had another effort ruled out by VAR for handball and when Enock Mwepu scored his first Premier League goal just before half-time, momentum changed and Leandro Trossard’s 65th-minute equaliser was the least Brighton deserved.

The sight of Henderson and Alex Oxlade-Chamberlain in heated discussion after Brighton levelled was not a good look either.

“In our good moments we were really good, we showed how to play against Brighton, but with not playing enough football anymore we opened the door.

“The best way to play against Brighton is to keep the ball but that’s what we didn’t do for long enough. We slowed the game down in the wrong moments, didn’t show enough initiative.

“I think after Mo scored in the second half – which was disallowed – maybe only the last five minutes we were on the front foot.

“In the second half I was not overly happy with the body language of some and that’s never helpful.

“I don’t want to take anything away from Brighton, I respect what they did, but today was the day when we could have given them a proper knock and we didn’t.” 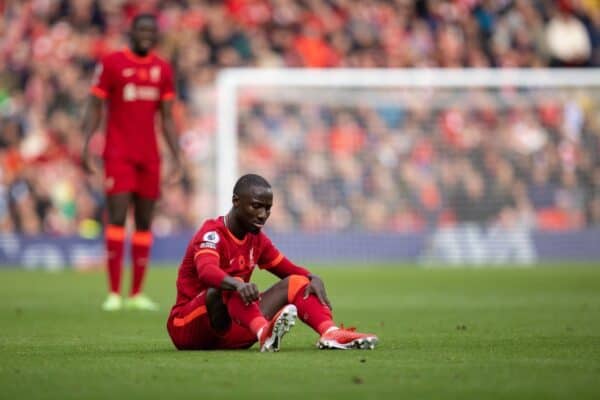 There was more bad news for Klopp, already without midfielders James Milner and Fabinho, with Naby Keita now looking like he is set for a lengthy lay-off.

“He showed me the hamstring and people told me it is hamstring, I cannot say more,” Klopp said.

Seagulls boss Graham Potter admitted he thought they could be in for a difficult afternoon after going 2-0 down but was delighted with the response of his players and he could be forgiven for leaving Anfield disappointed as his side had the best chances to win the game in the second half.

“It was a strange 24 minutes because I thought we had some opportunities and they scored with theirs,” he said.

“It looked like it would be a tough afternoon for us but credit to the players, they had an amazing response.

“We survived the disallowed [Mane] goal and that gives us a chance to keep going, we’re still alive at that point and to score before half-time to make it 2-1 was big and then the second-half performance was good. I thought it was a fantastic game.”