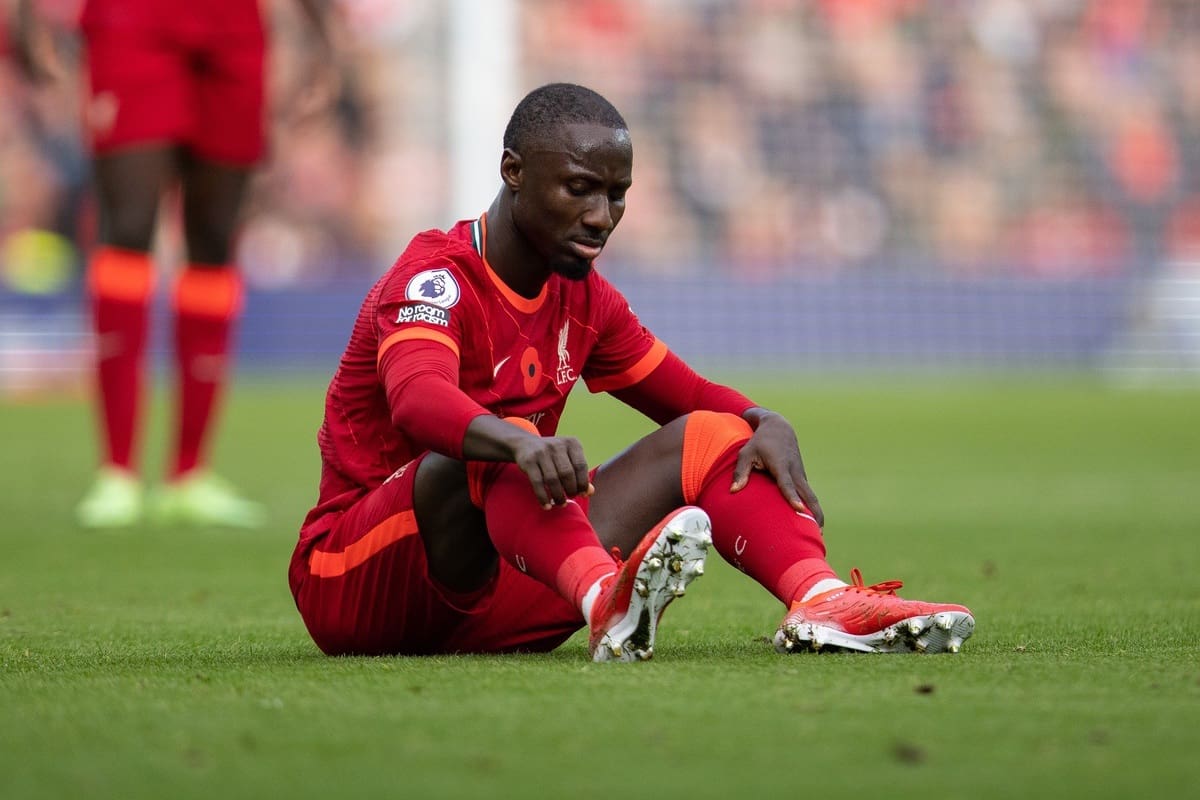 After being “lucky” to escape serious injury at Old Trafford, Naby Keita was not afforded the same fate against Brighton having been forced off with a hamstring injury.

The form of Liverpool’s No. 8 to start the season has been a notable positive with eight starts under his belt from the opening 14 games.

It looked to have been dealt a nasty blow against Man United thanks to a reckless Paul Pogba challenge, but he “was obviously lucky” was Jurgen Klopp‘s assessment as he was fit to start against Brighton.

Alongside Jordan Henderson and Curtis Jones with Fabinho and Thiago still on the sidelines, Keita would play just 20 minutes before clutching at his hamstring when Liverpool were 1-0 up.

A swift change was made with Alex Oxlade-Chamberlain his replacement as Keita went straight down the Anfield tunnel.

And after the match, Klopp was unable to give much away as to the extent but did confirm the injury.

“He showed me and told me it’s a hamstring issue, but I cannot say more,” said the boss.

Any injury to the hamstring does not make for a swift recovery and with fixtures against Atletico and West Ham to come in the next seven days, he’s highly likely to miss both.

Liverpool now desperately need Fabinho and Thiago fit and back up to speed with options in midfield dwindling, as shown by the late introduction of Takumi Minamino in place of Jones as the Reds searched for a winner.

The Spaniard has returned to training but Klopp was insistent that Reds will only “see him at his absolute best probably [after the international break],” while Fabinho‘s knock to his knee was more “complicated” than first thought.

With four days until Atletico Madrid’s visit, Klopp will be eagerly hoping for some good news in the midfield department.