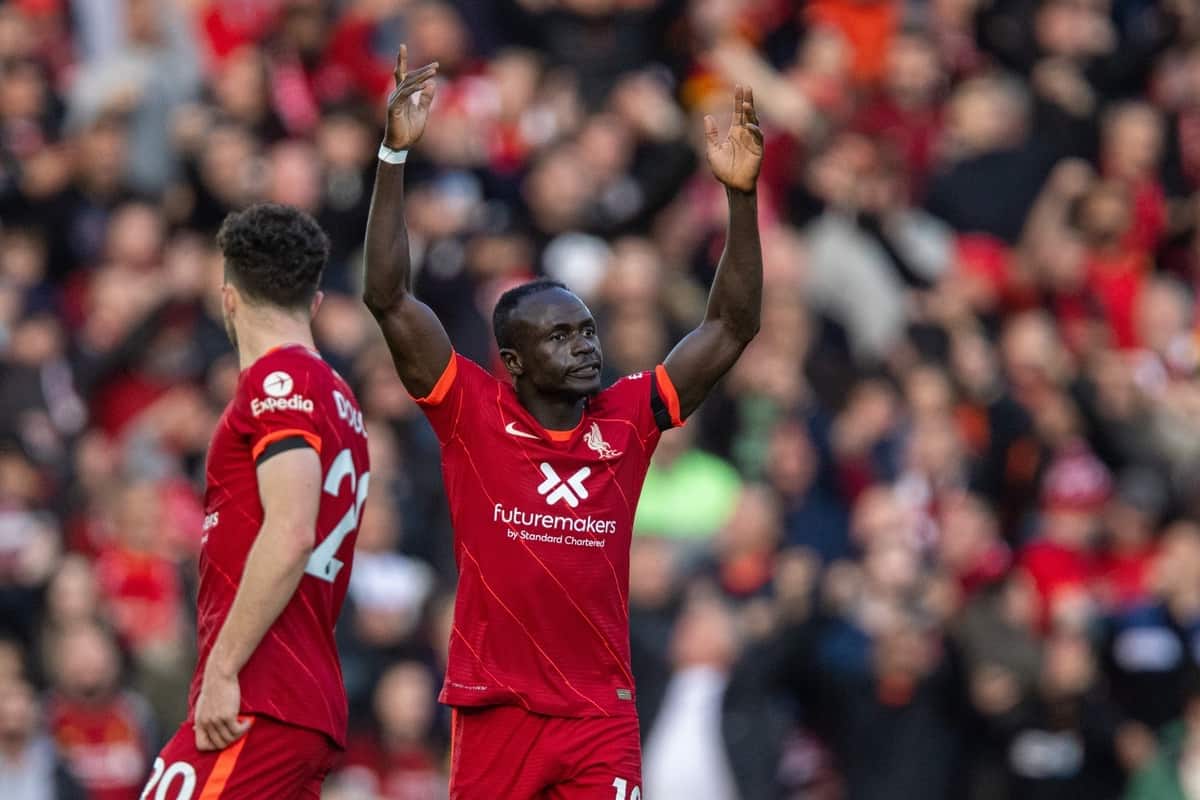 Mohamed Salah was a joy to watch in Liverpool’s 2-2 draw with Man City, but Jordan Henderson had a bad day at the office.

The Reds played out a stunning contest with the Premier League champions on Sunday, in a game that ebbed and flow throughout.

City dominated the opening 45 minutes at Anfield but couldn’t find a goal, before Sadio Mane opened the scoring in the second half.

Phil Foden equalised soon after, Salah then fired in an outrageous solo effort and Kevin De Bruyne completed the scoring. 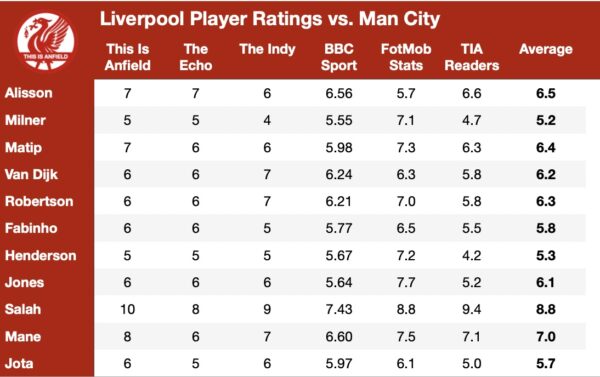 Top in the overall ratings was Salah (8.8), following another virtuoso performance for Liverpool.

The 29-year-old not only scored a memorable goal to put the Reds 2-1 up, but he also assisted Mane’s goal in brilliant fashion.

TIA’s James Nalton gave Salah a perfect 10-out-of-10 rating, calling him “best player in the world” right now, which is hard to disagree with.

The runner-up on the day was Mane (7.0), who looked sharper than he has done at times over the past 12 months.

Ian Doyle of the Echo felt the Senegalese “took his goal very well,” while the Independent‘s Lawrence Ostlere praised “some sharp runs and a well-taken finish.”

Rated third-best was Alisson (6.5), with the Brazilian making some big saves in the first half.

Liverpool’s poorest player was deemed to be James Milner (5.2), after he had an extremely tough time of things at right-back.

Doyle thought the veteran was “too often exposed” up against the excellent Foden, with Trent Alexander-Arnold missed hugely.

It’s now time for another dreaded international break, meaning Liverpool don’t play again until the trip to Watford on October 16.