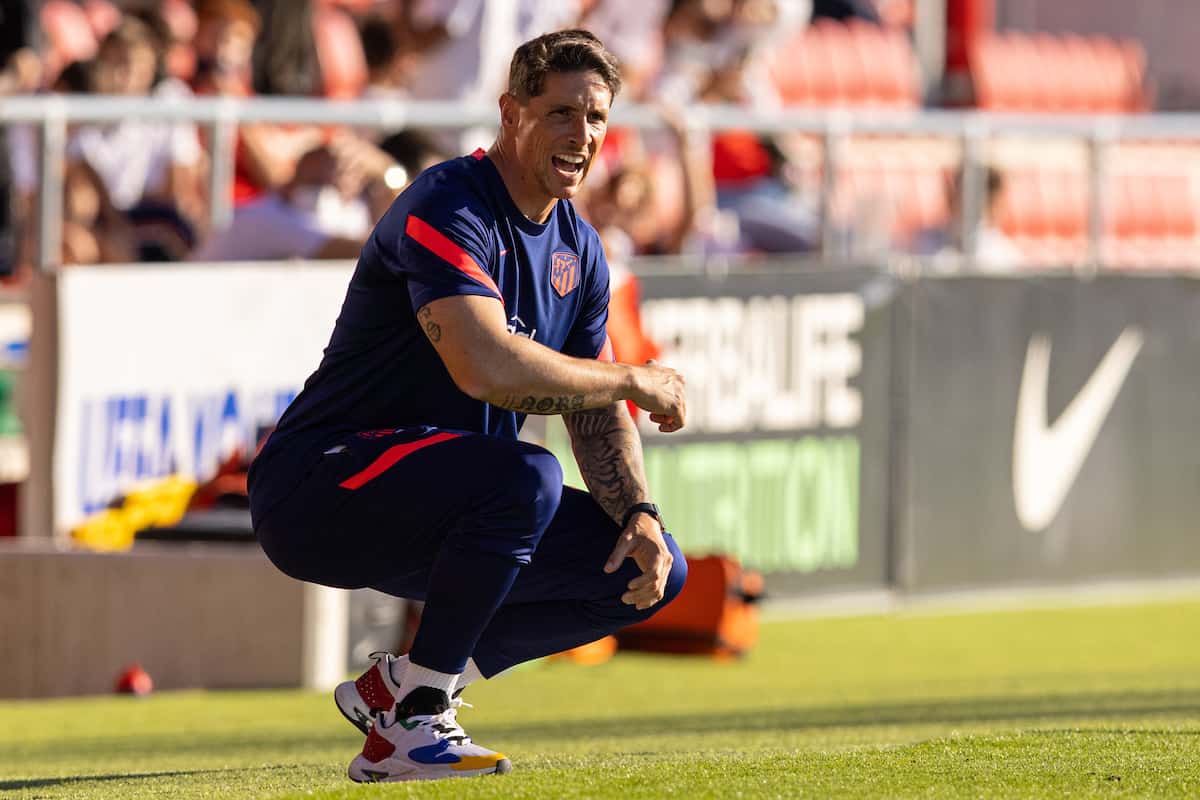 Fernando Torres was in the dugout as the Atletico Madrid under-19s inflicted a 2-0 defeat on their Liverpool counterparts, on a tough afternoon for the young Reds.

After a close-fought victory over AC Milan in the competition opener and an even closer 1-1 draw with Porto in the follow-up, the young Reds headed to Madrid for their third game in the UEFA Youth League.

The combative James Norris came in for Kaide Gordon, who has played just 45 minutes of football since his first-team debut at Norwich a month ago.

Played in the Spanish heat, it took time for the game to get going, with Liverpool crafting the first big opportunity as James Balagizi brilliantly found space to tee up Mateusz Musialowski, only to be denied by a great save from Alejandro Iturbe. 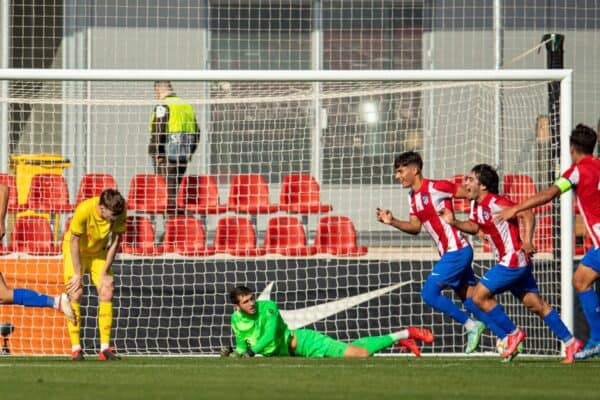 Liverpool had a strong shout for a penalty overlooked despite Balagizi appearing to have been clipped, with Atletico going up the other end soon after to open the scoring through Aitor Gismera.

It came after a slip from Billy Koumetio, with Owen Beck‘s recovery challenge bouncing off the Frenchman and into the path of Gismera, who fired low into the bottom corner, out of the reach of Harvey Davies.

The young Reds, wearing yellow, sunk dramatically with the opener, and Pablo Barrios had Davies beaten with a long-range drive, only to see it cannon back off the post. 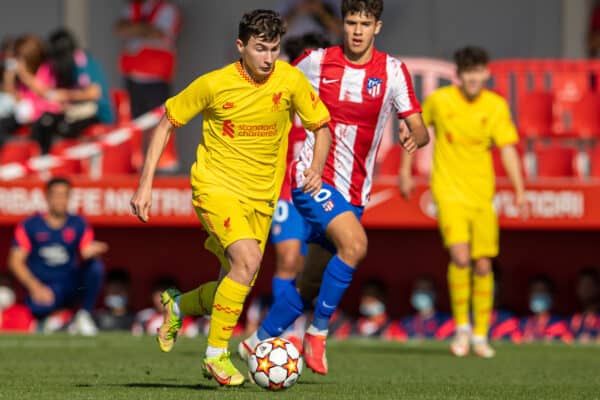 An in-form Harvey Blair came on for Musialowski at the break, with Bridge-Wilkinson looking to give his side impetus with the pace and physicality of the direct striker.

There was also a shift in formation, as centre-back Stefan Bajcetic replaced midfielder Luca Stephenson to see Liverpool adopt a five-man defence, with Beck and Conor Bradley as wing-backs.

Unfortunately, the changes did little to affect the tempo of the game, with the impressive Davies the busier of the two goalkeepers and unable to stop Atletico for their second. 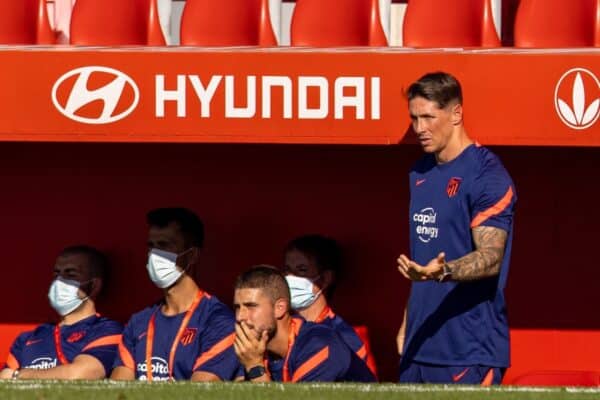 It came via another sloppy piece of play from Koumetio – a worrying feature of the 18-year-old’s game – as he dribbled into danger and lost the ball, which led to a counter-attack well-finished by Salim El Jebari.

The goal compounded a frustrating day for Bridge-Wilkinson’s side, which could have been very different had the referee awarded that first-half penalty.

But there could be few complaints given how limply they performed against an Atletico team helmed by Torres, and now Liverpool sit third in their UEFA Youth League group.