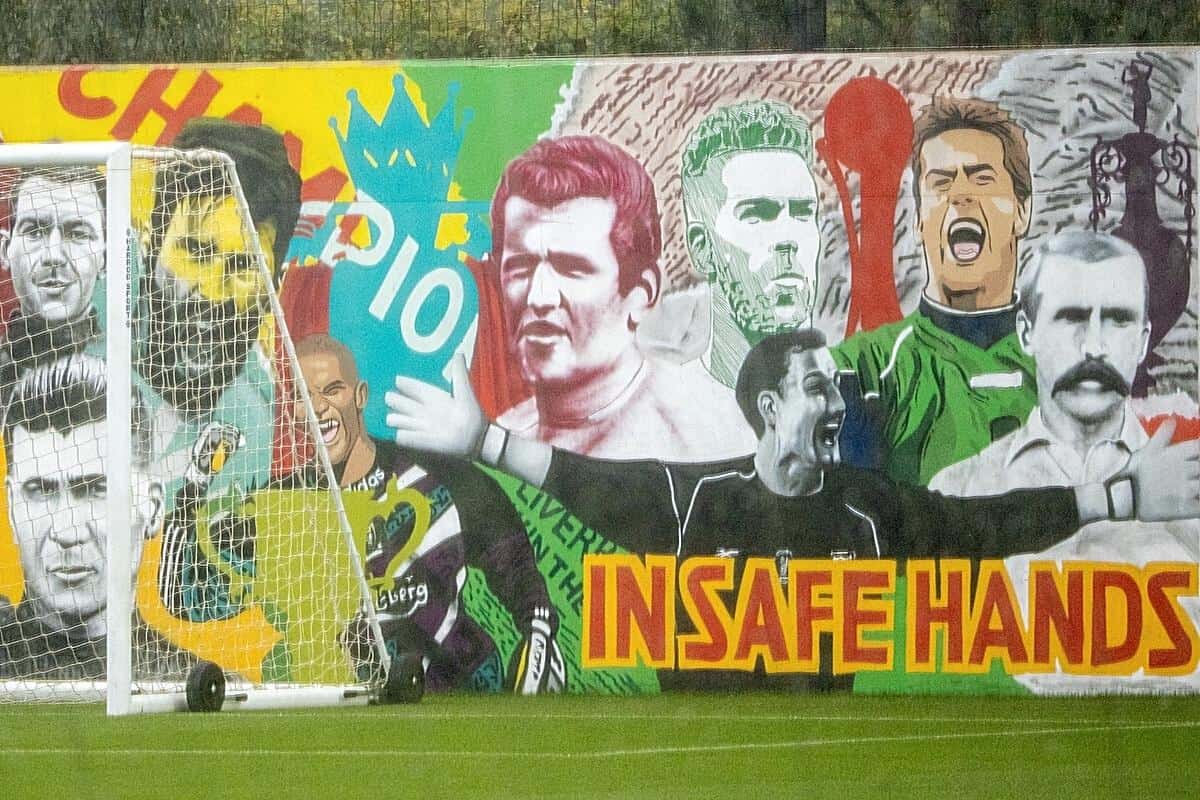 Liverpool have unveiled a new mural of their trophy-winning goalkeepers at Kirkby, with Alisson and Adrian now training in front of their portraits every day.

The Reds have settled into their new £50 million training facility in Kirkby, with the easing of COVID-19 restrictions allowing for more comfortable movement between areas.

Jurgen Klopp was consulted throughout the development process to ensure every part of the site suited his and his players’ needs, with the working relationship proving fruitful.

One of the priorities for the manager was the installation of a paddle tennis court, which he uses most days for games with assistant Pepijn Lijnders.

For goalkeeping coach John Achterberg, there was another personal touch in mind, as Liverpool unveiled this week.

A new mural has been completed at the AXA Training Centre paying tribute to some of #LFC’s most legendary goalkeepers ?

Commissioned by @1JohnAchterberg and created by local artist John Culshaw, the design features a number of iconic figures who have represented the Reds.

The Dutchman, who has worked with the Reds for 12 years since 2009, commissioned local mural artist John Culshaw to produce a sizeable tribute to Liverpool’s successful goalkeepers.

‘In safe hands’, the colourful mural reads, providing a fitting backdrop for the goal the likes of Alisson, Adrian and Caoimhin Kelleher work in front of on a daily basis.

Alisson and Adrian, who have both helped Liverpool secure silverware under Klopp, feature alongside the likes of Pepe Reina, Jerzy Dudek, David James and Sander Westerveld from the Premier League era.

Other legendary names to be included are Ray Clemence, Tommy Lawrence, Elisha Scott and Bruce Grobbelaar.

There is a vibrancy to Culshaw’s work that perfectly suits Liverpool, and this latest Kirkby mural could help inspire the next generation of goalkeepers coming through.