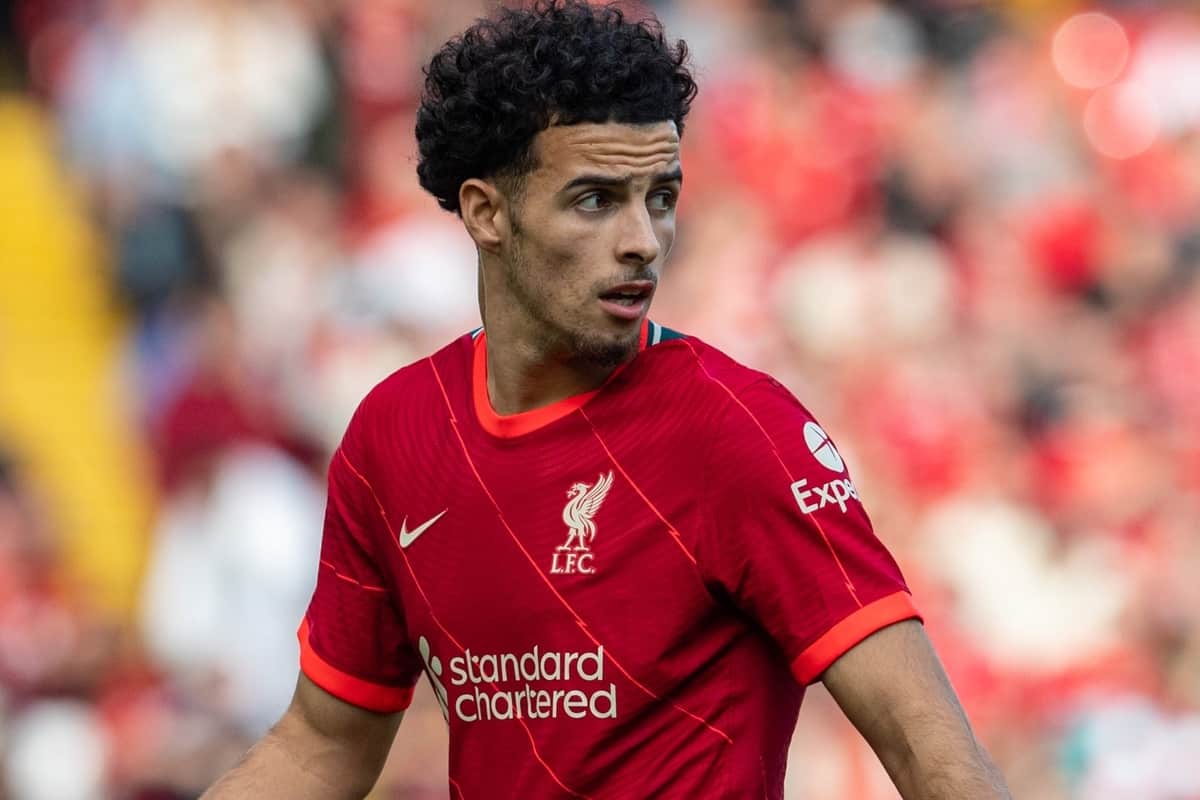 Curtis Jones missed Liverpool’s last two games before the international break due to a freak eye injury, but there is hope he will alleviate the growing injury list ahead of Saturday.

Liverpool host Arsenal as club football makes its return over the weekend, but Jurgen Klopp has the fitness of six players to consider in addition to known absentees Roberto Firmino and Harvey Elliott.

Jordan Henderson, Sadio Mane and Andy Robertson all picked up injuries during the break while Naby Keita and James Milner have recently shared the treatment room with Jones.

The 20-year-old suffered “a finger in the eye” during training prior to the visit of Atletico Madrid that “scratched a little bit” and left Klopp saying Jones needed “to lie down for a week.”

That time has come and gone and pictured in the gym at Kirkby with Elliott on Monday, Jones continues to put in the work and as per PA’s Carl Markham, he “is set to be in contention” against Arsenal. 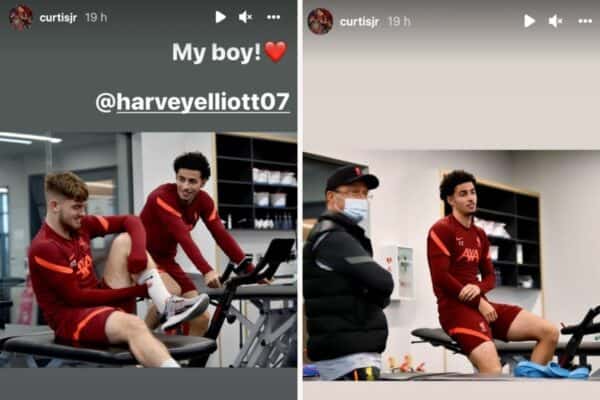 Milner and Keita are both also said to be closing in on their returns from respective hamstring issues, it’s just a matter of how soon with games to come in quick succession from Arsenal onwards.

But it’s a ray of hope with the midfield ranks having been besieged by injury so far this season, with now Alex Oxlade-Chamberlain the only one in the position to avoid such a fate.

Should Jones be available, Klopp will have the youngster, Fabinho, Thiago and Oxlade-Chamberlain to pick from for the visit of an Arsenal side who are unbeaten in their last 10 matches.