Diogo Jota has struck fine form against Arsenal since he joined Liverpool last year, and the striker could record an impressive scoring feat if he nets again today.

Jota’s three goals against Arsenal are the most he has scored against a single Premier League club for the Reds and have all come as a substitute in just 39 minutes of action.

His first goal came on his Liverpool league debut in September 2020.

He could become only the fourth Reds player in the Premier League era to score against the Gunners in a third successive league game following Robbie Fowler (1995) and Roberto Firmino and Sadio Mane (both 2017).

Forty-nine goals have been scored in the last 11 league meetings with Arsenal, with Liverpool netting 33.

Liverpool have won the last five league meetings at Anfield, scoring 18 times in the process.

The Reds have scored 28 times in the last eight Anfield meetings, winning six and drawing twice.

The last 20 Anfield meetings in all competitions have produced a staggering 92 goals, while Liverpool have scored three goals or more in nine of the last 11 top-flight encounters with the Gunners.

There has been only one goalless draw in the last 44 league meetings – in August 2015 at the Emirates.

A total of 169 goals have been scored in Premier League encounters with Arsenal – the highest-scoring Reds fixture in the era. 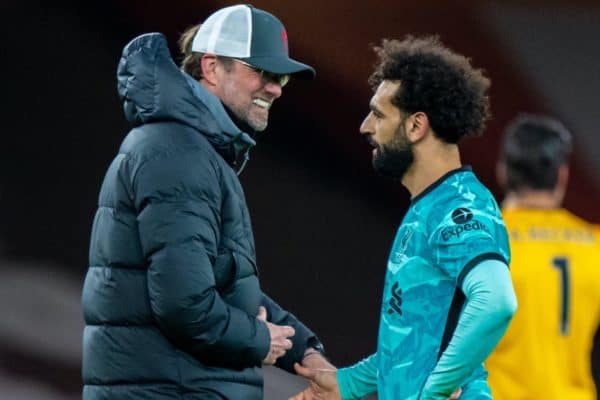 Liverpool need three more goals to record 200 against Arsenal in all home league games at Anfield, and with three they would also register 100 against the Gunners in the Premier League home and away.

Meanwhile, Jordan Henderson’s next appearance will be the 500th of his club career and Mo Salah could make his 150th league start for the Reds. 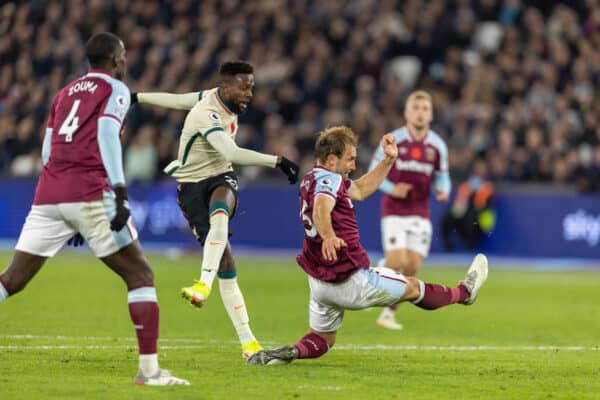 At West Ham a fortnight ago, Divock Origi’s goal saw him become only the fourth Liverpool player to score 10 or more goals for the club as a substitute.

Quickest off the block 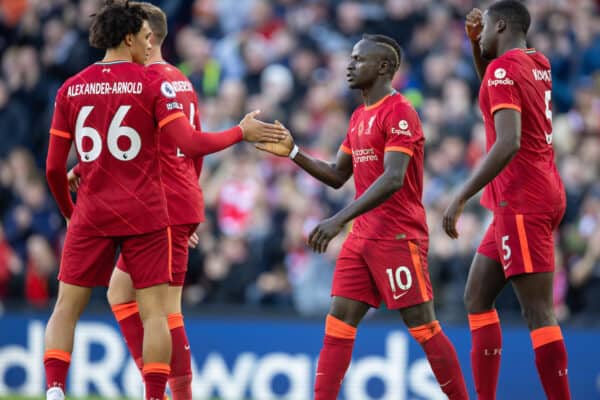 Liverpool’s next goal will be their 50th of the season in all competitions (they have played 17 games this season).

The fewest number of matches it has taken to reach the landmark under Jurgen Klopp is the opening 20 games of 2016/17. 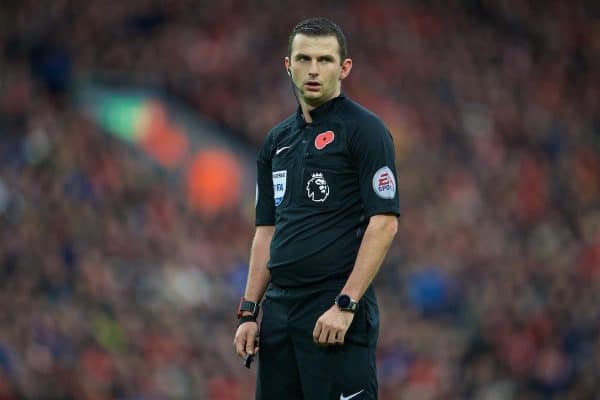 Michael Oliver has refereed a game between these teams five times previously. Liverpool have won two of them 5-1.

He takes charge of an Arsenal game for the fourth time this season.