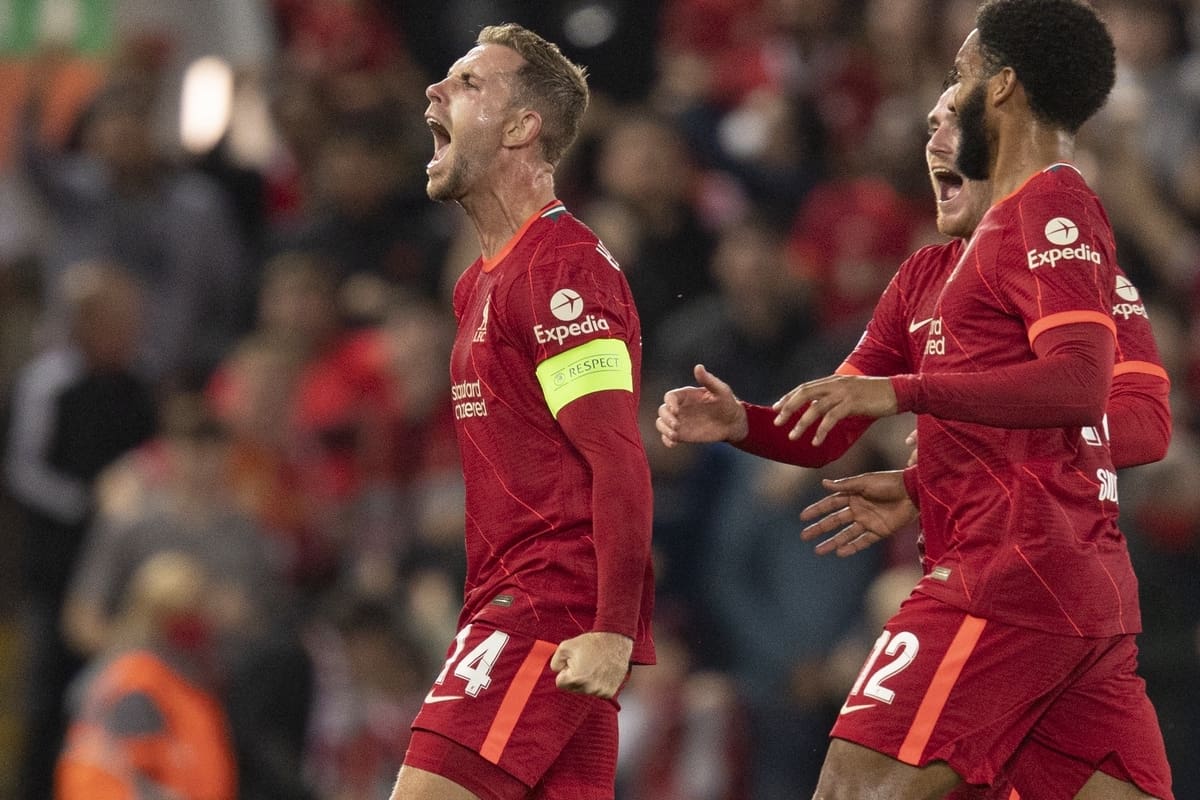 Jurgen Klopp has emphasised the importance of Jordan Henderson to his Liverpool side and how his captain still has plenty of fire in his belly and room to improve.

The 31-year-old is one of only one of two midfielders to have escaped the midfield injury hitlist so far this season and has missed only two of Liverpool’s games this season.

Henderson has long been a key cog in Klopp’s Liverpool machine and while he penned a new contract until 2025 during the summer, his manager insists he has “no point to prove.”

The fire still burns brightly for Henderson and always will in the mind of his manager, making him an invaluable asset for Liverpool both in the present and the future.

“Hendo is essential to all the things we achieved in the last few years,” Klopp said.

“He has no point to prove, if anybody thinks he didn’t play a good season last season or whatever, he was injured in the last part which was very unlucky.

“Before that, he helped us in three different positions pretty much.

“We just had a tough year for all of us and the decisive period of the last season he couldn’t be involved because of injury, then he went to the Euros and was not involved as much because of the injuries before. 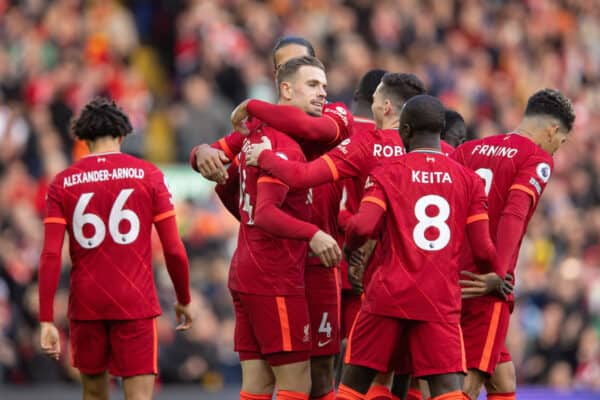 “But he has no point to prove and I never want to give him that feeling. I know his natural motivation is already at the limit.

“You don’t have to put oil in the fire, there is enough fire there already and that’s Hendo. The new contract is just what he deserves and what about the club needed.

“We need players like him, and especially him, in the club in the long term because these boys, the quality of them, the mindset of them, the attitude of them, they set standards for all the rest.

“That’s why it’s so important that we have these players in the squad and on the pitch, obviously.

“And Hendo is not old or whatever and he can still develop and he has to and he will, and I will not stop helping him with that. That’s the situation.

“I was not concerned that the new contract could stop him being a crazy devil from time to time on and off the pitch, his mindset is made for winning things and I’m really happy to have him here.”

When posed with how few defeats Liverpool suffer with Henderson in midfield, Klopp joked: “I read another statistic that we never lost when Fabinho and Thiago played together so that now means that’s our midfield and the others can not play?

“He is so incredibly valuable! And another statistic, I think, Hendo, after the last game or before Brighton, surpassed Gareth Barry as the player with the most [completed] passes in the Premier League.

“I read something like that. And still, obviously, four or five years to go!

“So absolutely incredible and he will have a few more so that says all about Hendo. He’s absolutely great and a very important figure in this team.”