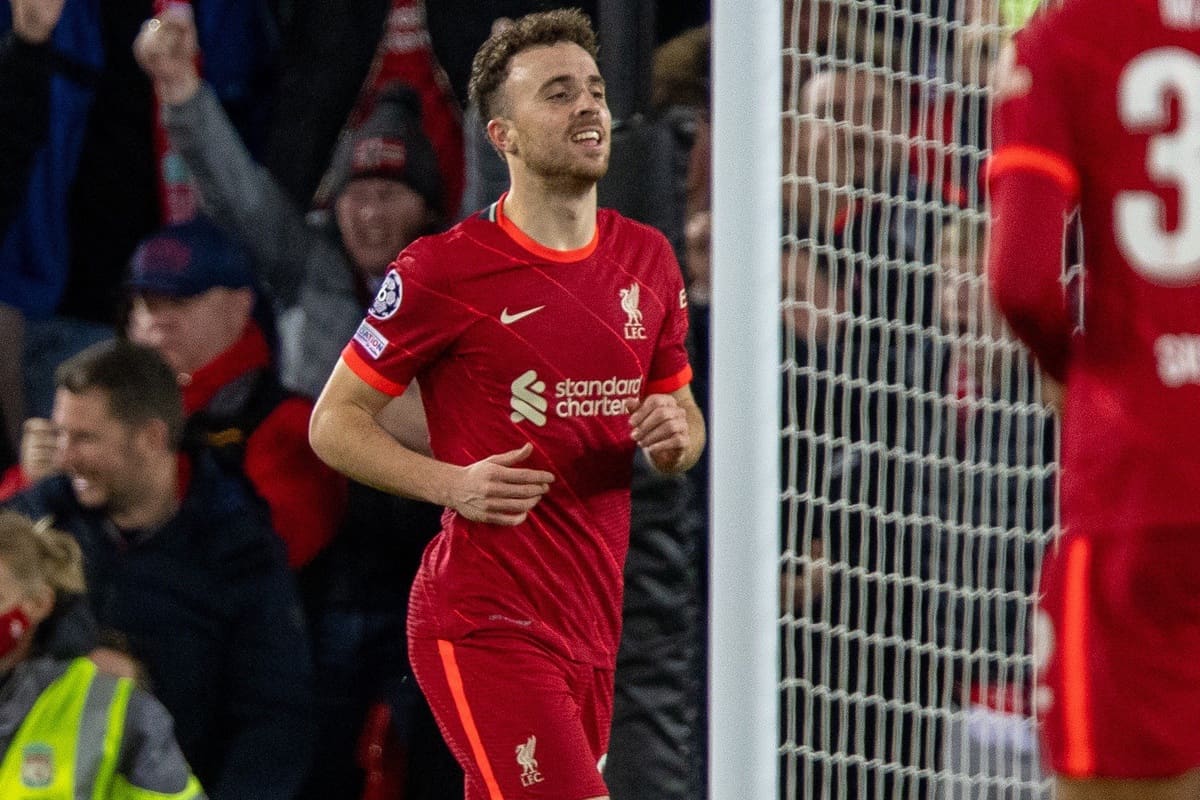 Liverpool’s 2-0 victory over Atletico Madrid at Anfield not only booked their place in the last 16 of the Champions League, but did so as Group B winners.

The Reds went into Wednesday’s game knowing a draw would be enough to progress to the knockout stages, but three points could seal top spot.

With AC Milan drawing 1-1 with Porto earlier in the evening, the odds were stacked in Liverpool’s favour, but they certainly did not take their foot off the gas.

Early goals from Diogo Jota and Sadio Mane decided a fierce tie that saw Atletico defender Felipe sent off in the first half and seven other players booked across the two sides.

With Atletico down to 10 men, Liverpool could toy with their opponents, though there were plenty of wasted opportunities to extend their lead in the second half.

Two goals clinched the result, and in the process a place in the last 16 as winners of Group B.

It is the first time the Reds have won their first four games in the group stage of the Champions League, opening up a seven-point lead over second-placed Porto.

They did, though, qualify with two games to spare in 2006/07 under Rafa Benitez – but never won the group after four games.

Jurgen Klopp‘s side have scored 13 goals in the group stage so far, at least nine more than any of their opponents, and they are the only side in Group B with a positive goal difference.

They are one of four clubs to have already qualified for the last 16, following Bayern Munich and Juventus’ success on Tuesday and Ajax on Wednesday.

It means the final two group games – at home to Porto on November 24 and away to Milan on December 7 – are effectively dead-rubbers, meaning Klopp could rotate during a hectic period.

And with the last 16 draw to be held on December 13, Liverpool will be seeded and up against one of the sides to finish second in their group.