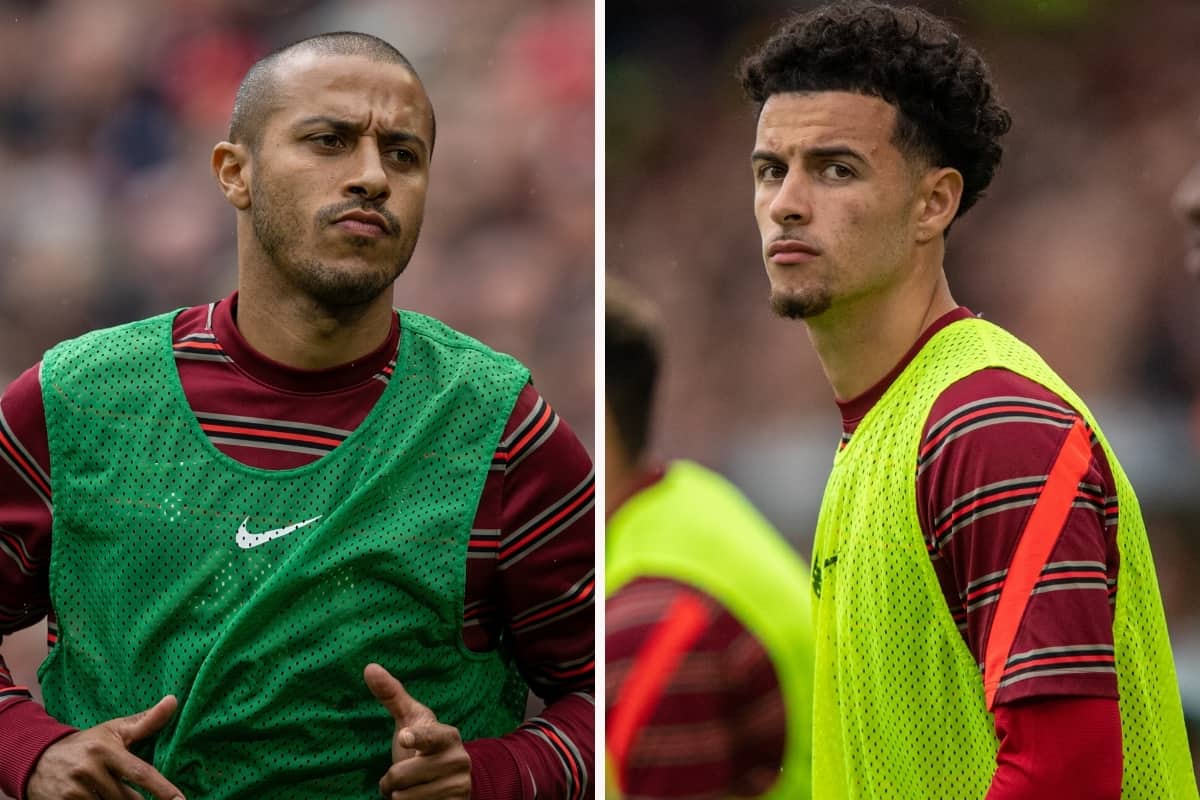 Liverpool have been handed a welcome boost after Thiago was left out of Spain’s squad for November’s internationals, while Curtis Jones‘ injury has denied a return to England’s under-21s.

The final international break of 2021 will follow Liverpool’s trip to West Ham on Sunday, with a dozen senior Reds expected to jet off to various parts of the world.

But midfield duo Thiago and Jones will see out the remainder of the year without featuring on the international stage.

The latter was not named in Lee Carsley’s 22-man squad for England’s U21 EURO qualifying match with the Czech Republic and friendly against Georgia due to his freak training ground incident.

Jurgen Klopp revealed on Wednesday that he “got a finger in his eye, scratched a little bit, can’t see from the eye at the moment, needs to lie down for a week.”

“It will be fine, but it needs a while,” the manager added, meaning a trip to West Ham is off the table for the 20-year-old.

But Liverpool’s options have been boosted by Thiago and Fabinho‘s return to action in midweek following their respective injury layoffs in what has been a troubled time for the midfield department. 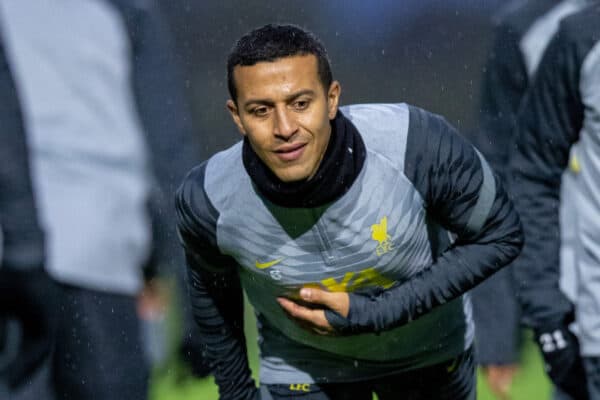 But whether for only having just returned from injury or a desire to phase him out of the team, Thiago was absent from Luis Enrique’s 25-man squad for Spain’s all-important World Cup qualifiers.

The likes of Rodri, Carlos Soler, Koke and Mikel Merino were instead selected for the meetings with Sweden and Greece.

With just over 30 minutes under his belt after six weeks out and likely more to come on Sunday, Thiago will still need time to find his rhythm and match fitness and the break will provide more time to do so.

With 12 games to follow the break up until the end of the calendar year, having Thiago primed to feature will be a major boost.

And Joe Gomez will remain with the likes James Milner, Naby Keita, and Harvey Elliott in the treatment room over the break, and potentially Roberto Firmino following his hamstring strain against Atletico Madrid.