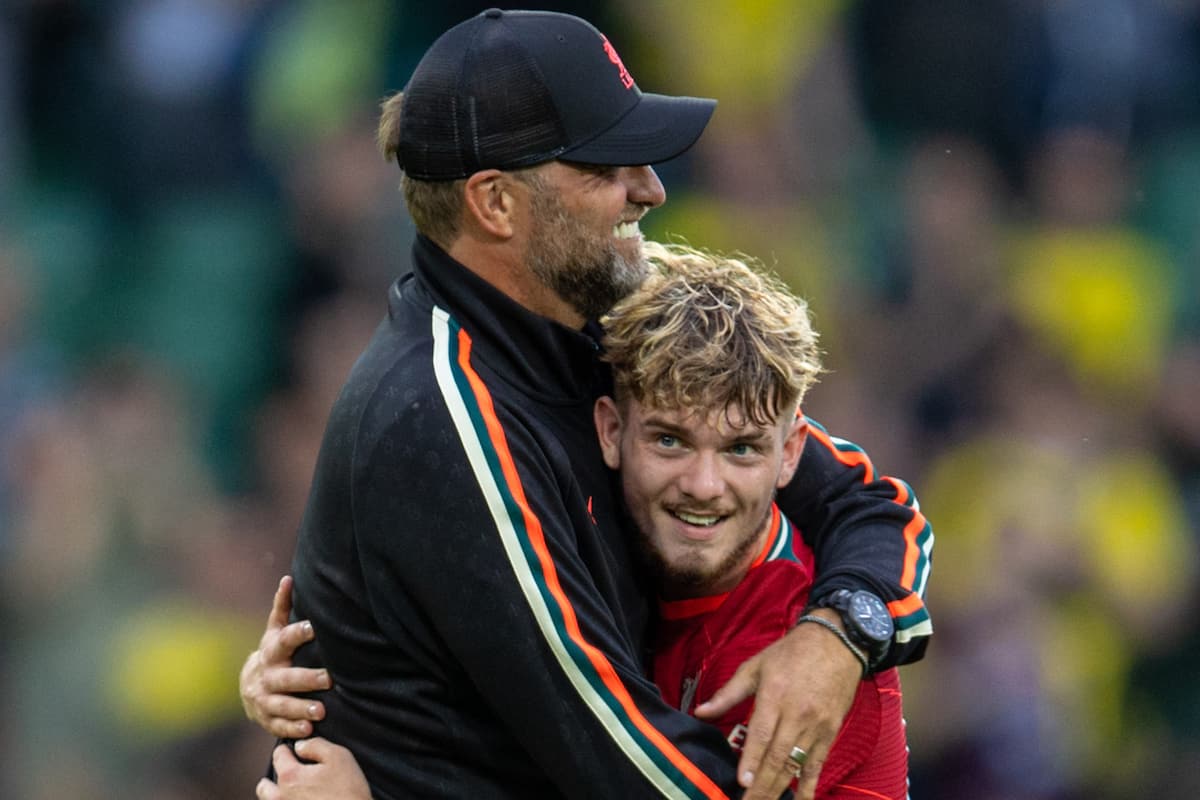 Harvey Elliott is now heading into his third month of recovery from his ankle fracture-dislocation and while Jurgen Klopp is pleased with his progress, there will be no rushing his return.

The 18-year-old would have been well within his rights to bemoan his luck after breaking into the first team, but it’s been nothing but positivity from the outset.

Elliott is increasing the stress on his ankle day by day, slowly moving one step closer to a return – which the club are still resisting placing a timeline on.

It eases expectation and provides room for their “long-term prospect” to take his recovery one step at a time, with the Reds not eager to be in a position to rush him back.

And with another outdoor session under his belt, Klopp was asked about Elliott’s physical and mental recovery and his words were complimentary and full of admiration all the while stressing the return will take as long as it takes.

“I saw him running this morning. We have this foot injury so there are rusty mornings when you get up and when it doesn’t feel so well,” Klopp said.

“But he’s running outside, full bodyweight. Good sign, that’s all fine. When he will be back, I have no idea.

“But from a mental point of view, Harvey is rather an old soul I would say. He’s very mature for his young age so he’s completely fine at the moment with the situation.

“He accepted it, deals with it and everybody around tries to help him.

“But when you think, ‘maybe I should cheer him up a bit’, it’s rarely needed. He obviously has a brilliant family at home and he’s a rather positive fella.

“Yes, we all hope from a physical point of view that his young age helps him to recover quickly – but quickly is not so important, fully [recovered] is the main thing.

“In the moment, I hope I don’t eat my words, but I cannot see a scenario where we would even think about rushing him back.

“He’s our long-term prospect and each day we can get him back earlier is great but we will not rush that.”