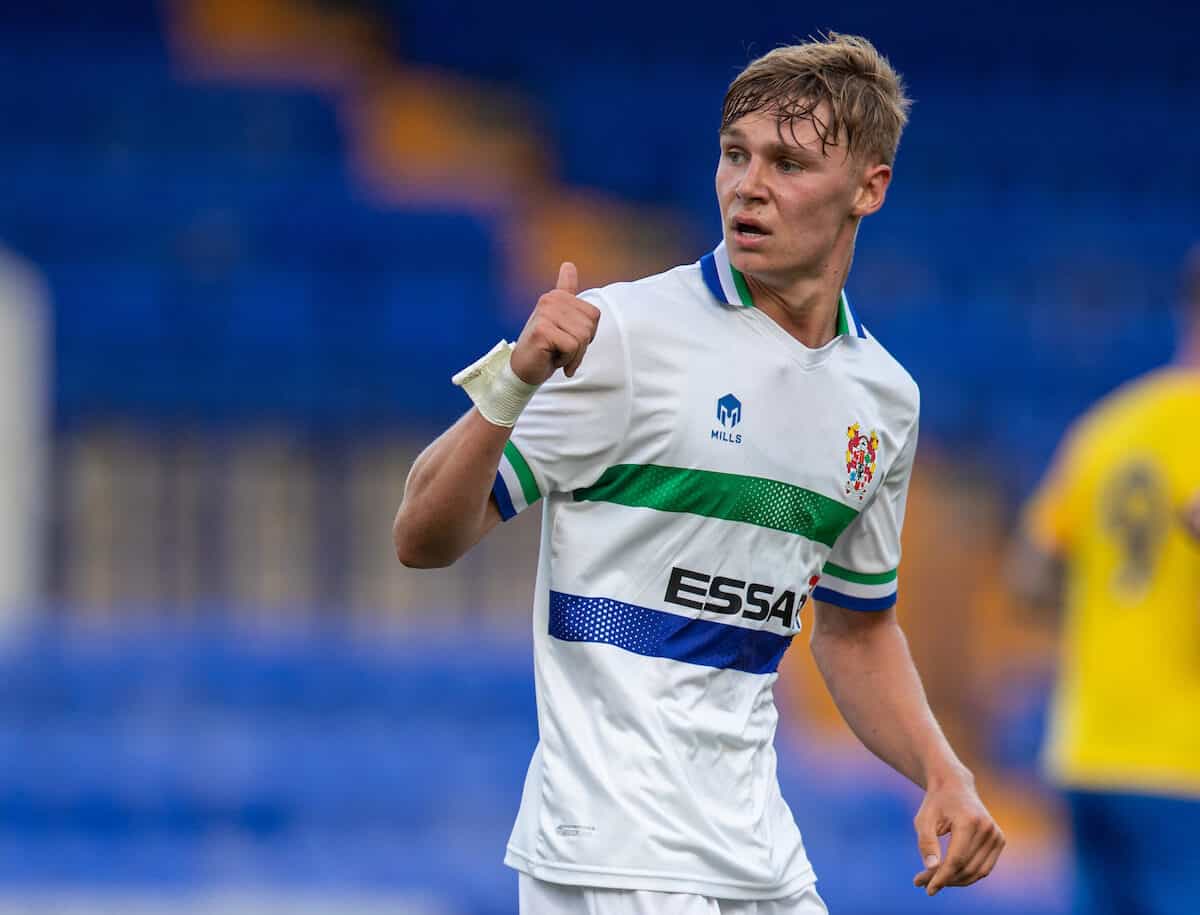 Paul Glatzel has waited a long time for his first senior goal, having been promoted to Liverpool’s first team in 2019, but he scored twice for Tranmere on Tuesday night.

There were high hopes for Glatzel when he, along with under-18s strike partner Bobby Duncan, was included in Jurgen Klopp‘s squad for pre-season two years ago.

But an ACL injury suffered on his first outing against Tranmere saw him take a big setback, which eventually led to him joining the League Two club on loan in July.

With his 21st birthday to come in February, time is still on Glatzel’s side, but it has been a difficult start to life at Prenton Park for a striker who bulked up considerably during his downtime.

His first nine appearances came without a goal, with the youngster also going unused for nine consecutive games in League Two between the start of September and the end of October.

After 45 minutes in the 2-0 loss to Mansfield Town last time out in the league, Glatzel started in the EFL Trophy clash with Oldham on Tuesday.

Glatzel lined up in a three-man attack alongside Nicky Maynard and Stephen Walker, though it was Oldham who struck first, with a Zac Dearnley brace giving them a 2-0 lead.

The Liverpool loanee found the back of the net before the break, though, with his first-ever senior goal coming as he bundled in Ryan Stratutlis’ cross

He then turned provider to level the scores after half-time, beating Oldham centre-back Carl Piergianni for strength before surging up the right and clipping the ball across for Maynard to convert.

Glatzel’s second of the game – and the winner – was a brilliant finish from a tight angle that left Jayson Leutwiler pounding the floor having been beaten at his near post.

In his post-match interview, the striker spoke of the importance of minutes and goals for his confidence, having been “a bit disappointed” with his experience since joining Tranmere on loan.

“It’s massive for me just getting minutes. I want to be playing as much as possible,” he said.

“[I am] a bit disappointed with how it’s gone so far, but delighted to get two goals today, get 90 minutes under my belt and hopefully I can kick on now and see how it goes.

“Obviously goals help, don’t they? I’m happy to chip in for the boys today. I feel like I needed that, needed some goals and I’ve got them today.

“Hopefully they keep coming now and I can kick on.”

As part of our celebrations to mark 20 years of This Is Anfield this season, we are pleased to be sponsoring Paul Glatzel while he is on loan at Tranmere.

For every goal Glatzel scores for Rovers, This Is Anfield will donate £20 to Fans Supporting Foodbanks, marking our 20-year celebration.