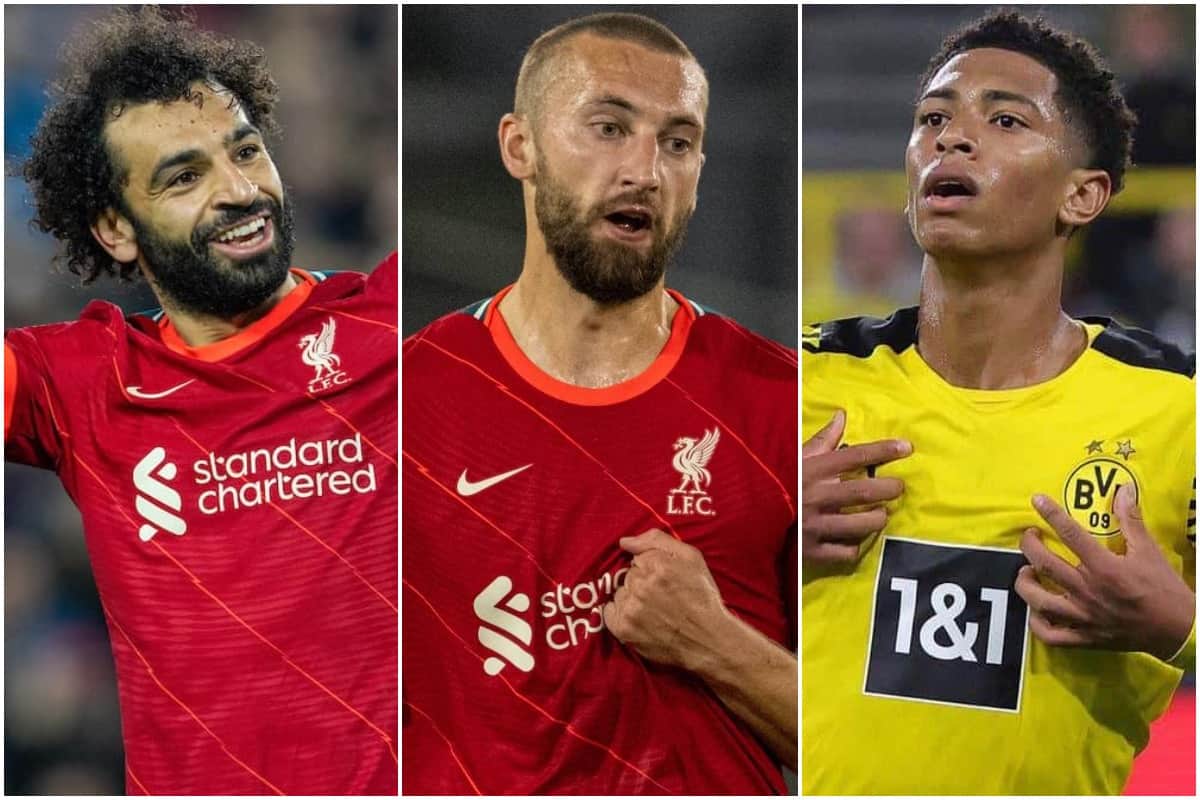 Liverpool players and fans are basking in the glory of another win, another record or two and another knockout stage in Europe on the horizon. Next up? Villa and Gerrard!

Recent reports suggested the Reds had moved to prime position for signing Jude Bellingham in 2022, with the most optimistic of those suggesting a winter window switch.

That always seemed improbable, even with Dortmund now out of the Champions League, and it has been dismissed as unlikely by local reports and Sport Bild.

Elsewhere, we’re set to consider midfield reinforcements all the same and our scouting network has its eyes on Aguibou Camara this week, when Olympiacos face Antwerp.

Greek journalist Giannis Chorianopolous says we’re one of the sides who are set to be in attendance for the Europa clash – and it’s not the first time we’ve been heavily linked.

One for the future, but he’s making an impact on the continent right now.

Nothing to do with Liverpool today, just think this is brilliant.

Tonight’s games are the others which matter in the Champions League. The Sevilla, Salzburg, Wolfsburg, Lille group is the one with most riding on it – all four can still go through or go out!