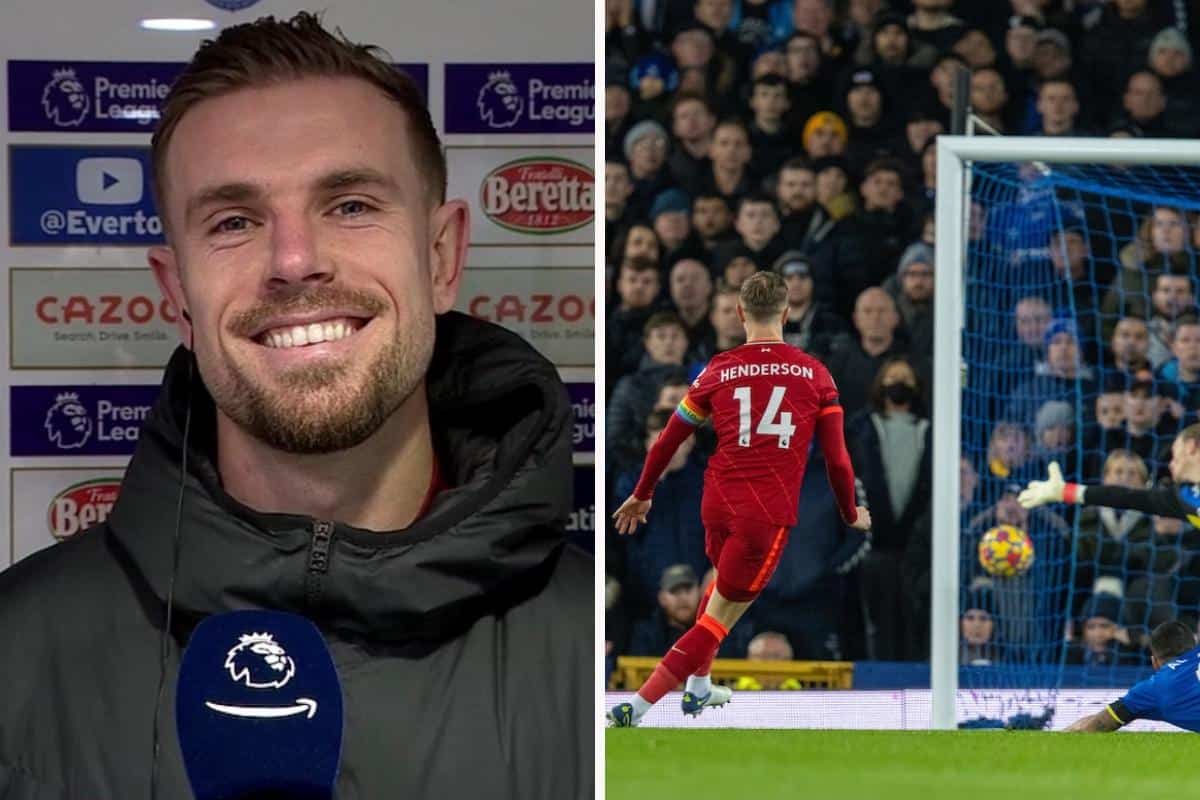 Having been denied a goal at Goodison Park last year, Jordan Henderson made no mistake as he opened Liverpool’s 4-1 mauling of Everton, bringing a “nice feeling.”

In the 2-2 draw at Goodison last term, Henderson’s last-minute winner was ruled out by the most ridiculous of margins as VAR deemed Sadio Mane‘s elbow to be gaining an advantage.

The frustration of that day across Stanley Park was relieved on Wednesday night as Liverpool ran rampant against their listless rivals, with pressure rising for Rafa Benitez.

Henderson opened the scoring before supplying the second for Mohamed Salah, and though Demarai Gray temporarily reduced the deficit, Salah and Diogo Jota struck after the break to seal the Reds’ biggest win at Goodison since 1982.

Speaking to Amazon after the win, the Liverpool captain was asked about the importance of his goal and the quality it required.

“It was nice, first time to score against Everton in the derby, it was a nice feeling,” he said.

“I think Sadio and Robbo did brilliantly down the left side, Robbo cut back and I’ve just tried to get good contact on the left and just try and guide it in the corner.

“So thankfully it went in.

He added: “It was bouncing a little bit but I used the defender, I’d seen him coming, just tried to whip it round him and into the corner. Like I said, thankfully it went right in the corner.” 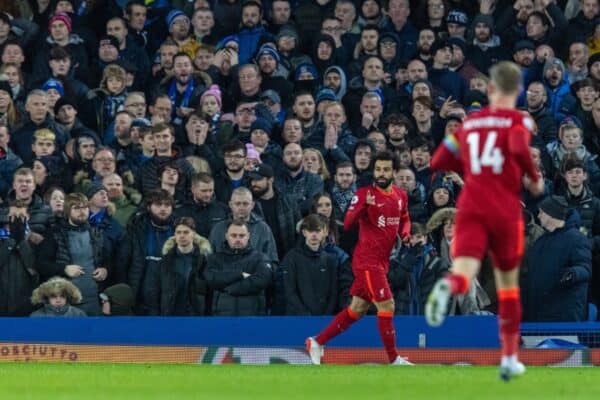 Henderson was also questioned on Salah’s form, and his belief in the No. 11 to pull things off on the pitch, as was the case as he ran onto the midfielder’s pass and finished to make it 2-0.

“You know he’s going to create chances, score goals, and at the minute you wouldn’t want to play against him.

“He’s a joy to play with. He makes my life a lot easier, I just give him the ball, he goes and puts it in the back of the net.

“Another outstanding performance from him.”

The win keeps Liverpool in third, with a point fewer than second-placed Man City and two behind leaders Chelsea, with Henderson still taking things a game at a time.

“It’s very tight at the minute, but for us, I always say and it’s a boring answer, we just focus on ourselves, focus on the next game,” he continued.

“Especially in December, there’s a lot of games coming up, it’s about recovering properly, getting ready for the next game and just trying to get as many points on the board as possible over this period.”