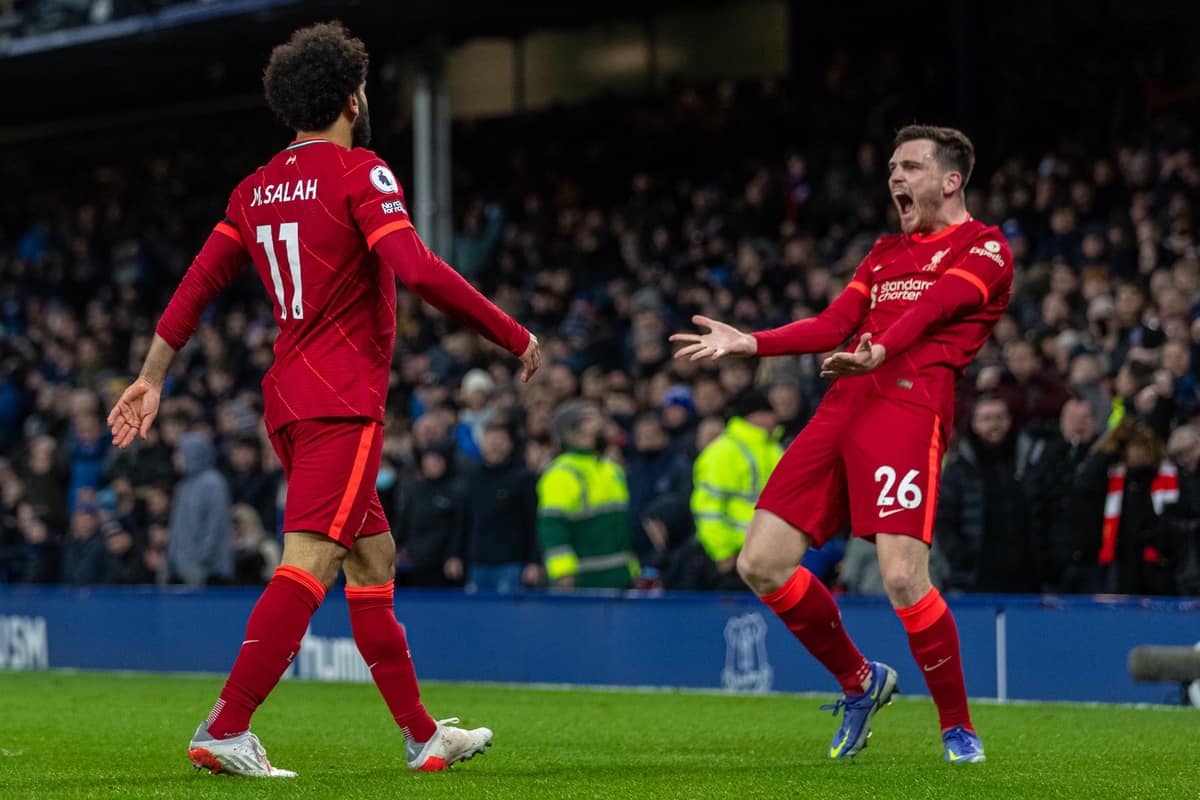 Merry Christmas, Everton! It was a night to remember at Goodison Park for those of the Liverpool persuasion and it was a 4-1 victory that was rightly revelled in.

With two goals inside the first 20 minutes thanks to Jordan Henderson and Mohamed Salah, Liverpool looked to be in cruise control to steamroll their way to another win.

Sloppy defending let Demarai Gray convert to give Everton impetus in a game that should have been out of sight for the Reds.

But Salah would capitalise on a moment that Seamus Coleman would rather want to forget to re-establish the two-goal buffer. Seventh-best player? We think not.

Diogo Jota then had to join the party, because why not, with a sumptuous near-post finish that left Reds in delirium and the Blues piling out in desperate search of the exit.

And as you can imagine, there were plenty of happy Reds after the full-time whistle:

Not bad for the 7th best player in the world.

Henderson is magic Everton are tragic

Mo Salah and Diogo Jota have as many league goals this season as Manchester United.

Didn't even need Divock Origi. It was that easy. #LFC

Hard to get properly booed off when there's no fans left.

First time in the Klopp era that Liverpool really lorded their superiority over Everton at Goodison. Not perfect, but really, really good.

I don't think there is a team in the world attacking as well as Liverpool do at the moment. Everything is fluid and familiar. Connections are clean. It's another superb finish from Henderson.

The gulf in class between Liverpool and Everton today is as big if not bigger than it has ever been in my lifetime. Reds were magnificent, Salah sublime and Jota's goal breathtaking. GET IN

I don’t think we’ve ever seen a Liverpool team score at this rate. Not sure we ever will again tbh.

The 4-1 victory means Liverpool inflicted Everton‘s biggest home defeat in the derby in 39 years, it was certainly due!

While there were a few bumps on the night it was another show of dominance from Liverpool as they continue their charge in the Premier League, remaining just two points off the top spot.