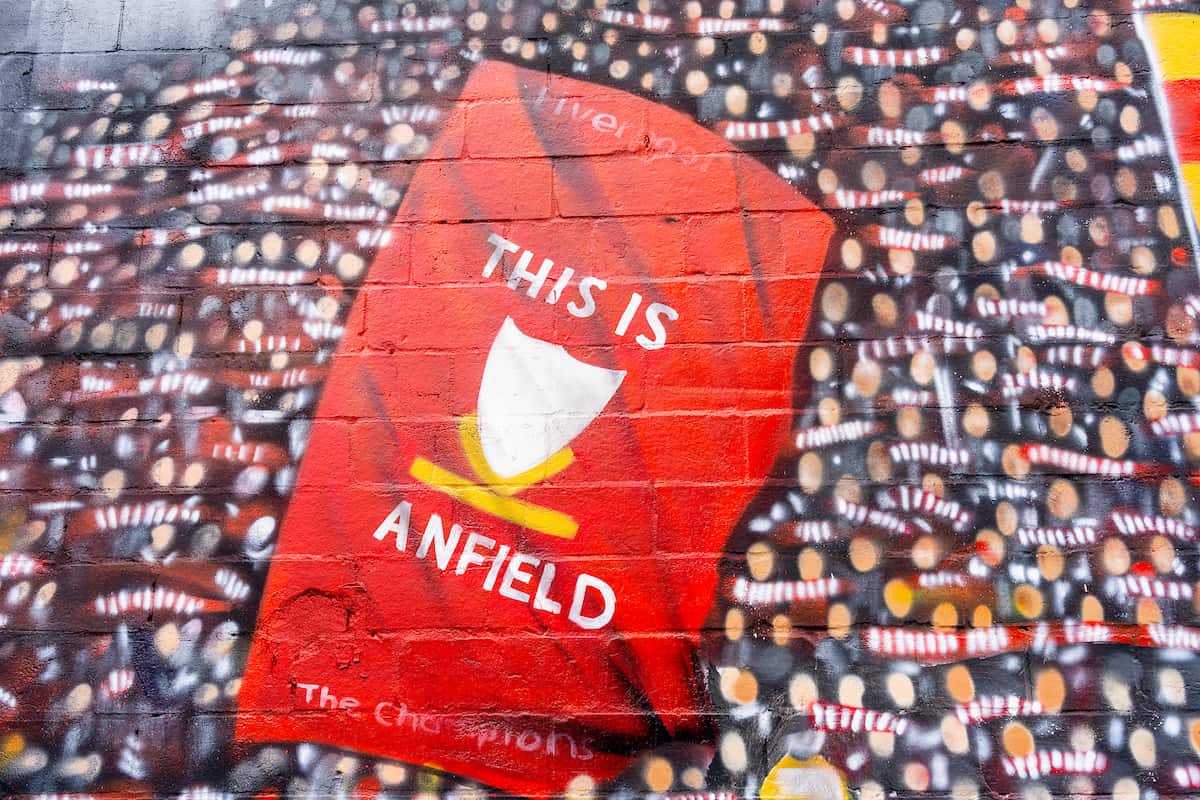 If Liverpool had been playing at Anfield as scheduled today, you’d have seen This Is Anfield’s editor, Matt Ladson, in the matchday programme…

Of course, the postponement means that the programme has now become somewhat of a collectors edition, with only subscribers who had already been sent theirs in the post able to get their hands on it.

Matt was appearing in the programme’s Anfield Review, marking 20 years to the day since This Is Anfield was founded as a website. Read it in full here:

In a blaze of absolutely no glory, we launched This Is Anfield as a website exactly 20 years ago today, two teenagers with little better to do on Boxing Day. Liverpool beat Aston Villa 2-1 later in the day, with Nicolas Anelka making his debut from the bench.

Gerard Houllier had guided the Reds to the cup treble in the previous season but was recovering from his heart operation, Phil Thompson instead overseeing things from the Anfield dugout.

Back then we coded literally every page manually. If you wanted to change a design aspect of the website you had to change it on every individual page. It was a labour of love, to say the least!

Eventually, the internet evolved, content management software made lives much easier and we found ourselves growing at a rapid rate, fans from all over the world finding an online home for the Reds.

We became the first fan website to offer SMS updates and as social media evolved so too did This Is Anfield. Now, we have almost four million followers across the various networks, which is extremely humbling – we never set out to create a media outlet like what we’ve found ourselves doing!

This year, as we mark our 20th anniversary, we have sponsored young forward Paul Glatzel while he’s on loan to Tranmere Rovers and earlier this year I had the absolute honour to sit down with Jürgen Klopp for a one-on-one interview.

I can’t lie, it was a nerve-wracking moment. I’ve had the privilege to be around Jurgen thanks to my work with FourFourTwo, and attending his first press conference was a proper pinch-me moment, but I’d never interviewed him directly. 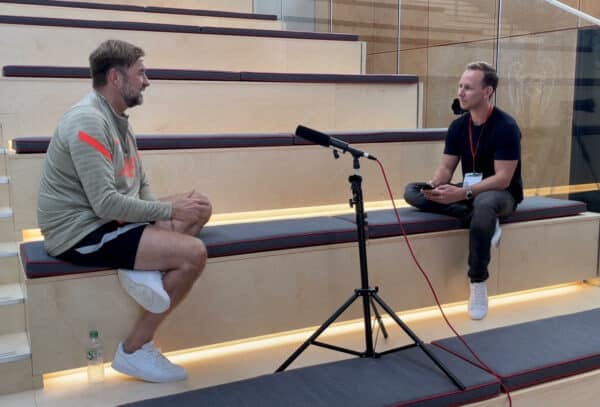 The thing with Jürgen is, his infectious personality and that unique laugh of his makes you feel so at ease. It was an absolute honour and privilege – and also a relief that it all went well and we got the video recorded without any hiccups!

Releasing the interview itself was just as anxious a moment but thankfully (most of) the feedback was extremely kind. I cannot thank everyone who said nice things enough.

After running a Liverpool supporters website for 20 years, I’ve travelled all across Europe and on pre-season tours to America and Asia. What you never, ever get used to is how there are Reds literally everywhere you go. From a taxi driver in Bangkok to a bell boy in Qatar, I’ve had conversations with lifelong fans from every corner of the globe. It’s the unifying language of us all.

I know that it seems very rose-tinted and biased when we say that we, as Liverpool supporters, are unique, but it’s absolutely true. My brother-in-law, for his sins, is a Spurs supporter and after the 2019 Champions League final all he could say was how big Liverpool’s fanbase is.

I’d seen it before in plenty of European finals, including the office workers in Basel who clocked off early, bought a pack of beers and joined in with the red party that was going on outside their windows.

When you see how much fun we’re having following the Reds, why wouldn’t you join in?

And here’s how it would’ve looked…! 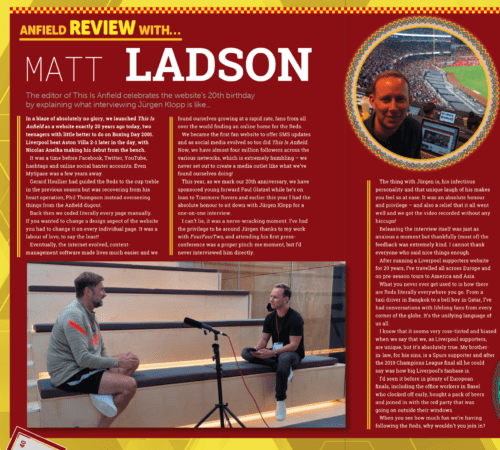