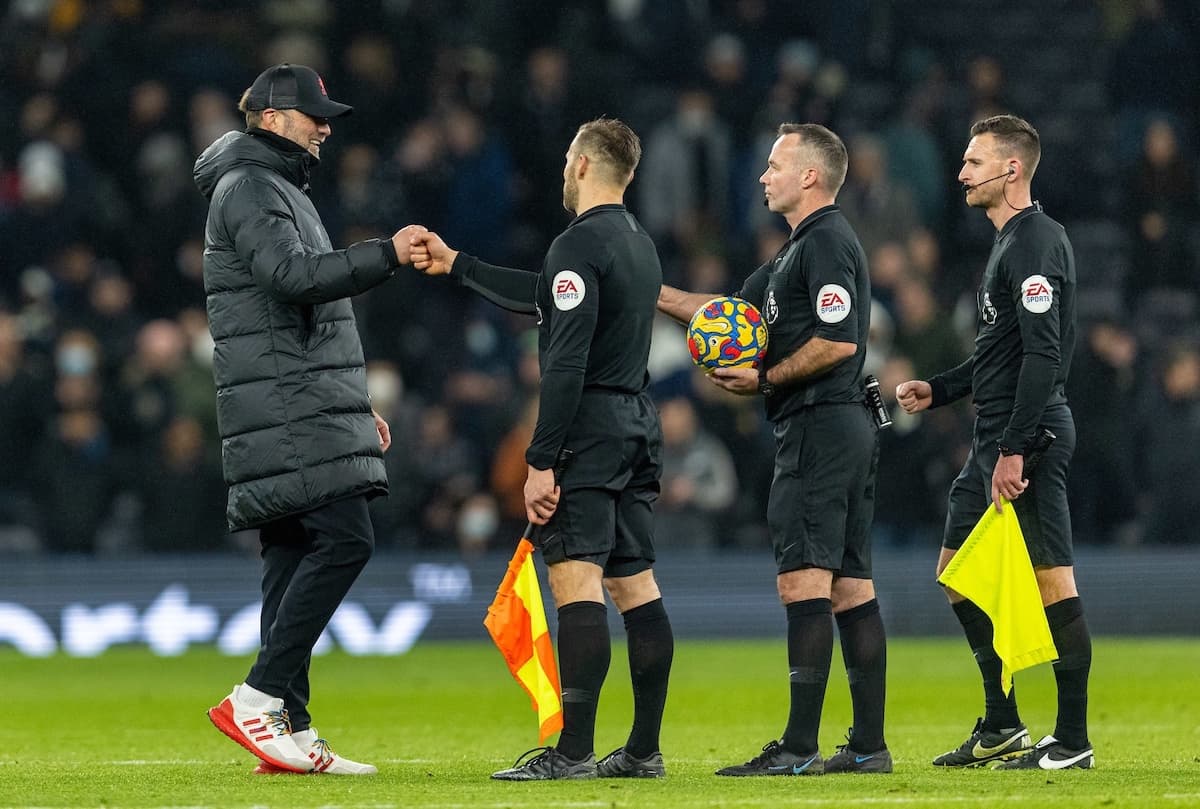 Jurgen Klopp was rightly frustrated with referee Paul Tierney after Liverpool’s 2-2 draw at Tottenham, singling the official out for a series of hapless decisions.

The Reds played out an excellent game of football in north London on Sunday, with Spurs going toe-to-toe with the title contenders.

Harry Kane benefited from space behind Liverpool’s defence to open the scoring, but minutes later should have seen a red card for a terrible challenge on Andy Robertson.

Later, Diogo Jota was felled in the box only to see Tierney wave it away, and then, with the scores at 2-2, Robertson was rightly sent off, with a VAR review proving that the technology was, in fact, in use.

It was a shocking performance from Tierney, and in his post-match interview with Sky Sports, Klopp vented his frustrations and likely earned himself a fine.

But his exchange with Tierney immediately after the game, in the centre circle, said it all, with the manager telling the referee “you have never played football.”

Jurgen Klopp is not happy with the referee at full-time ? pic.twitter.com/POyJl9BzN2

“I have no problems with any referees, only you,” Klopp said.

“If you don’t think that this is a penalty, you’ve never played football.”

This stems from Tierney telling Klopp that he ruled out the possibility of a foul on Jota in the box as he believed he had intentionally stopped in order to win a penalty.

Klopp, therefore, told him “you’ve never played football” as if Tierney had, he would have understood that in order to shoot Jota had to change his movement; and either way, the striker is well within his rights to stop.

It was a baffling display from Tierney, who seemingly had little intervention from the man in the VAR booth, Chris Kavanagh, either.