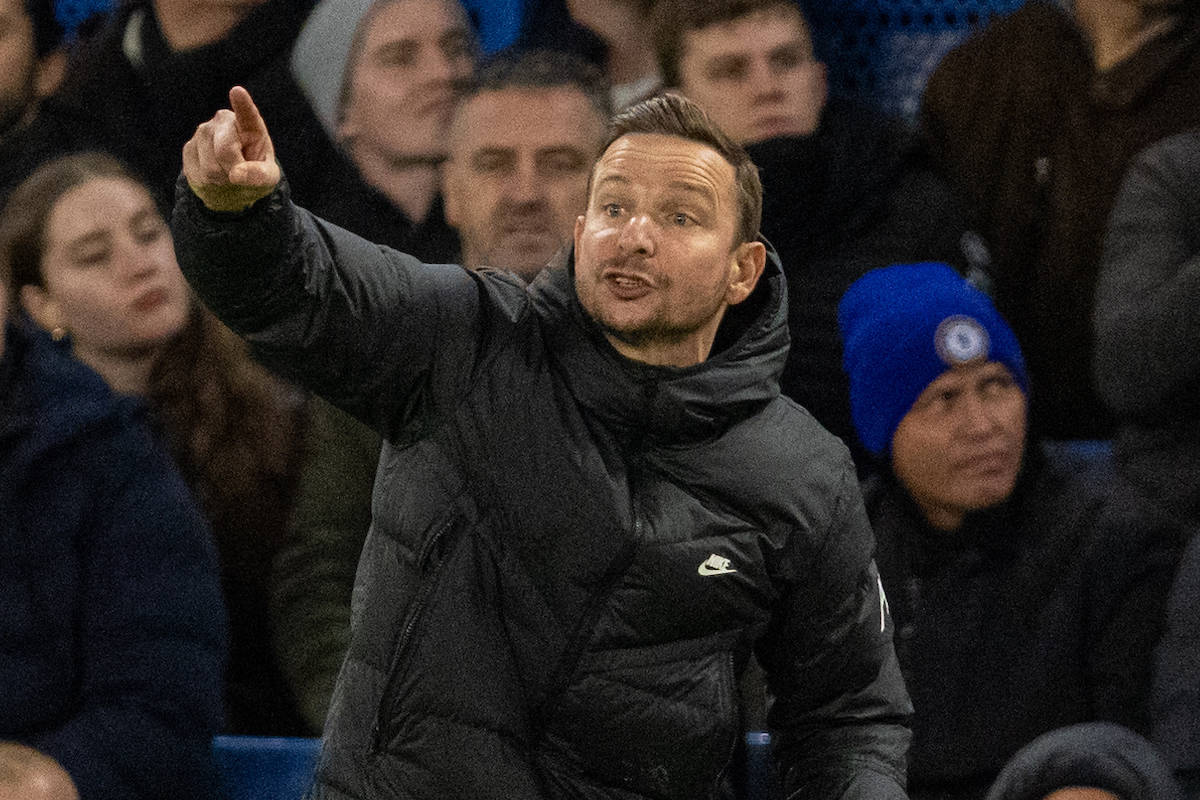 Pepijn Lijnders offered a pragmatic view after Liverpool conceded a two-goal lead to share the spoils in a frenetic game of football at Chelsea.

The Reds’ assistant manager was standing in for covid-hit Jurgen Klopp at Stamford Bridge and spoke to the media in the post-match press conference, on the performance, the title, and the Afcon ahead.

Lack of control the issue

2-0 up, then 2-2 inside five minutes, Lijnders admitted his side did not control the game as they’d have liked in the first half.

“We should have controlled the game better,” he said.

“We connected well and were quick of mind. They opened up spaces so well to create.

“We could have played better football in their half to limit their chances. We corrected a few things defensively but we didn’t keep it long enough at times.

“In moments we can progress with the ball the balance was not right.”

The result means it’s just two points from the last nine for Liverpool and leaves the Reds 11 behind Man City.

But Lijnders refused to give up on the title, saying that it was a “positive point.”

“It’s a positive point in a difficult situation. An incredible game. [It’s] never boring with us. We never look at others.

“The opposition may get some difficult situations, we always focus on us and the next game to make it a final and give it all we have.

“The title is not decided until the final match-day.”

A “compliment” – no excuses

Lijnders echoed words in his post-match interview with Sky Sports to say that the result and performance was a compliment to the side given the circumstances – missing the manager, three key players due to covid, plus five more due to injury and another through suspension.

“Overall I speak a lot about tactics, but overall it’s pride. We could have had a lot of excuses but the team fought with all they have.

“It’s a big compliment for our team,” insists Lijnders. “We kept the fighting spirit up.”

This was the last game before Mo Salah, Sadio Mane and Naby Keita depart for the Africa Cup of Nations, and Lijnders spoke about the options without the trio and explained what he told them in the changing room.

“We can try to plan this but you can never prepare,” he said – while also saying that other players (assumedly Takumi Minamino and Divock Origi) are due back.

“It’s not a worry, we have faith in the boys we have. We know some can play more offensively.

“I told the boys, Naby, Mo, Sadio they should try to win the AFCON, it’s a prize to catch and careers aren’t long.

“They are African legends for me but they can be even bigger legends if they win the Afcon.

“Some of the boys are planned to come back. We could have made excuses today but we didn’t and it’s a positive point.”