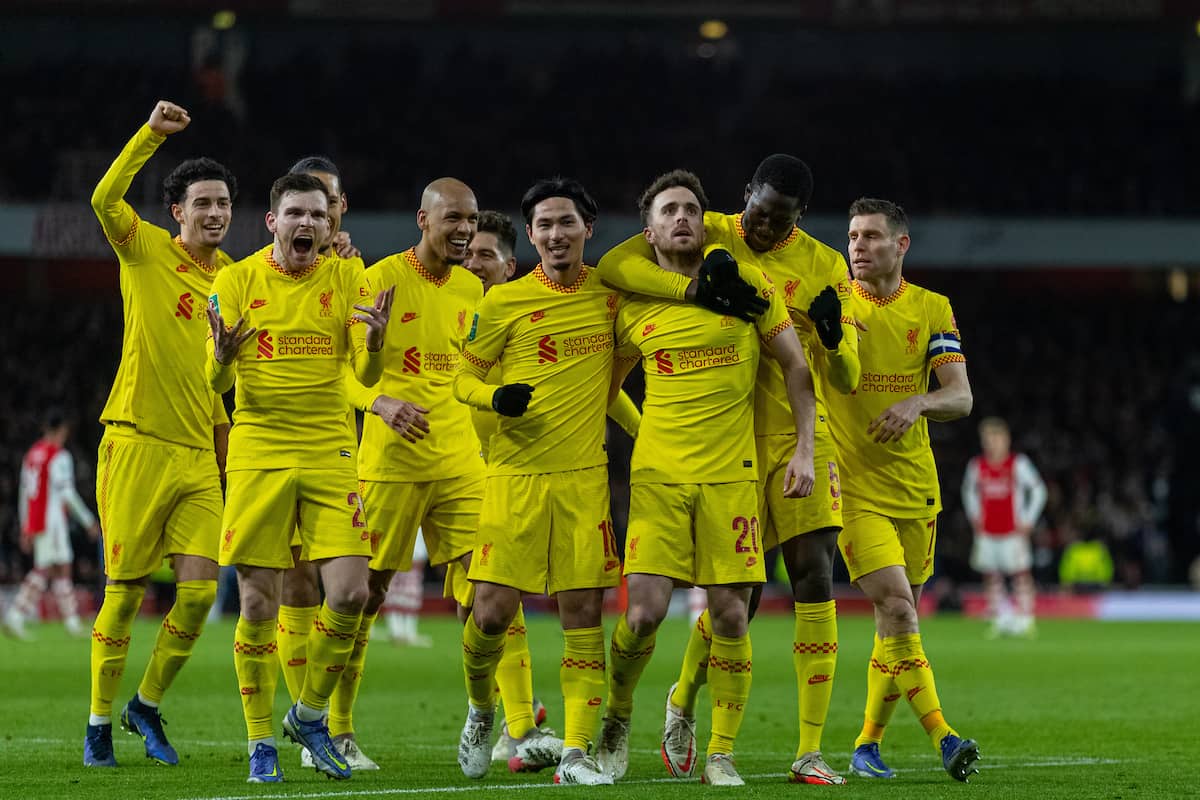 Book your transport, sort your hotels, the Reds are heading back to Anfield South. Arsenal competently dispatched, Liverpool will be taking part in the League Cup final next month.

He commands the area well for a young keeper with such little experience, and makes more and more of a case for himself to be worthy of increased game time.

Grew into the game, started quietly and ended on the verge of assists, as per usual. Two in total, another routine day at the office.

Managed the game well, as did the entirety of the defence in general. A solid run-out for the local lad.

He will score again one day soon, won’t he? Typical of Liverpool’s gangly supremo to slot home the coolest of finishes to be flagged immediately offside. Held his own, as always, before being replaced by big Ibou at half-time.

Cool, calm, business as usual. Eased the concerns of Kelleher by providing constant options from the back, while looking to get the Reds on the front foot wherever possible.

Tenacious but cautious. Wasn’t his usual self bombing forward at every opportunity, but managed his own game well and did a solid job on the left flank. Left a few mouths agape on the 76-minute mark by almost lashing a volley into the far corner of Ramsdale’s goal.

We need to talk about that challenge on Martinelli. Effortless, slow-motion almost. Ghosting back into the Liverpool area to nonchalantly slide in one of those long legs and pluck the ball away – zero damage to either himself or the opponent.

A routine Fabinho performance, very much on song. Cherish this beautiful Brazilian, he won’t be here forever.

Quiet showing from the skipper, though didn’t put a foot wrong. Unlucky not to get on the scoresheet after Konate’s power-header rocked the woodwork. Replaced in the late stages by Milner. 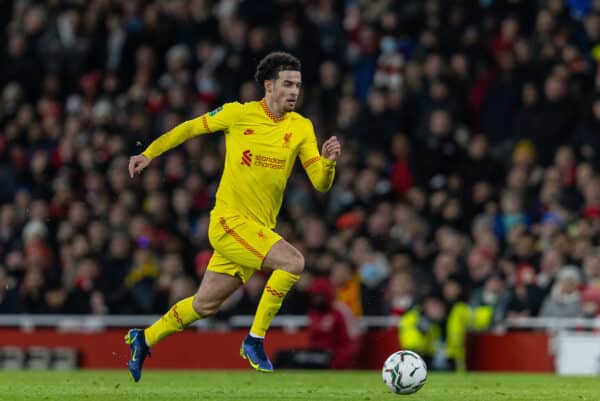 The Scouse Neymar. Jones has some of the best footwork the Liverpool midfield has seen for some time and that is a hill I’m willing to die upon, dear reader.

More of a bludgeoning evening from the academy prospect at the Emirates, who had to dig in and put himself around the pitch. Give him free space to dribble into however, and prepare to see a work of art unfold.

Always exciting to watch, even though the nerves are very much apparent.

Probably should have scored when set up from Jota early in the second half, but blazed his shot over on his left foot. Room for improvement for the teenager!

This lad has talent in bundles, and it will only start to eek out more and more as the first team chances are dished out. One for the future.

Provided authority in the final third and was a constant disruptive presence. Pressed and pulled defenders out of position and opened up plenty of spaces, much to the pleasure of a beaming Klopp on the touchline.

He’s very strong is Diogo, if you didn’t know. Goals aside here for a moment, if that is possible? The diminutive Portuguese star spent the best part of the evening shouldering, wrestling and bundling his way through the Arsenal defence.

Opposition defenders no doubt see him as the curly-haired FIFA nerd he’s portrayed as and that is absolutely, perfectly fine. Long may it continue – underestimate him at your peril. Had Ben White on toast.

Another game, another TWO goals. Class. 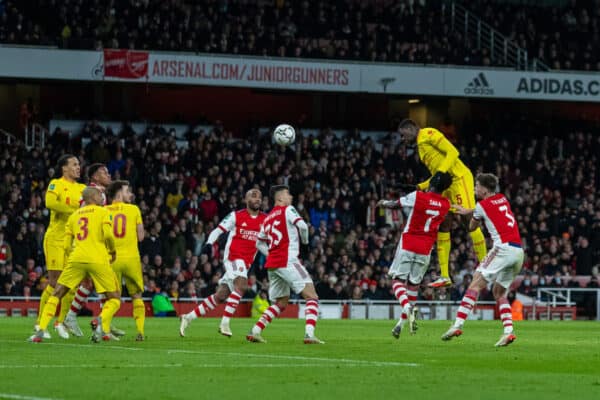 Konate (on for Matip, 45′) – 7 Never shies away from the occasion. Denied by a goal-post getting his first Liverpool goal; it’s coming.

Minamino (on for Gordon, 62′) – 6 Always looks like he’s arriving on the field to score a goal. Opponents now clearly very much wary of his lively presence. 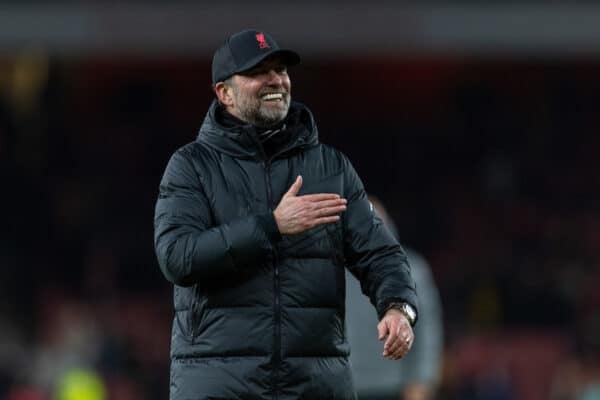 Knows how to shuffle and shake this team to get the best out of them, despite key personnel being absent.

Got it very much on the money with the midfield selection, which Arsenal tried and failed to break apart time and time again.

Handed out opportunities while also making sure fringe players are fighting for the chance of a starting XI slot. Most importantly – is taking the Reds back to Wembley for yet another cup final. Not the worst evening…