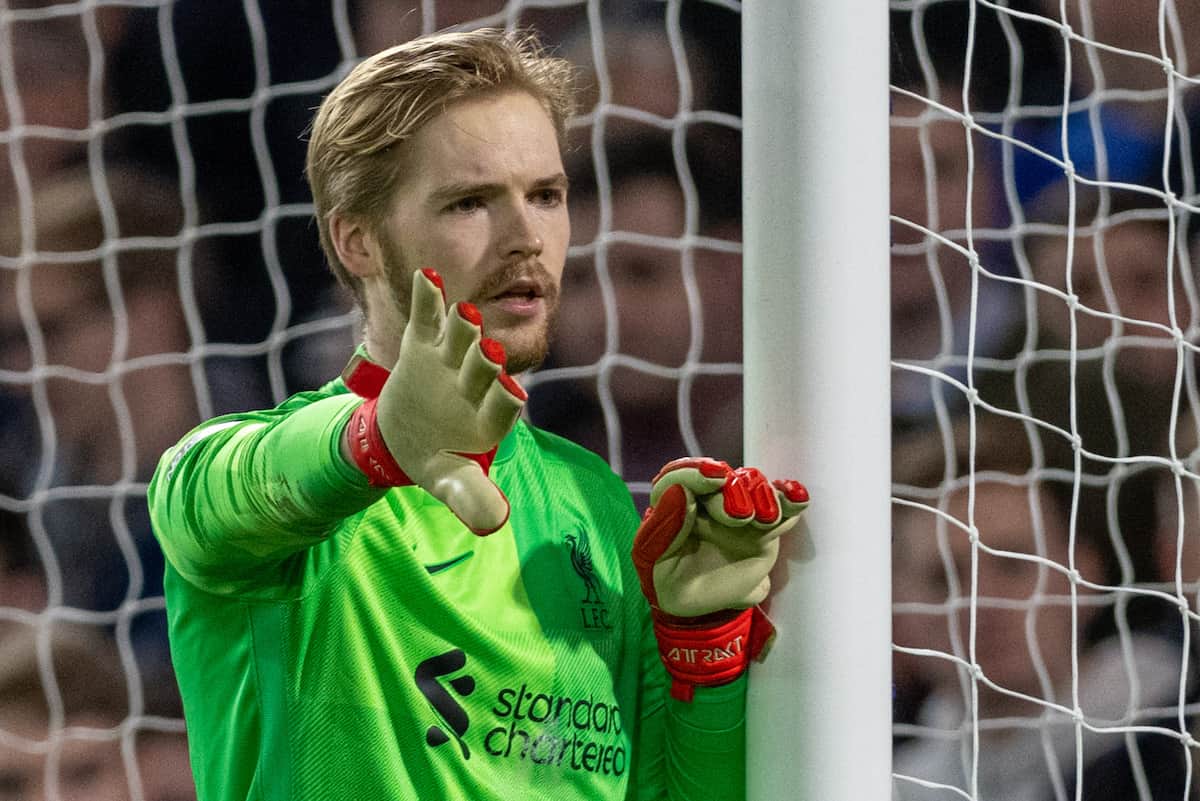 Mohamed Salah and Caoimhin Kelleher stood out for Liverpool in their 2-2 draw at Chelsea, but Jordan Henderson had a stinker at Stamford Bridge.

Jurgen Klopp was not present in west London and Pep Lijnders took charge, as a thrilling Premier League encounter unfolded.

Liverpool raced into a two-goal lead thanks to efforts from Sadio Mane and Salah, but their advantage was lost before the break. 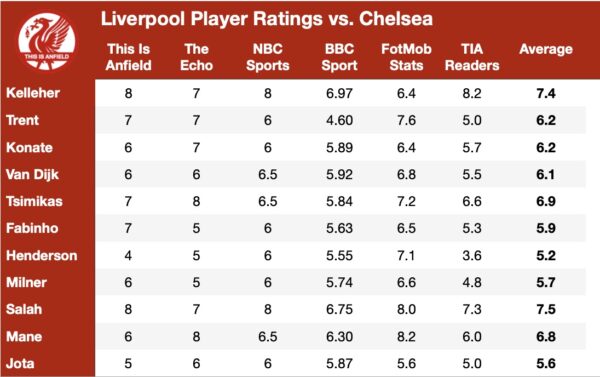 It was Salah (7.5) who earned the highest average against Chelsea, on his final game before departing for the Africa Cup of Nations.

The 29-year-old scored yet another exceptional goal and he almost netted an outrageous long-range effort in the second half, too.

In second place was Kelleher (7.4), who performed admirably in place of Alisson, never looking ruffled in an intense atmosphere.

The Echo‘s Ian Doyle lauded the Irishman’s “super anticipation to stop Pulisic when clean through”, while Joe Prince-Wright of NBC Sports felt he did “superbly.” 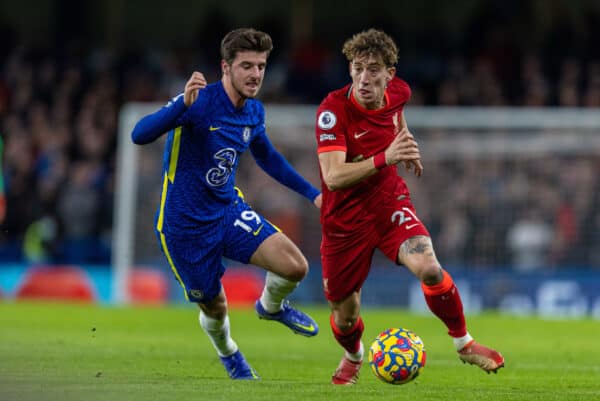 Completing the top-three was Kostas Tsimikas (6.9), as he did well in the absence of the suspended Andy Robertson.

The Greek left-back “stopped a load of crosses and launched some counters”, according to TIA, and FotMob noted that he won five out of seven duels.

Henderson (5.2) received the lowest average at Stamford Bridge, as the skipper continued his disappointing recent form.

Doyle claimed he “never really came to terms with the pace” of proceedings, while also showing frustration at his “shoulder height” passing.

Next up for Liverpool is their League Cup semi-final first leg clash with Arsenal on Thursday evening (7.45pm GMT).