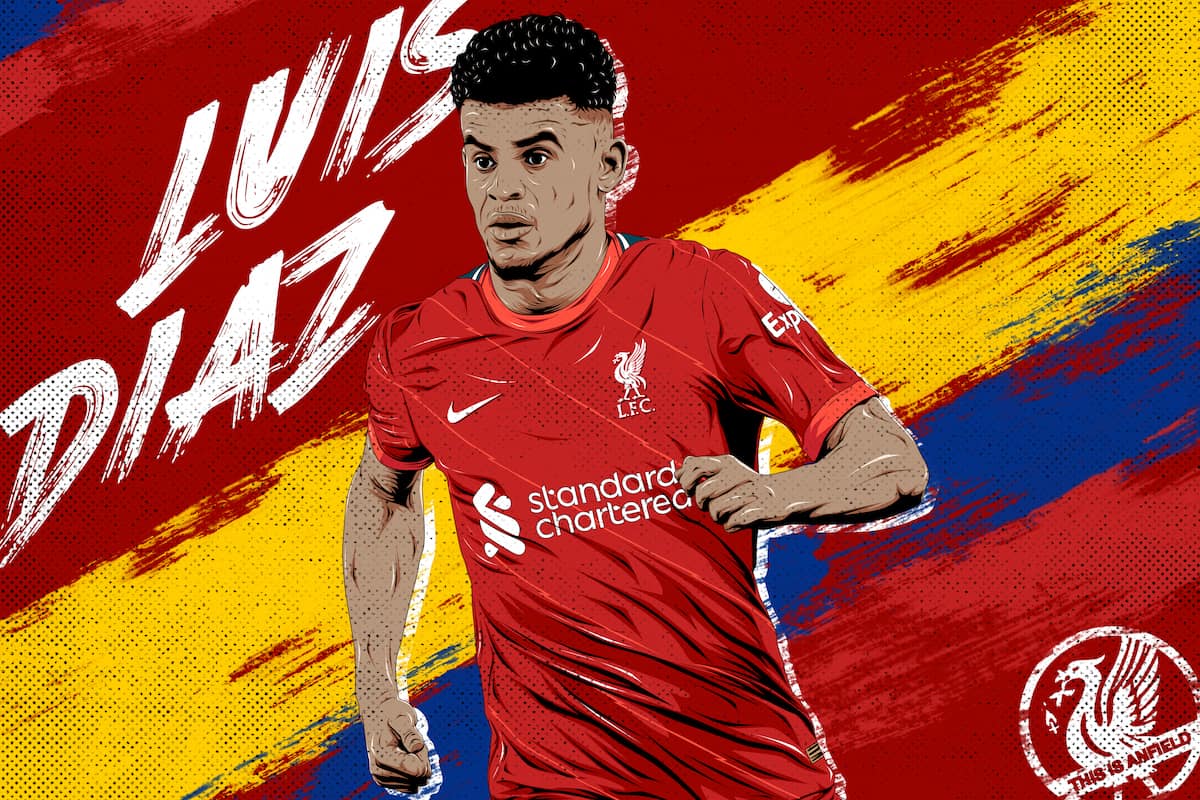 Liverpool have made their big signing of the January transfer window, with Colombian winger Luis Diaz making the move from Porto in a deal worth a potential £50 million.

Diaz emerged as a surprise late target ahead of Monday’s transfer deadline, with the Reds moving quickly to secure a move for a player earmarked for the summer.

Interest from both Tottenham and Man United accelerated their efforts, and Julian Ward led the pursuit as he prepares to take over from Michael Edwards as sporting director.

A fee of £37.5 million, plus £12.5 million in add-ons, was agreed with Porto, and Diaz has now completed his late switch to Merseyside.

He becomes the second signing of the season at first-team level, following the arrival from Ibrahima Konate in May, and provides a major boost to Jurgen Klopp‘s attacking ranks.

A 25-year-old left winger, Diaz scored 16 goals and laid on six assists in 26 games for Porto this season, bringing his total to 41 goals and 19 assists in 125 appearances for the club.

It represents a major step up in form this campaign, with the Colombia international proving he has the ability to leap from the Primeira Liga to the Premier League.

The deal was complicated by Diaz’s call-up by his national team, for World Cup qualifiers against Honduras and Peru, while it is believed that 20 percent of his economic rights were still owned by previous club Junior de Barranquilla.

Diaz’s move may put pressure on Sadio Mane, who is into the final 18 months of his contract, and it suggests the club are open to late offers for Takumi Minamino and Divock Origi.

Diaz will wear the Number 23 shirt at Anfield and could be involved in Sunday’s FA Cup tie at home to Cardiff City.

“I could not be happier that we’ve been able to get this deal done and bring Luis to Liverpool,” says Jurgen Klopp.

“He is an outstanding player and someone we’ve been tracking for a very long time.

“We believe he has everything needed to fit into our way and adapt to the Premier League, both physically and mentally.

“He is a player who is hungry for success and knows you have to fight to get what you want. He is a fighter, no doubt. He’s a skilful team player who has always the goal in mind.”