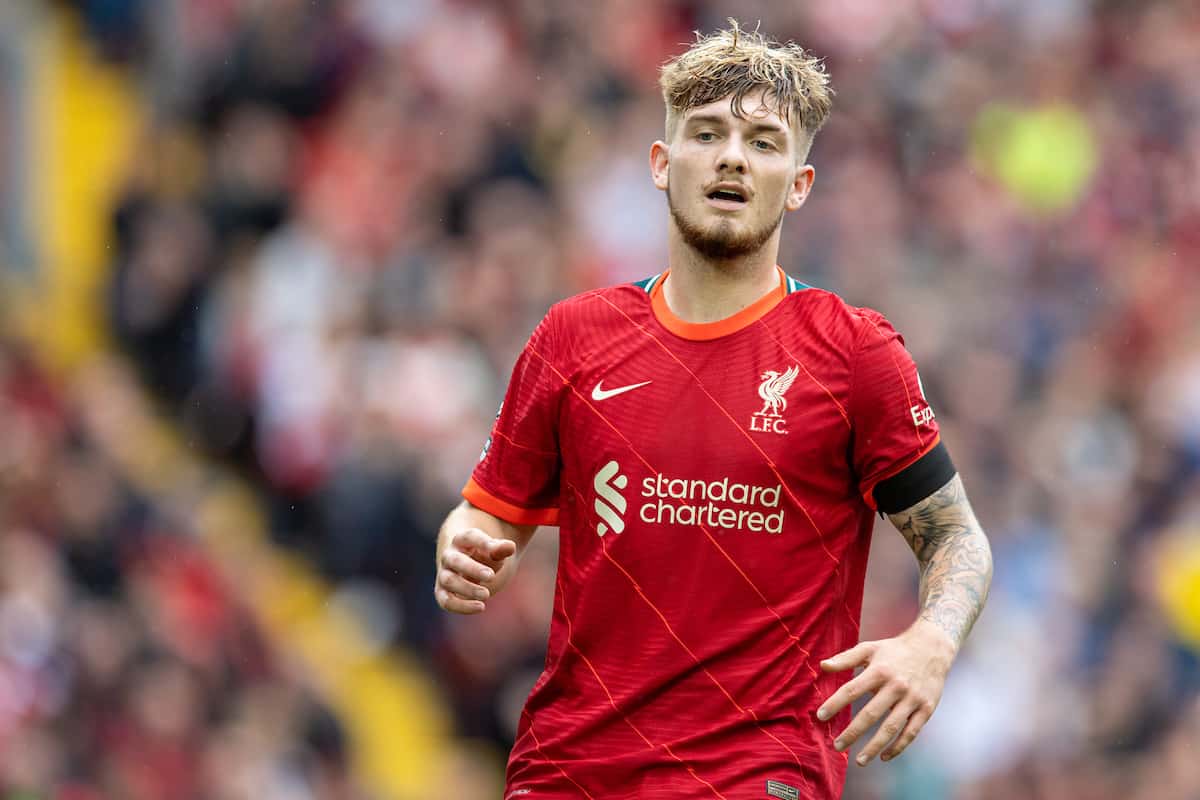 Jurgen Klopp has confirmed that Harvey Elliott should be back involved for Liverpool after the international break, with a place in the squad against Cardiff likely.

Elliott was back in full training at Kirkby earlier in the week, and was welcomed onto the pitch with a trademark hug from his manager.

It came after four months out with an ankle injury that required surgery, with the youngster praised for his attitude in recovery as he worked towards his comeback.

Assistant manager Pepijn Lijnders hailed Elliott’s performance in training ahead of the League Cup semi-final clash at Arsenal, but insisted that Klopp and his staff had forced themselves to be patient.

Speaking ahead of the trip to Crystal Palace in the Premier League, Klopp echoed this, but confirmed that the 18-year-old will be back in contention after the international break.

“I have a really nice office with a really good view of the pitches, and when Harvey did his rehab sessions in the last weeks I could watch them, probably five of them, so I got already excited about watching them.

“Then he came back, so it’s really cool.

“He was out for a long time, so we cannot and will not and should not rush it, but he looked directly like he could play!

“We had to force ourselves a little bit, to say ‘no, that makes no sense’ after a long period.

“But I’m pretty sure after the international break he should be ready.”

If he is back as expected, Elliott could be involved for the FA Cup fourth-round tie at home to Cardiff, which could give him an opportunity to build minutes against a Championship side.

He may not be the only key player back for that game, either, with Thiago due to return from a hip injury and the trio of Mohamed Salah, Sadio Mane and Naby Keita back from the Africa Cup of Nations.