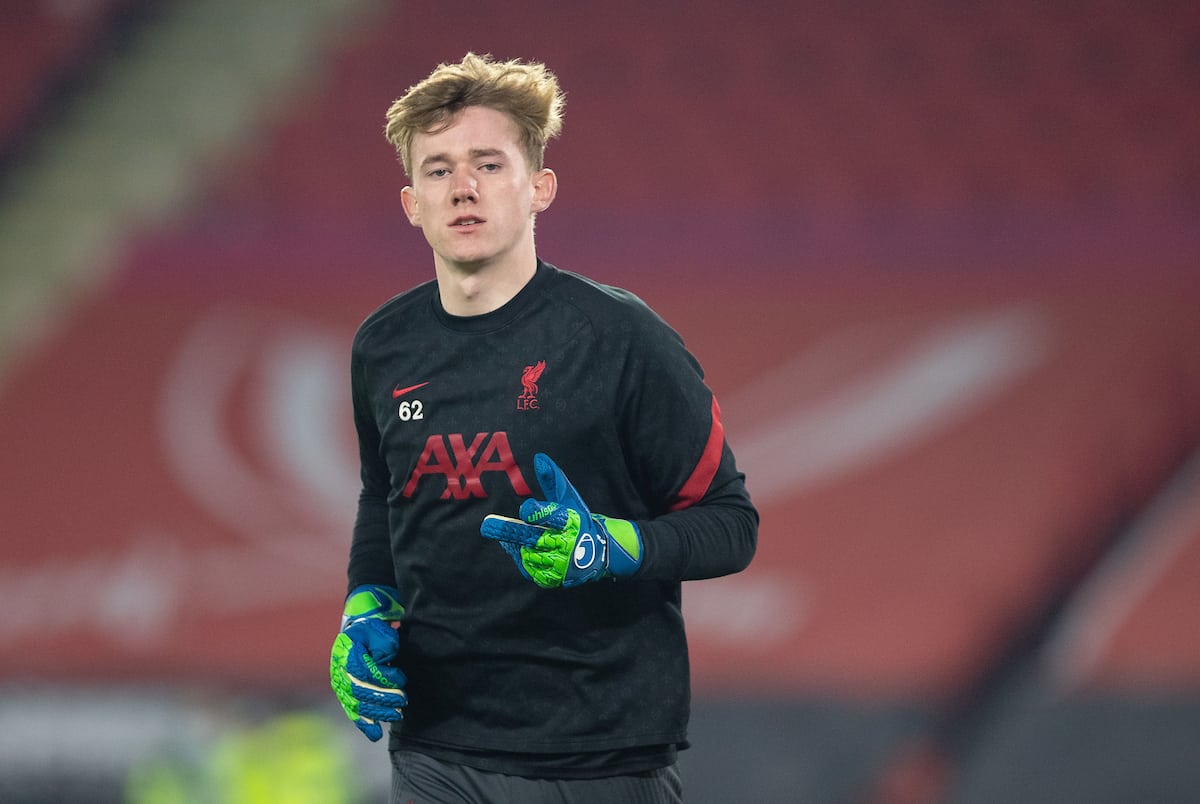 Liverpool academy goalkeeper Liam Hughes has joined Northern Premier League Premier Division side Stalybridge Celtic on loan for the rest of the season.

The 20-year-old stopper was named on the Reds’ bench for the first-team match against Sheffield United early last year, when injuries really hit hard.

The Northern Irish under-21 international is what Liverpool regard as, effectively, a ‘training goalkeeper‘: individuals of great mentality and solid ability, but who are not realistically seen as future first-team options.

Stalybridge play at level seven on the English football pyramid and are currently 15th in the league.

Celtic manager Simon Haworth said: “We’ve had troubles with goalkeepers all season with players coming and going but I’m really hoping now that Liam can come in until the end of the season.

“I am hugely respectful of the fact he’s at a club like Liverpool, it’s a great relationship for us to build.”

Liverpool currently have 11 more players out on loan, but could let a handful more youngsters depart this month.

One loanee who has returned to the club is midfielder Leighton Clarkson, and he is expected to be involved in Sunday’s FA Cup tie against Shrewsbury Town.