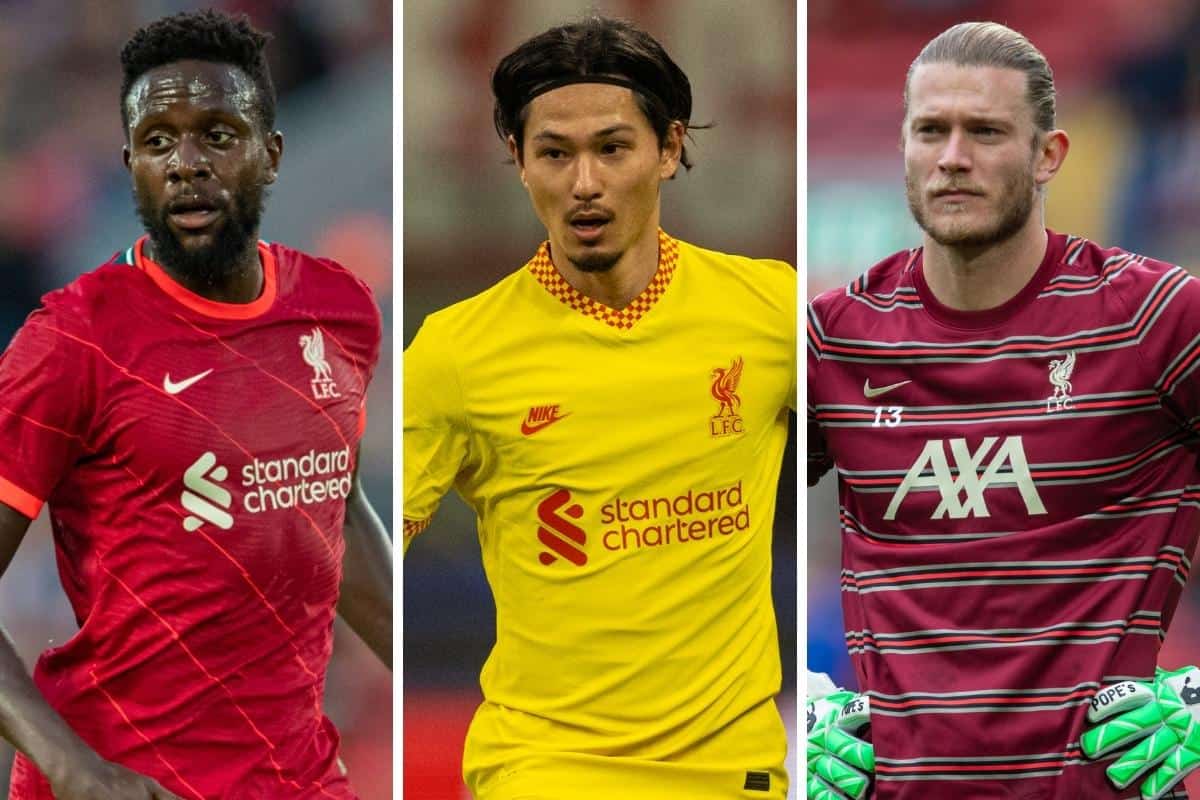 Liverpool were touted with even more deals on transfer deadline day, but having failed to land moves away, three fringe players look set to stay for the rest of 2021/22.

The Reds surprised everyone by sealing a £50 million deal for Porto winger Luis Diaz, before a late move for Fulham teenager Fabio Carvalho was initially agreed but then collapsed once it couldn’t be completed by the 11pm deadline.

Liverpool had been expected to conduct more business on deadline day, but moves never came for Divock Origi, Takumi Minamino or Loris Karius.

Despite muted interest from Burnley, Newcastle and Atalanta, Origi remains a Liverpool player, and could remain for the final five months of his contract before leaving as a free agent.

Minamino was claimed to be eager to stay despite the arrival of Diaz, and logistical issues due to him being with the Japan squad for World Cup qualifiers effectively ruled out transfers to Monaco or Leeds regardless.

And Karius had been made available on a free transfer, but as of yet has not found a new club, though there is a chance Liverpool agree to terminate his contract before it expires on July 1.

This may not be the end, of course, with windows still open in countries such as Austria, Russia, Turkey and Switzerland.

But Liverpool’s squad appears to be settled for the rest of the season, including youngsters Rhys Williams and Leighton Clarkson, who were both recalled from loan spells without arranging a follow-up.

Elsewhere on Monday, Nat Phillips and Neco Williams brought the number of players out on loan to 15, as they joined Championship promotion-chasers Bournemouth and Fulham respectively.

There were few other outgoings in January, however, with Morgan Boyes and Tony Gallacher the only players to depart on permanent deals and Vitezslav Jaros and Liam Hughes the only other mid-season loanees.