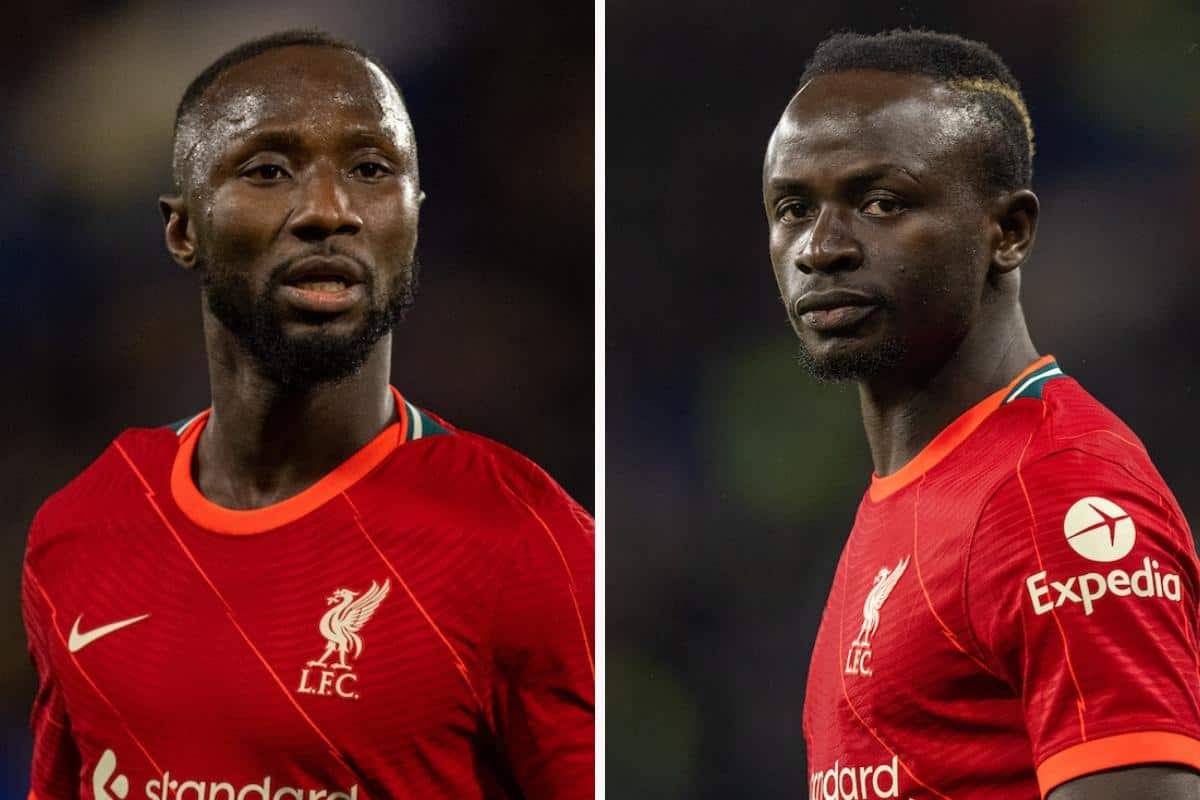 A captain’s showdown between Sadio Mane and Naby Keita at the Africa Cup of Nations ended in a stalemate and with the latter receiving a yellow card for a challenge on the former.

It was a battle of Liverpool’s No. 10 and No. 8 in the Africa Cup of Nations as Senegal met Guinea in the second game of the AFCON group stage.

Both donned the captain’s armband as their respective teams aimed for two wins on the bounce, but the match followed the theme of the competition so far.

That being goals proving few and far between.

Guinea started as the better of the two teams, with Keita naturally standing out and dictating play for his side – notably, he took a number of corners that cleared the first man!

The Reds could have done with that against Arsenal on Thursday.

The game then ebbed and flowed in the Cameroon heat as Senegal grew into the contest, both Mane and Keita had a brief sights of goal before quickly seeing the window of opportunity close.

The two relished the battle and Keita ended up on the receiving end of a yellow card after tackling Mane from behind just after the hour mark, the winger’s wry smile in the aftermath said it all.

But with Mane dropping deep to then drive forward, he was instigating plenty for Senegal and ought to have had an assist to his name after slotting in Bouna Sarr – who could only fire wide.

A stop-start finish to proceedings did little to help trigger any goals as the two teams were left to take a solitary point and swiftly move on to their final Group B game – (Senegal vs. Malawi and Guinea vs. Zimbabwe).

The pair have played 180 minutes to date in the competition and with four points apiece in Group B, both look set for the knockouts which will ensure they will return to Merseyside no earlier than January 26.