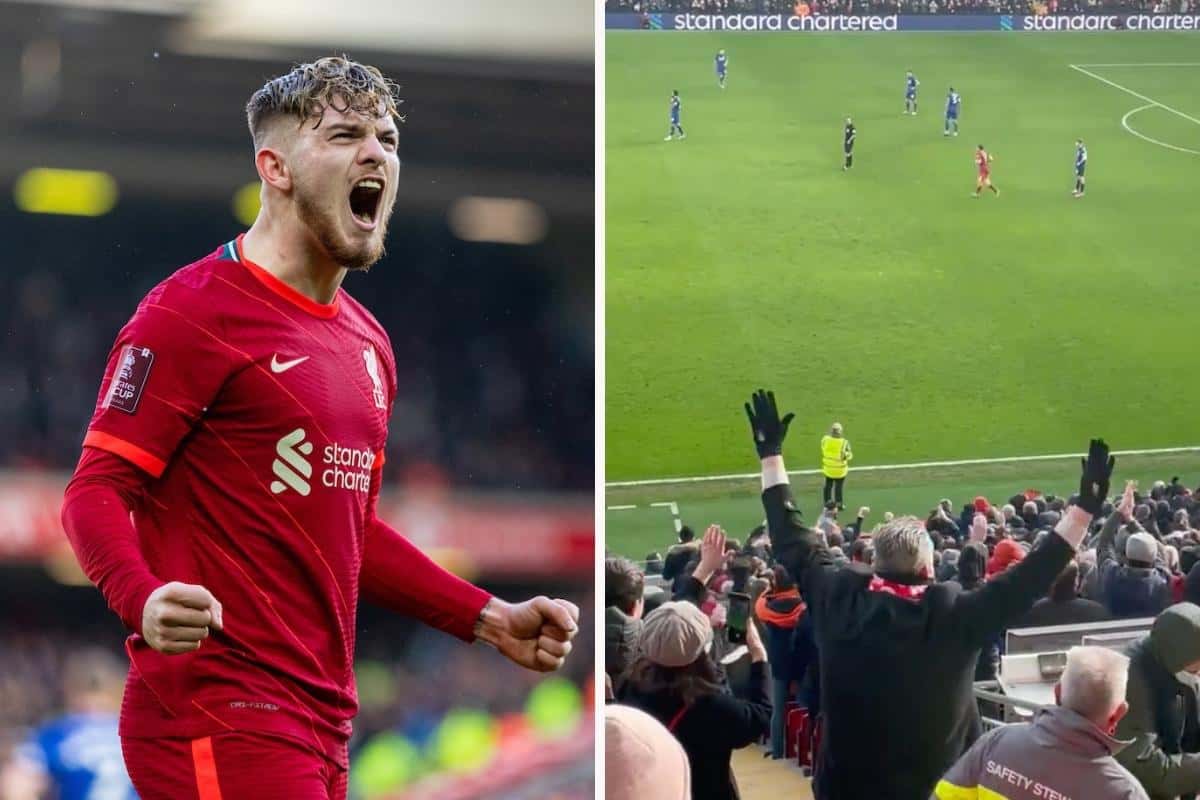 “I can imagine his dad was in the stands and had a little breakdown” was Jurgen Klopp‘s prediction after Harvey Elliott scored his first goal for his boyhood club, and he was right.

Elliott is living every Reds’ dream; donning the Liverbird, playing at Anfield and scoring at the Kop end.

The latter is what the 18-year-old did on his return after a 147-day absence from a nasty ankle injury, with his 30-minute cameo an emotional one for more reasons than one.

It showed as Elliott spun and ran to the corner after his superb instinctive volley, but while the No. 67 took in the adulation from his teammates and fans, one of his biggest supporters was taking in the moment in the stands.

That was his dad, Scott, and heartwarming footage from the Main Stand shows just what it means to those closest to the players, especially after the journey just undertaken by the teenager:

The video, shared by Saad Wadia – Ian Rush and Owen Beck’s agent – is touching and raw, just how football should be after Elliott’s first goal for the club.

“It’s a stadium for all of us but for him, it’s the stadium – the only stadium!” Klopp said to beINSPORTS of his young star.

“He’s been a Liverpool supporter since he was very little, he’s not grown that much but he’s now a proper football player and it’s a really nice one.

“I can imagine his dad was in the stands and had a little breakdown, it was just nice.”

That it was Jurgen, that it was.