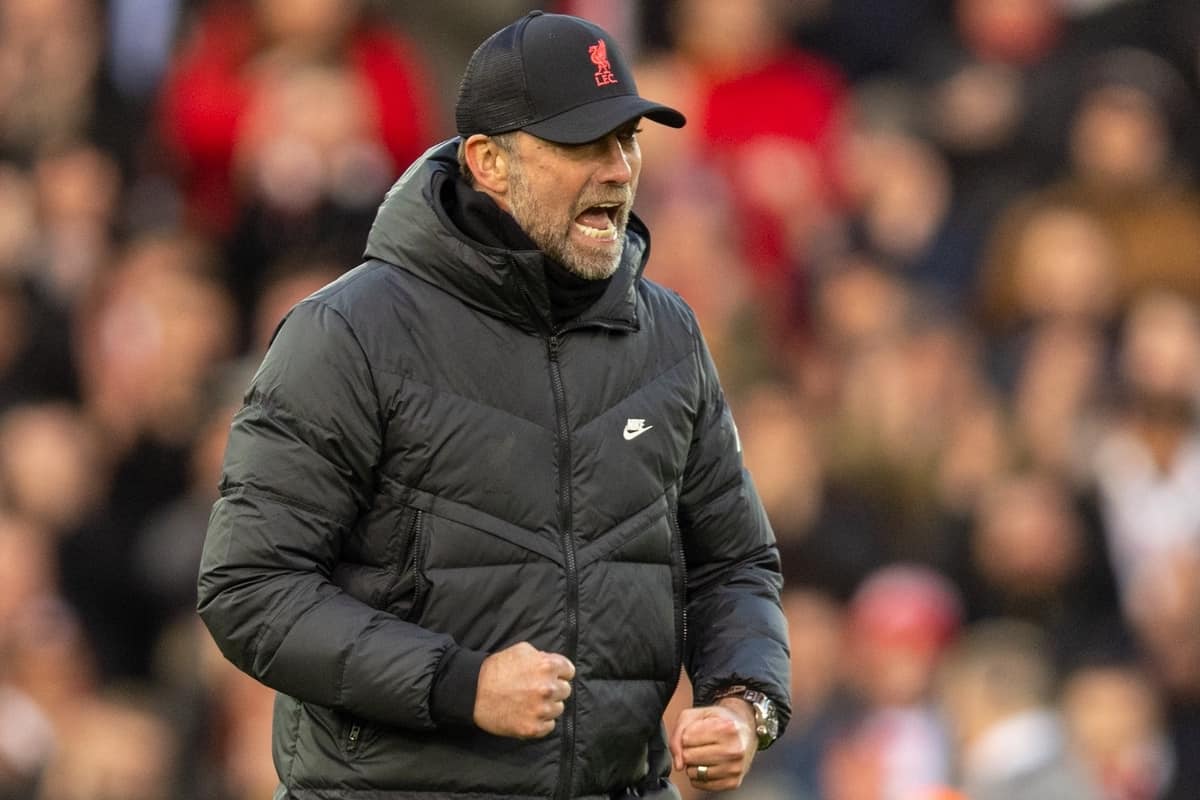 Liverpool manager Jurgen Klopp is determined to ensure his side are remembered for their achievements and not missed opportunities.

The Carabao Cup final against Chelsea on Sunday offers the chance for the German to add to his haul of Champions League, Premier League, Club World Cup and European Super Cup titles since arriving at Anfield in 2016.

But he has also been a losing finalist on three occasions in that time, suffering defeat in the League Cup and Europa League showpieces in 2016 and Champions League in 2018, while Liverpool also narrowly missed out on winning the Premier League in 2019.

And while Klopp is managing arguably the best Liverpool squad since the greats of the mid-1980s, he is keen they reap the rewards.

“We all know that in the moment the people are really happy [with this team],” said Klopp.

“But in 20 years if you want to talk about this team, I would not be surprised if people would then say if we don’t win anything anymore, ‘Yeah they were good, but they should have won more’.

“That’s why we should try now to win a few things. And the next chance, the best chance we have this weekend, is against Chelsea when it’s really tricky.” 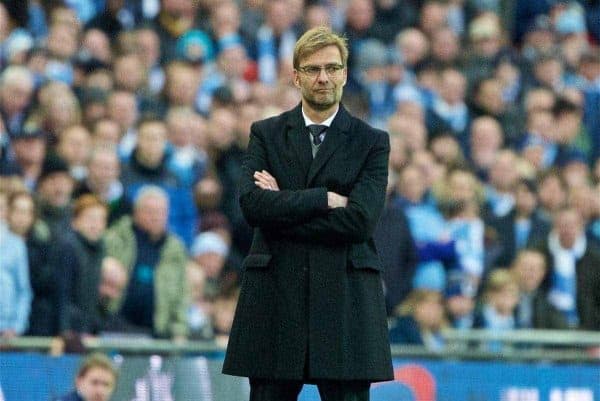 Klopp has been criticised in the past for appearing not to take the League Cup seriously with some of his team selections, despite it being his first major final just four months after arriving in England.

However, a look at his record shows he also reached the semi-final in 2017 and the quarter-finals in 2020, having gone out to Premier League opponents Chelsea, Leicester, Arsenal and Aston Villa – Liverpool playing a youth team as the seniors were at the Club World Cup – in other seasons.

So how much more satisfaction would Klopp take from winning the competition to silence his critics?

“I don’t take that, no. It makes me happier than you can imagine but no, it would not be extra,” he added.

“It was absolutely never the case [not taking the competition seriously].

“I don’t think we ever could have lined up differently in the specific games considering the intensity of the schedule around it. That’s it.

“I’m sure since we worked together you thought once or twice that I couldn’t be bothered about the Carabao Cup, I know that.

“I wish you would have been once in my situation between two other games making a decision about the team for this one game and considering all the information I had from the medical department and then you say afterwards, ‘you obviously don’t want to win it’.

“No. I just collect the bones and use the last of the few guys we have. Usually we go out in December, historically, pretty early, and it’s a time when we play every three minutes. Then you have the wrong draw.

“Size-wise our squad has been like it is now for the past two or three years. The only problem is they were never all available.

“That means you have to bring in all the kids and then you draw Chelsea away. Congratulations.

“That’s nothing to do with not wanting to win the competition. It just means we have to consider all the other stuff as well.

“It makes me even more happy that we found a way to Wembley.” 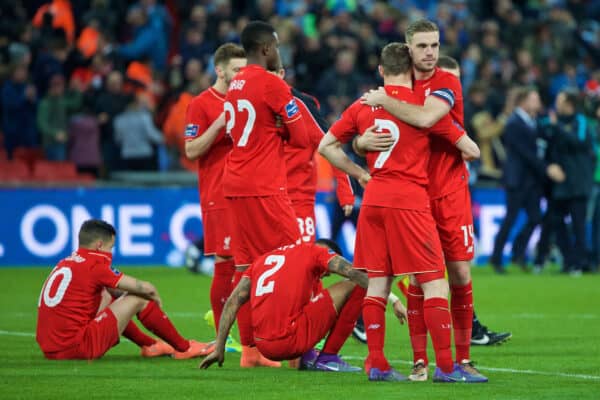 Of the players who will be in the squad for Sunday, only Jordan Henderson, James Milner, Roberto Firmino and Divock Origi were around for the 2016 final.

Since then Klopp has undertaken a considerable upgrade.

“It was clear that we were going to have to make changes but it was more of a natural thing,” said the manager.

“I really thought that team had a great improvement over the season. We played 60-something games and that is why it was really tricky.

“The [Europa League] final at the end was one game too much. We did not have the physicality anymore for a football game, at least not for two halves.

“So at that moment [of the League Cup final defeat] it was not my plan to change it, but when you are here for six, seven years that is something that will happen. It is a natural process.

“We probably would have won the final that day with the team of today.”