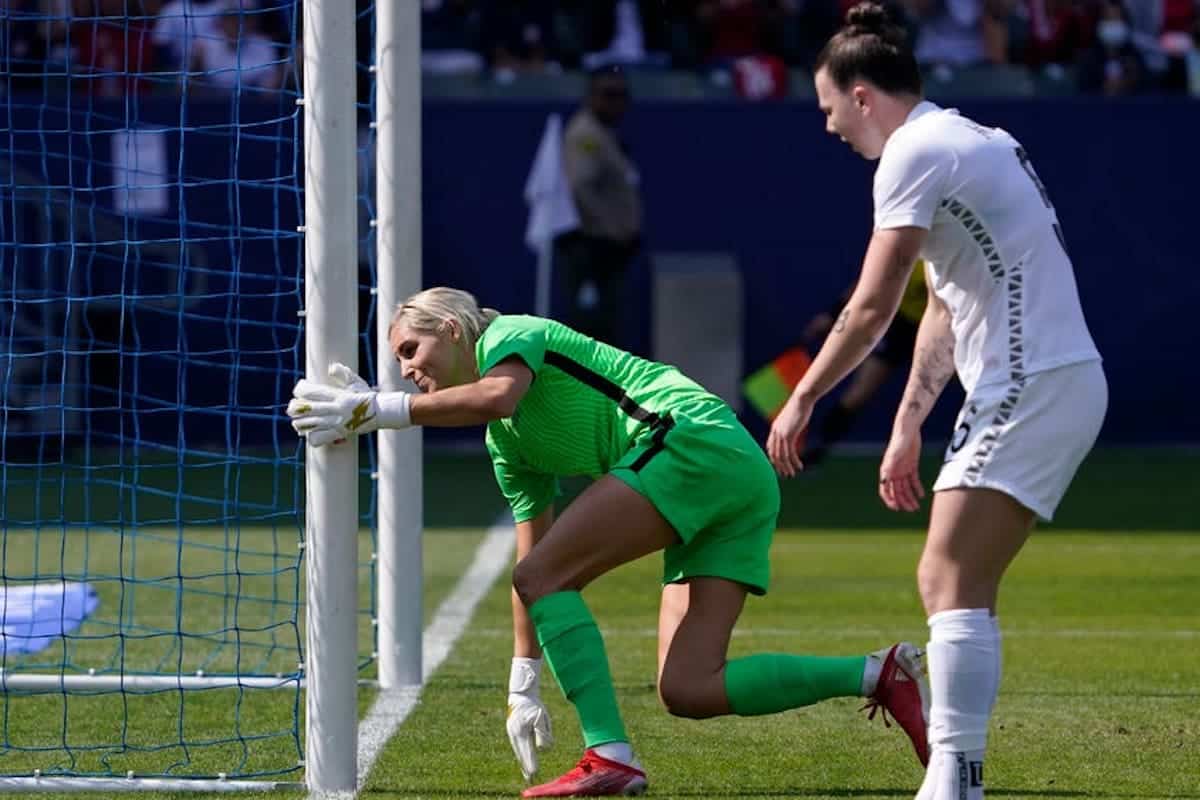 Liverpool defender Meikayla Moore had a game to forget for New Zealand as she scored a hat-trick of own goals.

Moore achieved the unwanted feat playing for her country against the United States in the SheBelieves Cup.

Her own goals came from her right foot, left foot and head – known as a perfect hat-trick when scored at the right end – and she was substituted before half-time.

The 25-year-old’s nightmare in Los Angeles began in the fifth minute when she turned home Sophia Smith’s cross at the near post with her right foot.

Moore barely had time to clear her head when she scored a second own goal just 82 seconds later.

This time Moore knew very little about it. Margaret Purce managed to get a head to a cross from Sofia Huerta and the ball smacked Moore in the face and deflected into the goal.

Worse was to come for Moore after 36 minutes when she stabbed Purce’s cross past Kiwis goalkeeper Erin Nayler with her left foot.

Moore failed to make it to the half-time interval as she was taken off four minutes later by Football Ferns coach Jitka Klimkova.

These things always attract attention but every fan of LFC Women will tell you the only things you need to know about @MeikaylaMoore – a class person, a class player and as proud a New Zealander as you'll find. As @Vick_Jepson says: 'Tough times don't last but tough people do' ??

The Christchurch native played for Cologne and Duisburg in Germany before joining Liverpool in 2020.

Ekeren defender Stan van den Buys scored a hat-trick of own goals against Anderlecht in the Belgian League during the 1994-95 season.