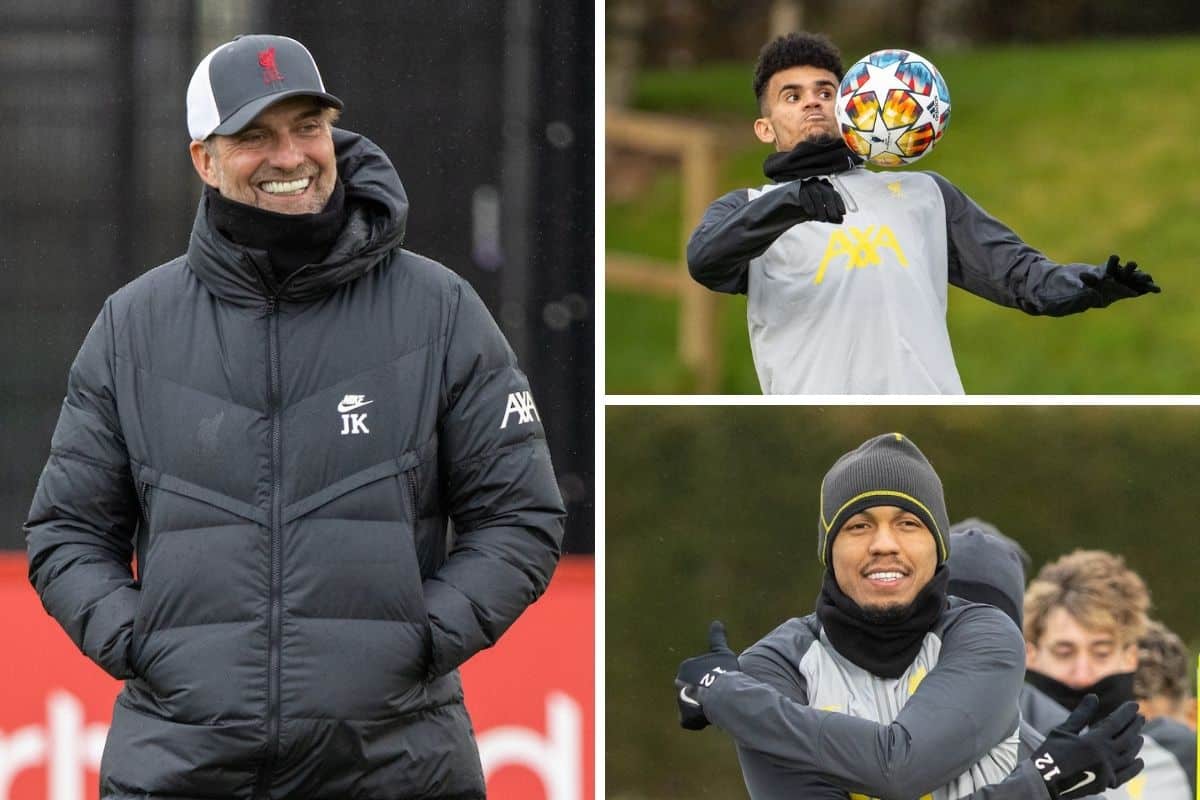 Liverpool have no new injury concerns ahead of their Champions League trip to Inter Milan on Wednesday night, with a full-strength training before the flight to Italy.

The Reds are to make their way to Milan later on Tuesday, after holding an open training session at Kirkby and a press conference via video link.

With Liverpool in a rare position of having every player available for the 1-0 win at Burnley over the weekend, it had been hoped that the same situation would unfold for the last-16 opener.

That appears to be the case, with a 29-man squad warming up in front of the cameras at around 1pm.

Jurgen Klopp even called upon the returning Rhys Williams as part of his training group, with the 21-year-old back from his spell with Swansea and effectively serving as fifth-choice centre-back for the rest of the season.

It is unlikely that Williams will make the flight to Italy, and he is as yet not registered for the Champions League in any case.

Tyler Morton and Marcelo Pitaluga were the only other academy youngsters involved, with the depth of Liverpool’s senior squad ensuring the likes of Conor Bradley and Owen Beck remain with the under-23s.

Klopp faces a series of difficult decisions when it comes to his starting lineup at the San Siro, with a plethora of options in defence, midfield and attack.

It is likely that Andy Robertson, Virgil van Dijk and Trent Alexander-Arnold are all retained at the back, with Joel Matip the more feasible starter than Ibrahima Konate. 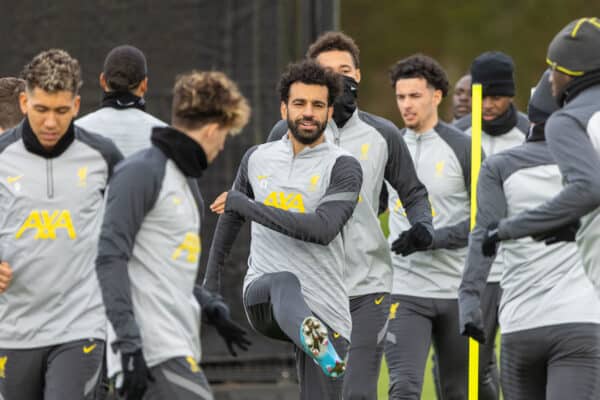 In midfield, the debate rages on over whether Jordan Henderson should keep his place, with the captain’s form suffering of late, leading to questions over who should join Fabinho and Thiago.

Meanwhile, Luis Diaz and Diogo Jota could both be in contention for a starting place in the Champions League, though Sadio Mane trained as usual after an earlier-than-planned return at Turf Moor. 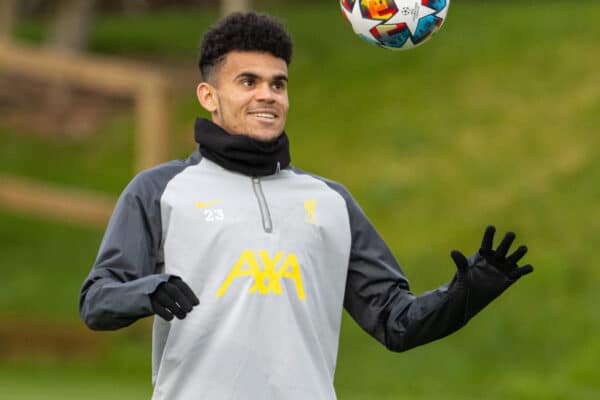