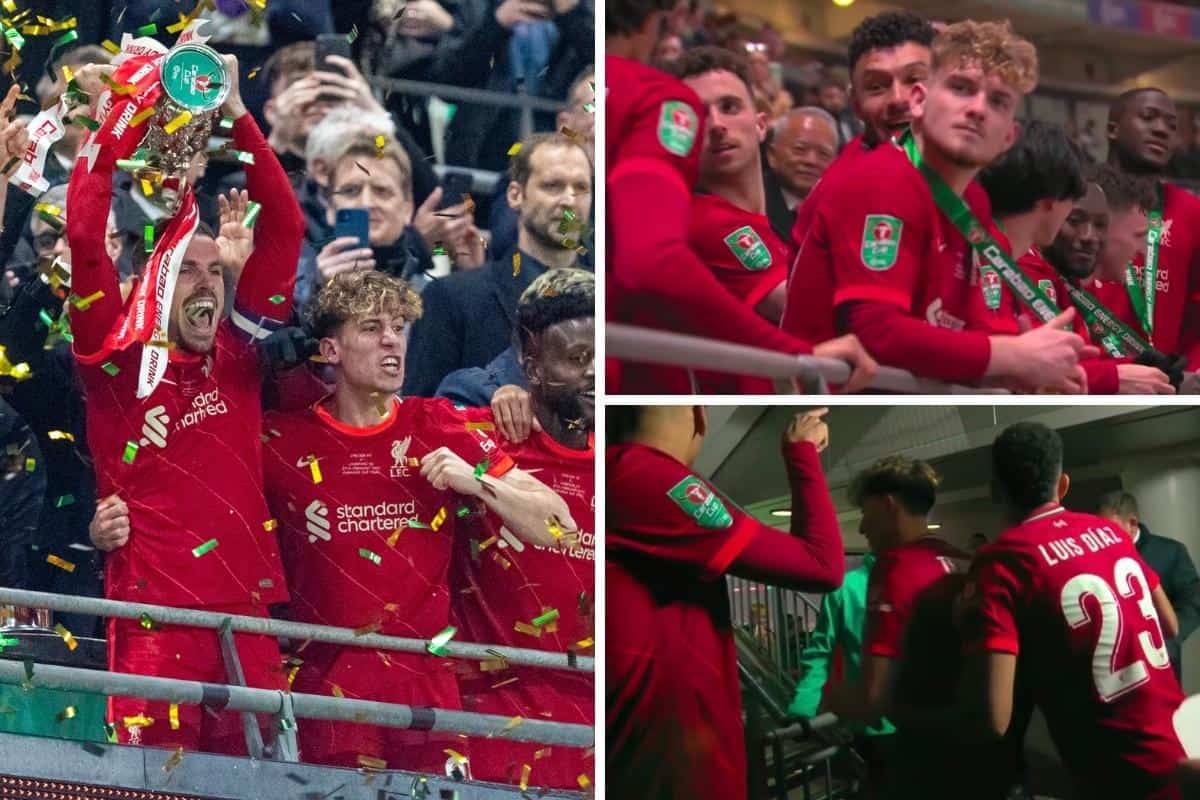 Liverpool lifted the League Cup trophy for a record ninth time on Sunday evening, but some of the squad did so without their medals after a mixup in the stands at Wembley.

The Reds prevailed over Chelsea after an enthralling two hours of football, with Kepa Arrizabalaga sent on for the penalty shootout only to miss the decisive spot-kick.

It was a moment of humiliation for the Spaniard, deemed Chelsea‘s penalty specialist over the outstanding Edouard Mendy, while Jurgen Klopp‘s faith in deputy stopper Caoimhin Kelleher paid off.

Kelleher was one of those who didn’t receive a winner’s medal ahead of the trophy lift high in the stands at Wembley, with half of the squad held up in the stairwell beforehand.

This made for a strange sight as Jordan Henderson held the League Cup aloft without a medal, with Virgil van Dijk, Mohamed Salah, Fabinho and Luis Diaz also among those not handed one.

Nevertheless, the moment was a special one as owners John W. Henry and Tom Werner watched on, with Liverpool becoming the first club in English history to win the trophy for a ninth time.

There was a Hendo shuffle in the stands as confetti rained down on the Reds – which saw Ibrahima Konate inhale part of it in the madness!

Liverpool have extended their lead as the most successful club in England, having now won 49 trophies, which is four more than the next highest in Man United.

They can now set their sights on even more silverware this season, with Klopp’s side in with a chance of a quadruple as they remain in the hunt for the Premier League, Champions League and FA Cup.

The FA Cup is up next, with Norwich the visitors in the fifth round on Wednesday, by which point the Reds will hopefully have recovered from their celebrations in the capital.